What is the 5GPPP? 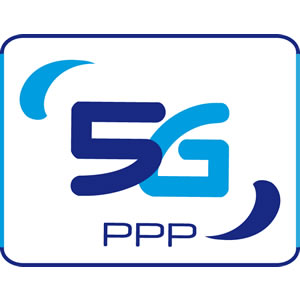 The 5G Public-Private Partnership (5GPP) claims to be the word’s biggest 5G research programme. It is a joint initiative between the European Commission (EC) and the European ICT industry and aims to deliver 5G solutions, architectures, technologies and standards.

The EU has committed to invest €700 million over the course of the programme, and the private sector is expected to invest more than five times that amount, for a total investment of over €4 billion.

The 5GPPP comes under the scope of the European Union (EU)’s Horizon 2020 research and innovation framework. The 5GPPP Contractual Agreement was signed in December 2013 by the EC, representing the public side, and the 5G Infrastructure Association (5GIA), representing the private side.

The 5GIA was set up specifically to sign the contract. It is an international non-profit organisation based in Belgium and set up under Belgian law.

The 5GIA’s membership comprises 34 elected members, the majority of which (17) are industry organisations including manufacturers and carriers, some of them European subsidiaries of global companies, like Huawei and NEC. There are also six research bodies, six SMEs and five ‘additional organisations’ including IBM, Intel and Samsung.

The 5GIA also has a number of associate members, including other research organisations, user groups and standards bodies.

The 5GPPP Contractual Agreement was signed in December 2013 and the partnership was officially launched at Mobile World Congress in February 2014.

In broad strokes, the 5GPPP will be organised in three or four stages, covering:

The call for projects for the first phase, with EU funding of €128 million, closed at the end of 2014. A total of 83 submissions were received, and 19 were selected. Work on the majority of these began in July 2015.

In October 2015, the 5GPPP published 46 topics for proposals, three of which closed in January 2016 with a total of 12 received. Proposals for 20 topics were due by April 2016, and 1,080 proposals were submitted. The proposed budget for this round was €460.7m and the first agreements are expected to be signed in November 2016. The number of proposals that can be funded will depend on the actual available budget and the EC’s selection process.

Five topics opened in May 2016, with proposals due in November. In December 2016, a further 18 topics will be opened with a proposal deadline of April 2017.

WHAT WILL IT DO?

It is envisaged that research projects and cross-project working groups will combine to deliver 5G technologies and standards, paving the way and setting the stage for commercial deployment of 5G in Europe from 2020.

The EU’s involvement is designed to put European companies at the forefront of 5G research and deployment, to build up the region’s role in ICT and enable European industry to compete globally. It wants to put Europe in a leading position in areas where it is already strong, or in the creation of new markets such as smart cities, e-health and intelligent transport.

Recognising that 5G networks will need to address the needs of specific industries from the outset, 5GPPP covers five key verticals: health, automotive, factory of the future, energy, and media and entertainment.

5GPPP projects in the first stage focus largely on radio and wireless technologies, with work on maximising the efficiency of wireless interfaces, optimising the use of spectrum and energy and other scarce resources, and increasing the throughput capability of the infrastructure. It is anticipated that the first wave of projects will set the pace for standardisation and spectrum planning.

HOW IS IT ORGANISED?

Each of the active projects has its own website and contact details, with multiple partners from multiple countries working on each project. There are a number of cross project working groups, including 5G Architecture, Pre-Standardisation, SDN/NFV, Security and Spectrum.

The working groups have been borne out of the activities of the 5GIA and out of the projects, for example the Security Work Group was created in 2016 by the 5G-ENSURE project with the aim of supporting a common security architecture across 5GPPP projects, and thereby across 5G in Europe. 5G-ENSURE has held an open consultation on 5G security standardisation, and the next step is to put forward good practices and recommendations that can be implemented by 5GPPP projects.

The 5GPPP has signed partnerships with similar 5G initiatives outside Europe, including the South Korean Ministry of Science, 5G Americas (based in the US), Fifth Generation Mobile Communication Promotion Forum (5GMF, Japan) and the IMT-2020 (5G) Promotion Group (China).

A joint declaration on 5G is expected to be signed with India in November 2016.

Useful reading: What is 5G

A report by O2 found that revenue could be boosted...

Vodafone has beaten rivals to offer 5G on Pay As You...

The famous home of Robin Hood should provide innovation...