What are Pre5G and 4.5G? Migrating towards 5G networks 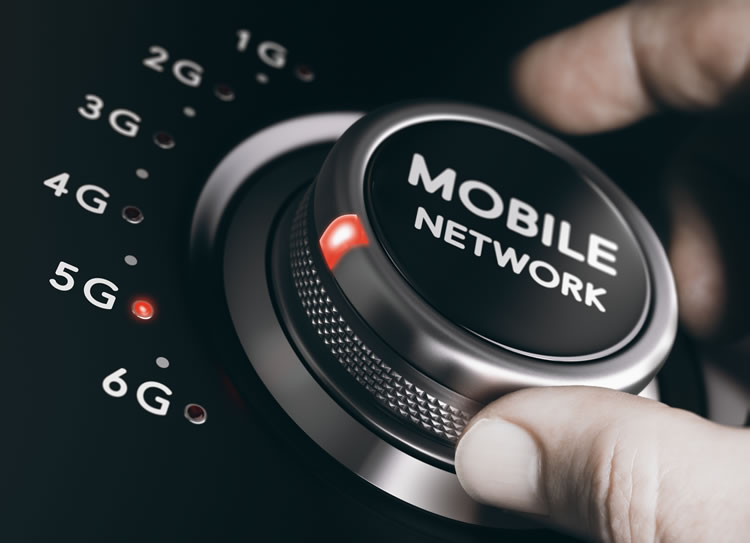 Hoping to plug the gap between 4G and 5G, Pre5G and 4.5G are attempts by network vendors to push LTE A-Pro technology and realise 5G-like performance on 4G networks.

To break the gigabit-per-second speed barrier in advance of 5G's arrival. The first components of super-fast 5G mobile networks will likely not be installed until at least 2020. Then will begin a slow process of network upgrades that could take many years.

So is the global telecoms industry in stasis until 5G's arrival? Absolutely not. There’s now a race on to develop 5G pre-commercial prototypes, with the goal of achieving something approaching 5G speeds by pushing 4G networks to their absolute limit.

Both Pre5G and 4.5G are marketing speak for next generation network technology between 4G and 5G. They're a promise of 'tomorrow’s tech today', an attempt on the part of network vendors to convince operators to upgrade their existing 4G infrastructure ahead of 5G's introduction.

The phrase Pre5G was coined by ZTE in 2014, and the Chinese company and its partners presently use it to describe how technology created for 5G networks can be used to maximise 4G networks. Although it’s essentially involved in the same activities, ZTE’s major rival in China, Huawei, doesn’t use the term Pre5G. Instead, the Shenzhen-based company calls its 4.5G, a term it first used it in 2014 ahead of the standardisation by 3GPP of LTE-Advanced Pro.

That's key, because what Pre5G and 4.5G have in common is that they both describe the same stop-gap between what we have now, and what 5G will bring. That essentially translates as LTE-Advanced and LTE-Advanced Pro, with the latest technology added.

Since LTE-Advanced (LTE-A) is essentially 4G, LTE-Advanced Pro (LTE-A Pro) aims to significantly increase the data speeds and bandwidth available for mobile communications. Sometimes called Gigabit LTE, it's a stepping stone towards 5G – and that's exactly what Pre5G and 4.5G are. The key attributes that will define LTE-Advanced Pro are:

What are the goals of Pre5G?

Designed to become available much earlier than 5G, though in many ways offering a similarly fast and reliable user experience to 5G, Pre5G networks will, says ZTE, offer both high bandwidth and low latency. The IMT-2020 (5G) promotion group, an organisation created by China to oversee 5G development, wants Pre5G to mean:

What are the user benefits of Pre5G and 4.5G?

How do Pre5G and 4.5G differ from LTE-Advanced Pro?

What 5G technologies are part of Pre5G and 4.5G?

Network vendors are currently experimenting with various antenna arrays, frequency bands and other technologies to make existing spectrum capable of offering 5G-like connectivity. Such technologies are numerous, but include:

Only as sporadic experiments. Pre5G will use some candidate technologies for 5G. For example, in July 2017, ZTE, China Mobile (the world's largest telecoms carrier) and Qualcomm demonstrated a so-called Pre5G technology by achieving a peak network rate of 1Gbps on a TD-LTE commercial network in Quanzhou, Fujian, China. The technologies used included multi-carrier aggregation, 4x4 MIMO and 256QAM.

The gigabit era is coming. Whether you call it Pre5G or 4.5G, this shorthand for describing technology beyond 3G, but not quite 4G, is primarily about achieving ultra-fast mobile broadband speeds as quickly as possible. It boils down to two key presumptions by the telecoms industry; the amount of data traffic carried over mobile networks will continue to grow, and the average consumer will not care whether his or her phone's 1Gbps download rate is being achieved via 4G or 5G networks.

It's important to stress that terms Pre5G and 4.5G are primarily used as part of a marketing drive on the part of mobile network vendors ZTE and Huawei, and their technology partners, to promote LET-Advanced Pro. Whatever is understood by them, Pre5G and 4.5G should result in the most advanced 4G networks possible in advance of 5G's introduction, and herald the start of both gigabit speeds and ultra-low latency. However, for the peak data rates to 10Gbps and latency of under one millisecond promised by full-fledged 5G networks, consumers will have to wait until well into the 2020s.

Useful reading: What Is 5G?