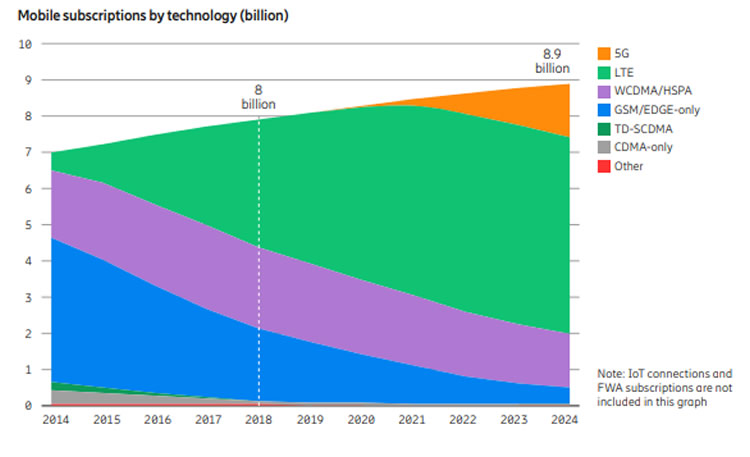 The total number of mobile subscriptions was around 7.9 billion in Q3 2018, with 120 million new subscriptions added during the quarter.

The number of mobile subscriptions grew at 3 percent year-on-year and currently totals 7.9 billion. China had the most net additions during the quarter (+37 million), followed by India (+31 million) and Indonesia (+13 million). The high subscription growth in China continues from Q1 and Q2, and is likely the result of intense competition among communications service providers.