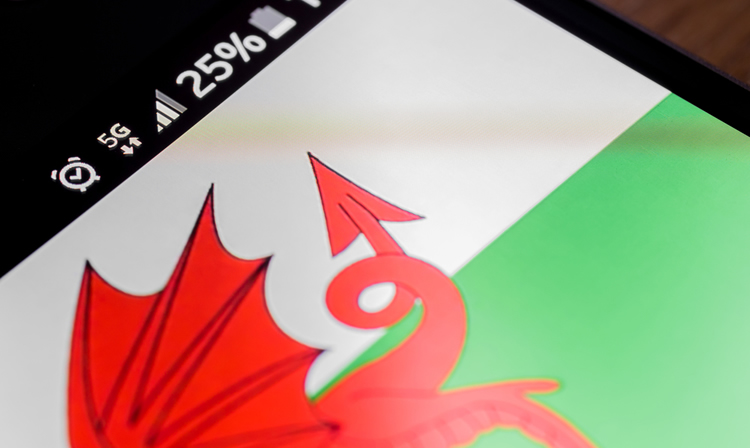 The UK Government’s target of nationwide availability of ultrafast fibre broadband by 2025 is widely considered unachievable, so the NICW have pragmatically assessed alternatives to ubiquitous fibre broadband for the short and medium terms. One of the connectivity challenges Wales faces is that a large percentage of the population live in rural communities often surrounded by geographical terrain that may be less than ideal for running fibre cables through.

This is where 5G deployments may prove invaluable in providing fixed wireless access (FWA) broadband connectivity to homes and businesses with data transfer rates comparable to fixed-line fibre broadband. Failure to provide digital communications infrastructure to these areas will inevitably result in businesses and young people moving away to more connected urban areas. The report identifies the deployment of 5G FWA as a key method in speeding up ultra-fast broadband delivery to these places in the Welsh countryside and while simultaneously reducing the infrastructure cost.

The NICW reports shows that the UK is somewhat behind other developed nations in using our mobile networks for FWA connections and it welcomes the UK government’s decision in 2020 to invest £500m in a Shared Rural Network, which will benefit Welsh rural communities.

The report recommends that in addition to this, ambitious targets should be set for 4G and 5G FWA with maximum involvement from the UK mobile network operators and the UK telecoms regulator Ofcom. This strategy could include the use of Welsh Government funds to financially support mobile infrastructure under a new, more flexible, ‘Gigabit Cymru’ programme. In order to catalyse this process a key recommendation is that the Welsh Government act quickly to replace the existing Wales Digital Infrastructure Group with a high profile ‘barrier busting’ taskforce led by a senior civil servant, similar to that created by the UK Government, with clear objectives and deadlines within which to achieve them.

The first phase of the plan is a clear example of a 5G deployment meeting a simple need from business and consumers for upgraded connectivity services. As the NICW point out, there is also a future-proofing strategy at play here too in the second phase, whereby more advanced 5G-specific services in IoT and Smart City categories could lead to some significant upsell for the network operators 5-10 years into the future. The report makes it clear that stimulation of digital communications infrastructure in Wales is necessary now to pave the way for those types of digital successes in the future and 5G connectivity will play a major part in that transformation.