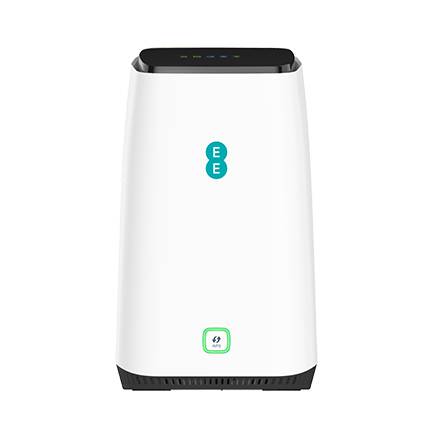 The 5GEE Router 2021 is simply the best 5G home broadband router you can get at the time of writing - just be aware that there are cheaper options that are almost as good if you're not set on EE.

EE has upgraded its 5G router for 2021, launching the straightforwardly named 5GEE Router 2021.

What’s less straightforward is how this differs from the older 5GEE Home Router – a device which at first glance seems quite similar.

So has much actually changed here? And is this the 5G home broadband router for you? Below we’ll dive into all of that to help you come to a decision. 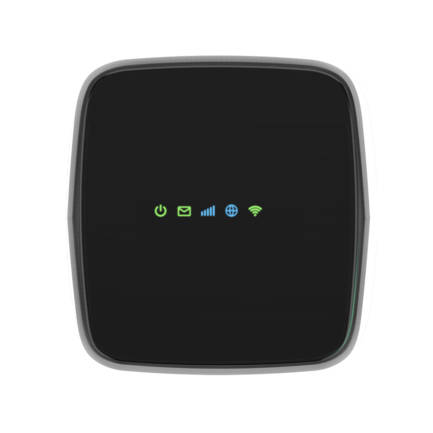 Router design is rarely exciting and the 5GEE Router 2021 is no exception. That said, it’s actually one of the best-looking options in our opinion, particularly when it comes to 5G routers.

This tall, curved box has a white body and black panels on the top and bottom, so you get an appealing contrast with the light and dark. It’s a simple thing, but this contrast makes the router slightly more striking than the otherwise visually similar Three 5G Hub and Vodafone GigaCube 5G.

Of course, you might not want your router to stand out, but the design is subtle enough that it should still fade into the background of most rooms.

One thing to be aware of with the design though is that at 227 x 133 x 131mm it’s quite large, and in particular quite tall. Height probably won’t be as much of a potential issue as having a large base, but it’s just something to note, and may affect placement.

Getting the 5GEE Router 2021 set up is no problem at all. Just wait for it to be delivered then plug it in, switch it on, and you’re basically good to go.

There will of course be settings you might want to change, such as the router password, but there’s a quick start guide to help you out, and in terms of just getting the internet up and running this is designed as a plug and play device.

This is true of all 5G routers, so it’s not a selling point specific to the 5GEE Router 2021, but it does give it the edge over fibre broadband, which typically involves an engineer visit.

Unlike most fibre plans, there’s also no need for you to have a landline, which not only simplifies the setup process, it also means you can cut your costs by getting rid of yours – if you don’t use it.

And given the simple setup process, the 5GEE Router 2021 is also easy to rehome if you move house, or you could even potentially take it with you on holiday.

The 5GEE Router 2021 boasts average download speeds of 150Mbps according to EE. That’s broadly in line with the average 5G speeds you can expect on its network when using a phone too, unsurprisingly.

What does that mean in real terms? It means this thing is fast. Many fibre broadband plans average under 100Mbps while still providing speedy connections, so 150Mbps should be more than all but the most demanding users will need.

And remember – that’s just the average. While it could sometimes therefore be slower, it could also be faster. In fact, the 5GEE Router 2021 appears to be a rebadged Zyxel NR5103 (though EE hasn’t confirmed this). But that router is capable of speeds of up to 4.67Gbps – which is far more than you’ll get on any UK 5G network, but it helps ensure that it’s future-proof and could provide faster 5G in future once the infrastructure improves.

Those top speeds are also higher than rival 5G routers offer, though the average speeds are broadly the same. 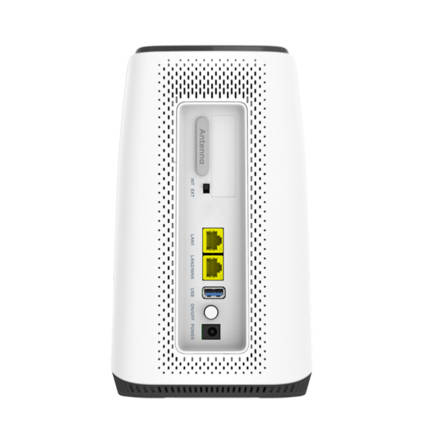 The features offered by the 5GEE Router 2021 are fairly standard but also mostly good. For one thing, it can get up to 64 devices online simultaneously. If you think about how many internet-connected devices you have in your home, chances are the number is well below that. Then consider that they’re probably not all on at the same time. So 64 should be plenty for almost anyone.

The 5GEE Router 2021 also has a Wi-Fi range of 30 metres, which again should be plenty for most people. It might not quite stretch to the end of your garden, but it should cover you whole home unless you live in a mansion.

If you struggle to get a good 5G signal then you can also make use of external antenna ports, and there are two Ethernet ports as well, allowing you to provide a wired connection to a couple of devices. Two such ports isn’t very many, with some routers having four, so that’s the only slight let-down here, but most people probably prefer sticking with wireless connections anyway.

The main rival devices to the 5GEE Router 2021 are the Three 5G Hub and the Vodafone GigaCube 5G, and handily those two are the same devices as each other underneath the network branding, making it simpler to compare them all.

Those two are actually a Huawei 5G CPE Pro, as is the old 5GEE Home Router, which this new router replaces.

The differences between that and the 5GEE Router 2021 aren’t vast, but the latter device comes out on top. While average speeds are likely to be similar, the top speeds supported by EE’s latest should be much higher – assuming it is a Zyxel NR5103 as we suspect. As noted above, that can reach 4.67Gbps, while the Huawei 5G CPE Pro tops out at 2.33Gbps.

Beyond that, you get two Ethernet ports and up to 64 simultaneous connections on all of these devices, so there’s not a whole lot else in it.

There are two other options you might be considering though. If you’re set on EE then there’s also the 5GEE WiFi, but this is a battery-powered device that’s designed to be carried around with you, so we can’t really recommend it for home broadband.

Then there’s conventional broadband, such as a fibre connection. How good that is really depends on what options are available in your home. If you’re lucky enough to be able to get the top speed plans, then you could be looking at average speeds of over 1Gbps.

This leaves the 5GEE Router 2021 (and all other 5G routers) in the dust, but most homes can’t get this, and you’ll have to pay a lot for the privilege. Those sorts of speeds are also overkill for most people, so consider whether you’d even need them.

There’s a high chance though that you only have slower plans available to you, such as BT’s Fibre 2 plan, which offers 65-72Mbps speeds – in other words some way short of what the 5GEE Router 2021 is capable of.

All of those plans are 18 months long, and it’s worth noting that Three charges considerably less for its 5G router plans.

That said, this could be worth it if you get better 5G coverage from EE in your home – especially as the hardware itself is slightly better. EE’s prices also aren’t really any worse than Vodafone’s.

The 5GEE Router 2021 is the best 5G router available on a UK network at the time of writing, so on that basis it comes highly recommended.

The actual plans it’s available on are on the pricey side, but are still just about competitive, and EE’s 5G coverage is widespread, so there’s a fair chance you’ll be able to get it in your home.

Pricing aside we have a few niggles with this, such as there only being two Ethernet ports and it not being much of an upgrade on the old model, but overall the 5GEE Router 2021 is a top device.