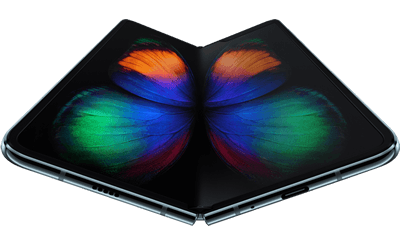 Clear all filters
Close and apply

Via Mobiles.co.uk
See Deal
Still looking for the perfect deal? Use filters to find the right deal for you.
Filter Deals
Or show more deals

1. What 5G phones are currently available?

There are currently dozens of phones available in the UK that support 5G. 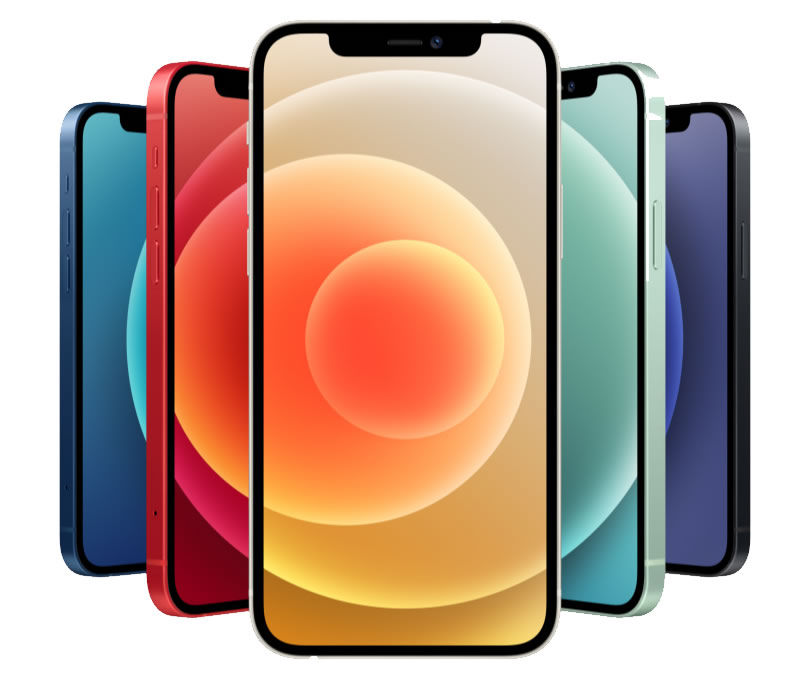 All four iPhone 12 models support 5G, but at the time of writing no other Apple phones do.

The iPhone 12 is Apple’s latest main iPhone, standing out as a great middle ground between the iPhone 12 Pro and the compact iPhone 12 Mini.

It has a 6.1-inch OLED screen, a dual-lens camera, a premium design, and truly top-end power from its A14 Bionic chipset. The iPhone 12 Mini is a very similar phone, but it’s a lot more compact at 5.4 inches, and therefore costs less.

Other than the potentially bigger screen, the main way these stand out from the rest of the iPhone 12 range is in the cameras. They have an extra lens (a telephoto one), and even a LiDAR scanner, which should lead to next-level augmented reality experiences.

There are many Samsung 5G phones, 15 of which are readily available to buy in the UK at the time of writing, including the flagship Samsung Galaxy S21 and Samsung Galaxy Note 20 ranges, and the futuristic Samsung Galaxy Z Fold 2. Key handsets include those in the chart below.

The Samsung Galaxy S21 range consists of the Galaxy S21, Galaxy S21 Plus, and Galaxy S21 Ultra, and these are Samsung’s main flagships for 2021.

All three phones are tremendously powerful, but they’re also cheaper than their predecessors were at launch, so they’re a relative bargain.

The S21 Ultra also supports Samsung’s S Pen stylus, which used to be exclusive to the Note range, and it has a pin-sharp 6.8-inch 1440 x 3200 screen. The other two models aren’t quite a match for that, but they’re also more affordable, and still thoroughly high-end in terms of specs and features.

The Samsung Galaxy Note 20 Ultra is a super-premium phone just like the S20 Ultra, but being a Note it comes with an S Pen stylus.

The Samsung Galaxy Note 20 Ultra also has a powerful Exynos 990 chipset, 12GB of RAM, and a triple-lens camera, with a 108MP main sensor, a 12MP telephoto one (with 5x optical zoom), and a 12MP ultra-wide one.

The phone has a big 4,500mAh battery too, plus plenty of other flagship features, making it a top-quality 5G phone.

The Samsung Galaxy S20 5G is one of a trio of flagships from Samsung, all of which come in 5G flavours – but note that there’s also a 4G version of this phone, so make sure you buy the right one.

You also get truly top-end power from its Exynos 990 chipset paired with 12GB of RAM, and there’s a great triple-lens camera, with 12MP main, 64MP telephoto, and 12MP ultra-wide lenses.

Huawei and Honor have launched 6 5G phones in the UK, which include the stunning Huawei Mate 20 X and the brilliant Huawei P40 range.

The Huawei Mate 40 Pro is Huawei’s 2020 phablet flagship, designed as an alternative to the Samsung Galaxy Note 20 Ultra.

It has incredible cameras, with an excellent 50MP main one, a 12MP telephoto one, and a 20MP ultra-wide one. It also has a great 6.76-inch screen, a high-end Kirin 9000 chipset, and a stylish design, with a near-unique camera housing. Just note that as with most Huawei phones you don’t get access to the Google Play Store with this.

The Huawei P40 and Huawei P40 Pro are Huawei’s rivals to the Samsung Galaxy S20 range, and they’re strong rivals too, not just packing 5G but also a top-tier Kirin 990 chipset, up to 8GB of RAM and 50MP main snappers.

Both phones are great, but notably neither comes with the Google Play Store, so you’ll have to use other stores for your apps.

These two handsets have since been joined by the even higher end Huawei P40 Pro Plus, which is like the P40 Pro but with a ceramic build, an extra lens (for five rear ones in total) allowing for 10x optical zoom, and more storage (up to 512GB).

There are currently 6 OnePlus 5G phones available to buy or coming soon, including the flagship OnePlus 8 Pro and OnePlus 8T, and the affordable OnePlus Nord. Key handsets include those in the chart below.

The OnePlus 8T is the company’s final 2020 flagship, though it’s actually a slightly lower end and more affordable phone than the OnePlus 8 Pro.

It’s still packed full of premium features though, including a 6.55-inch 120Hz display, a Snapdragon 865 chipset, and a quad-lens camera, with main, ultra-wide, macro and depth sensors. With up to 12GB of RAM as well there’s plenty of power, and the OnePlus 8T has a big 4,500mAh battery with incredibly fast 65W charging too.

It also has a quad-lens rear camera, a dual-lens front-facing camera, a 4,115mAh battery, an upper mid-range Snapdragon 765G chipset, 8GB of RAM, and 128GB of storage.

There’s also a model with 12GB of RAM and 256GB of storage, but that costs more at £469. Still, either way you’re getting a whole lot of phone and loads of cameras for not much money.

Then there’s the OnePlus Nord N10 5G, a phone that remarkably is even cheaper, albeit not much. This also has a 90Hz screen and a quad-lens camera, but it’s slightly less powerful and has an LCD display rather than an OLED one.

The OnePlus 8 Pro comes with 5G as standard and it’s the best phone OnePlus has ever made, with the highlight being its 6.78-inch 1440 x 3168 screen with a 120Hz refresh rate – a refresh rate that’s higher than the vast majority of phones.

The OnePlus 8 Pro also packs a top-end Snapdragon 865 chipset and up to 12GB of RAM, so coupled with 5G nothing will slow it down.

There’s a quad-lens camera too, plus water resistance, a big 4,510mAh battery, wireless charging and up to 256GB of storage.

There are currently 4 Xiaomi 5G phones available to buy including the flagship Xiaomi Mi 10 and the more affordable Xiaomi Mi 10 Lite 5G and Xiaomi Mi Mix 3.

There are currently upwards of 20 other 5G phones available to buy either now or soon, including offerings from Nokia, Sony, LG and more. Key handsets include those in the chart below.

The Google Pixel 5 is Google’s latest flagship, though it uses an upper mid-range chipset which means it’s cheaper than most high-end phones.

There’s also 8GB of RAM and – unusually for a modern phone – a metal back, giving it a slightly different look and feel to most handsets.

As well as 5G it has a top-tier Snapdragon 865 chipset, a triple-lens camera, a 120Hz refresh rate, and 8GB of RAM, so it’s still high-end, just relatively compact.

Is my phone 5G-ready?

If you have one of the phones listed above then it should be (though in a few cases there are both 4G and 5G versions of handsets, so you should still double check your phone’s paperwork).

If you don’t have one of the handsets above then it probably won’t support 5G and you’ll need to buy a new phone to get 5G.

Note that if you buy one of the phones directly from the links above it will always be the 5G model.

What is the cheapest 5G phone?

The very cheapest will fluctuate over time, but the lowest price option available at the time of writing is likely to be the Moto G 5G Plus, as this starts at just £299.99 SIM-free. The Xiaomi Mi 10 Lite 5G and Realme X50 5G are the same price but aren’t as widely available.

What is the best 5G phone?

The best 5G phone is somewhat subjective, but at the time of writing the best overall is likely the Samsung Galaxy S21 Ultra. This is Samsung’s top entry in the S21 range.

However, depending on what you want from your phone you might prefer something else, such as the Sony Xperia 1 II with its super sharp screen, the OnePlus 8 Pro with its Samsung-rivalling specs, or the Samsung Galaxy Z Fold 2 with its foldable display.

Are any dual-SIM 5G phones available?

Note however that in some cases single-SIM versions may be sold as well, so if this is something you care about, double check the specs of the model you’re buying.

Also note that in the case of the iPhones and Pixels, the second SIM is an eSIM, not a physical one.