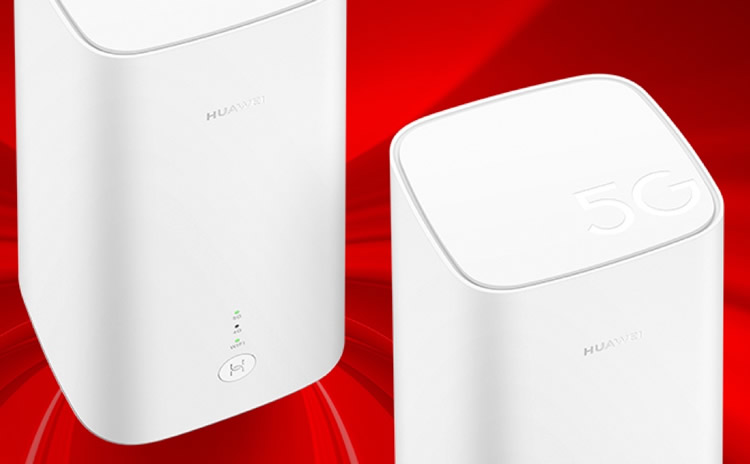 The Vodafone GigaCube 5G is your only choice if you want 5G home broadband from Vodafone, so it's fortunate that it's a very capable device, we just wish it was a bit cheaper.

While it’s a shame that there’s no choice offered, that’s not unusual among broadband providers and – as you’ll see below – the Vodafone GigaCube 5G is a very good 5G home broadband device, albeit one that doesn’t offer much you won’t get from rivals.

Below we’ll cover everything you need to know about the Vodafone GigaCube 5G, including its design, specs, features, and the key rivals you’ll find elsewhere. 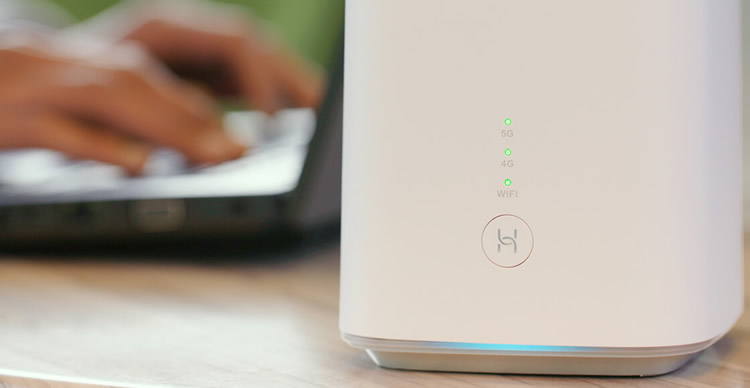 You don’t need to worry too much about the version number, but we’ll get to how it performs below. In terms of how it looks, it’s plain, with most of the points of interest actually being hidden away at the back. It’s here that you’ll find a pair of ethernet ports, along with the power lead and power button.

At 99 x 107 x 215mm it’s taller than most broadband devices, but should still comfortably fit on most surfaces.

One of the good things about 5G home broadband is just how quick and easy it is to set up. The process is similar on most devices, but essentially you just need to put the supplied SIM card in, plug the Vodafone GigaCube 5G in, switch it on, and then it should quickly get up and running.

From there you can connect to the network it broadcasts using the supplied Wi-Fi password, and optionally configure additional settings or change the password via a web browser.

Anyone who’s ever set a router up before or has even the most basic of tech skills should find this refreshingly easy to set up, and the best bit is that there’s no need for an engineer to visit and no need to wait for your connection to be switched on. So where wired broadband can take days or weeks to get up and running, with the Vodafone GigaCube 5G you can have your internet working within minutes of receiving the device.

Again though, this is similar to most 5G home broadband devices, so only really an advantage compared to traditional broadband.

While the GigaCube itself is theoretically capable of download speeds of up to 2.33Gbps, realistically you’re not going to be getting that outside of lab conditions.

Vodafone for its part claims top 5G speeds of a more realistic 1Gbps at the moment, which is still extraordinarily fast, and still faster than most homes will probably get.

Given the performance of Vodafone and the UK’s other 5G networks in general at the moment, most people probably won’t see an average speed of much more than 250Mbps for the time being, but there is the potential that this could improve in time as networks do.

Even at 250Mbps though you’re looking at speeds that are far higher than a typical 4G connection, and while some fibre broadband will have that beat, most won’t. So you’re likely to be able to get speeds from the Vodafone GigaCube 5G that rival or beat the speeds you can get from conventional broadband – just as long as your home has Vodafone 5G coverage.

Some 4G broadband devices allow for a frustratingly small number of simultaneous connections, but that’s not so far the case with most 5G ones, including the Vodafone GigaCube 5G, which can get up to 64 devices online at once. That means even if you have multiple phones, tablets, TVs, computers, consoles and more all trying to connect to the internet at once, the Vodafone GigaCube 5G won’t have an issue.

The device also has two ethernet ports, so you can get a wired connection to a couple of your gadgets if you want, and it supports both 2.4GHz and 5GHz Wi-Fi.

The Vodafone GigaCube also has an internal antenna design that’s configured to allow for 360-degree coverage. That means you shouldn’t need to worry too much about placement, though as it doesn’t need connecting to a landline you’re also free to place it anywhere in reach of a socket, and if your signal needs a boost you can attach an external antenna.

The Vodafone GigaCube 5G is an odd device to review, because it’s the same device as its main rivals, just sold on a different network. This, the Three 5G Hub, and the EE 5GEE Home Router (the latter of which doesn’t currently appear to be available) are all just the Huawei 5G CPE Pro.

It’s a great device, so it makes sense that a bunch of networks would offer it, and this does mean the main decisions you need to make simply relate to allowances, prices, and coverage – for the first two see below, while for coverage, take a look at our network coverage pages.

Still, on some level it’s slightly disappointing that there aren’t more 5G home broadband router options at the moment.

That said, some networks do offer hybrid devices that can work either as home broadband or mobile broadband. That is to say, they pump out a 5G signal and can be either battery powered (to take with you) or plugged into the mains (for longer term use in one spot).

On EE for example you can get the 5GEE WiFi, a device that can also get up to 64 gadgets online at once but that has a 6,460mAh battery for use on the move.

Alternatively you can get it on just a 30-day plan where you essentially buy it outright for £325, then pay the same monthly prices as above for unlimited data, 200GB, or 100GB.

The option of short or long-term contracts is good, but on a 24-month plan Vodafone is charging significantly more than Three for the same device.

The Vodafone GigaCube 5G is an excellent 5G home broadband router, and seeing as the same device is offered on some other networks (albeit under a different name) it’s also competitive with them.

That does mean however that the biggest deciding factor (assuming you have 5G coverage at home from multiple networks) is the allowances and prices, and on that front, while Vodafone has a pleasing number of plan options to choose from, it just can’t compete with Three for price.

As such, we can’t rate Vodafone’s take on the device quite as high, but it’s still an excellent purchase and if you have Vodafone 5G coverage at home you won’t likely regret buying it.