Why 5G could be as big as the internet 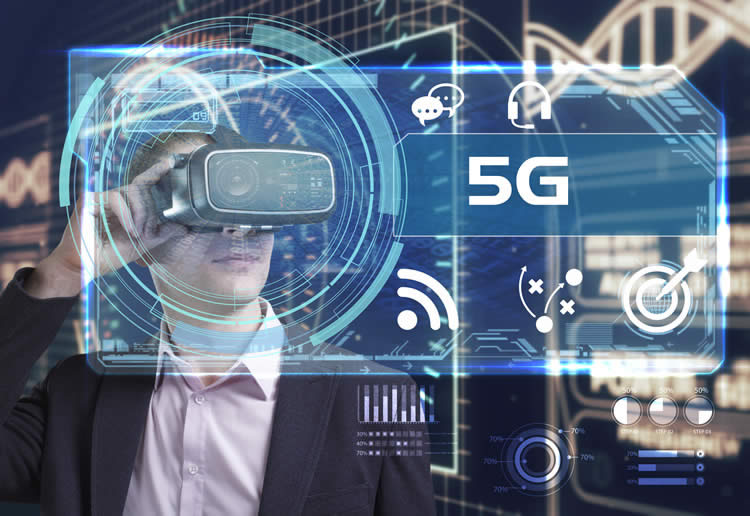 It seems as if there’s a new report on the potential impact of 5G every week, but a new one from IHS Markit is worthy of particular attention.

Entitled ‘The 5G economy: How 5G technology will contribute to the global economy,’ the new report offers a fascinating insight into the unprecedented role 5G will play within 15 years of its 2020 rollout.

Why should we care what IHS thinks about 5G?

IHS Markit is a London-based firm that provides global information and analysis to key decision makers in major industries such as finance, energy and transportation.

Put in simple terms, IHS knows what it’s talking about on whole a range of important topics, thanks to its team of more than 5,000 analysts, data scientists, financial experts and industry specialists.

IHS has been commissioned to provide this report by Qualcomm Technologies. This is the US semiconductor and telecommunications equipment company that provides many of the chips that power our smartphones and tablets.

Here, then, are IHS’s key conclusions about impact 5G will have.

5G will be as important as the internet and electricity

The report’s boldest conclusion is that 5G will be as vitally important to the world as such transformative technologies as the internet, electricity, the steam engine, and the telegraph before it.

IHS predicts that 5G will join the aforementioned inventions and provisions in being categorised as a “General Purpose Technology” - that is, a facility that is widely adopted across multiple industries, and which will help fundamentally change and progress global socio-economic conditions.

In other words: 5G is a big deal that will elevate living standards around the world.

What 5G will do for the economy

The IHS report provides some startling predictions as to the likely economic impact of 5G in the 15 years following its 2020 implementation. For example, it claims that 5G will enable $12.3 trillion of global economic output in 2035. That’s more than the combined consumer spending of the UK, China, Japan, Germany, and France in 2016.

Beyond that, 5G will generate $3.5 trillion in output and will support 22 million jobs in 2035. That’s roughly equivalent to the combined revenue of the top 13 companies on the 2016 Fortune Global 1000.

In the 15 years from 2020 to 2035, IHS predicts that 5G will make a contribution to real global GDP that’s equivalent to India - the seventh largest economy in the world.

5G will represent a step change

The report points out that while each successive generation of mobile network technology has improved things like the voice call experience, data speeds and overall capacity, 5G will offer something more.

It will be able to support the needs of all-new markets like the Internet of Things (IoT) and Mission Critical Services (MCS), as well as emerging Augmented Reality (AR) and Virtual Reality (VR) applications.

All of these things will necessitate a massive increase in the weight of mobile data, so perhaps the key attribute of 5G from an economic impact standpoint will be its greater efficiency, with a much lower ‘cost-per-bit’ than 4G.

The ‘Massive Internet of Things’ and ‘Mission Critical Services’

IHS uses the term ‘Massive Internet of Things’ in relation to 5G, signifying a major step ahead of the current limited network of small, dumb domestic devices predominantly connected by Wi-Fi.

According to the report, 5G will enable a much deeper and broader range of mobile connected device use cases, including smart agriculture, smart cities, remote monitoring, and connected shoppers.

5G will also help drive advances in so-called Mission Critical Services (MCS). This means applications that require a network with high levels of efficiency, bandwidth, reliability and security. This includes use cases such as autonomous vehicles, drones, industrial automation, and remote patient monitoring.

5G: a tipping point in the evolution of mobile

The IHS report concludes that “5G signals a tipping point in the evolution of mobile from a mostly personal-technology dominated phenomenon to a platform that enables new classes of advanced applications, fosters business innovation, and spurs economic growth.”