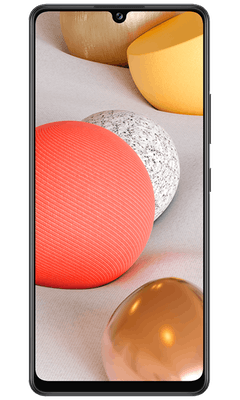 All
Recommended Deal:
£G per month

The Samsung Galaxy A42 5G is a smartphone that was released in 2020, and almost two years later holds up pretty well. It's an updated version of one of Samsung’s best-selling smartphones and the sequel does not disappoint.

The plastic design is durable but thin, giving it a nice in-hand feel. That paired with its overall performance means this will rightly be placed alongside Samsung’s best-selling devices once again.

Boasting a 6.6-inch Super AMOLED screen with an 84.3% screen-to-body ratio, the A42 is a mid-range device that offers superb performance mostly due to the Snapdragon 750 5G processor under the hood.

The device excels in its gaming performance as most Samsung mid-rangers do, but the large screen presents the graphics wonderfully here.

There’s also a 48MP quad-camera here which captures crisp images and is supported by an 8MP ultrawide, 5MP macro and a 5MP depth lens.

The smartphone supports 15W fast charging for a mammoth 5000mAh battery and it charges fully in just under two hours which isn’t the best.

But it should be noted that the battery endures over a day with moderate usage and that is easily one of the defining features of this device.

The smartphone is available in black, grey or white.