How much is 1GB of data and do I need more than that? 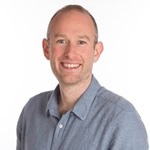 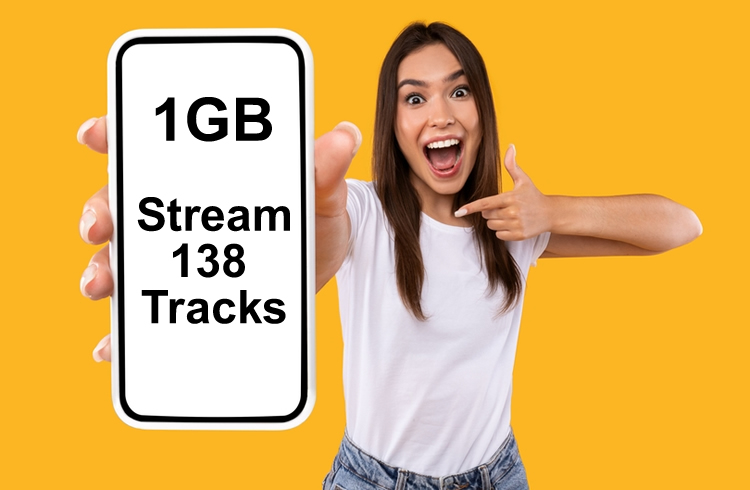 A measure of 1GB is fast becoming a staple data metric that's cropping up all over, but what does it mean in the real world, for you?

First up, it's important to know this as it could save you money. When signing up for a phone contract, or deciding which monthly package you want on Pay As You Go, getting the data count right makes all the difference.

Since most deals now throw in unlimited calls and text messages as standard, it's actually the data amount which defines what you pay each month. Use less data, pay for less, save money. So knowing your data usage is important, but first knowing about the data is key.

How long does 1GB of data last?

So how much is 1GB? Well, to put it in technical terms it's 1,000MB of data. Still not much clearer? Well that's about 12 hours of internet browsing. But here are some more examples to clarify.

The average song streamed on Spotify at high 320 kbps quality is going to use about 2.4MB of data per minute, so for a three-minute song you’re looking at 7.2MB. So to fit that into our 1GB example, you're going to be able to stream about 138 3-minute tracks. Or at a lower 96 kbps quality, it's 2.16MB per song, meaning you could stream 462 songs. Of course this all varies based on the songs and your settings, but this is a rough guide to give you an idea.

In video terms, let’s take Netflix as an example. The streaming service claims that you can stream around 4 hours of content (so roughly 2 films) with 1GB of data if you set the app to ‘Automatic’ quality – which balances data usage and video quality.

However, you can get that up to 6 hours (or at least 3 films) if you switch to ‘Save Data’ mode, while the highest possible quality can use up 1GB of data in as little as 20 minutes. So if you have a phone or tablet with a high-resolution screen and want the best quality possible, then you’re going to need a lot more data.

Note that these figures only apply to the Netflix mobile app – using it on a TV or desktop gives you access to different quality settings, with data use varying between around 0.3GB and 7GB per hour.

It's worth noting that Netflix is always working on its algorithms, so these numbers do vary but this is a fairly accurate measure at the time of publishing.

Moving over to social media but sticking with video for now, if you have a video call using WhatsApp that is going to use around 25MB of data for a five-minute call, or in other words about 300MB per hour. So that 1GB of data would get you just over three hours of video chat time. That said, if you use Apple's FaceTime this is slightly more efficient with roughly 240MB used per hour. All that can vary based on your settings, where you are, the amount of visual and audio data and so on – making this a rough guide.

What about for images? Using WhatsApp as an example again, images are limited to a 16MB file at the top end. Most photos backed up on Google Photos are going to be around this size at the top end, due to the megapixel limit. But if you want to save data, you'll find that WhatsApp can do it for you, generally keeping files to under a megabyte for a still-decent quality image if you switch to ‘Data saver’ mode for photo uploads. So that 1GB of data should mean you're able to send at least 1,000 photos using WhatsApp before you run out of data.

How much mobile data does the average person use?

It can be tricky to figure out exactly how much data the average person uses, but Three found that in December 2021 the average monthly data use for a customer on its network was 19GB.

Now, Three’s customers tend to be more data hungry than those on other networks, so the actual UK-wide average is probably lower than that.

A report published by Ericsson in June 2021 put the global average at over 10GB per month, so that’s significantly lower but still high. We’d imagine that splitting the difference would get you somewhere close to the UK average, so think in the region of 14-15GB per month.

How can I see my data use?

To decide how much data you need, you may want to work out how much you use on your device. As you may have noticed above, data usage is just a guideline and can vary. That's why it's important to keep an eye on your data consumption.

For Android smartphones the process to check varies depending on your handset, but will likely be something along the lines of going into Settings > More network settings > Data usage, or Settings > Connections > Data usage.

Click in to see how much you've used over the last month or billing period. You can also set a data limit and alerts by tapping on the Data warning & limit section (though again the exact wording of this may differ depending on your phone).

For iOS users go to Settings > Mobile Data or Settings > Cellular. It's much the same as Android in terms of features you can play with to get it to suit you.

Alternatively you can access your mobile network’s app on your device, which generally will show you, front and centre, just how much data you've used that month and how much you have left on your plan.

Can I save on data use?

If you want to cut down data consumption, that is also an option, as opposed to just paying for more. Tracking your data use is a big part of this so make sure you've got that set up first. Then it's a case of trying to stay on Wi-Fi wherever you go.

While on Wi-Fi you won’t be using any of your phone’s data allowance, and in most cases Wi-Fi networks include unlimited data use.

Another useful measure here is a bit tedious but only needs doing once. Go into each app and set the data settings to low. So for audio and video streaming apps, like Spotify or Netflix, you can go into the settings and change to the lowest quality. Some even let you pick low quality while on network data but high quality when connected to a Wi-Fi network. Most also let you download, so you can save the files while on Wi-Fi, meaning you don't need to download any data to watch them when you're out.

Should I have more than 1GB of data?

What you use determines what you need in terms of data. But in most cases 1GB isn't going to be enough for streaming of music and video or sharing lots of images over social media. That said, if you are mainly on Wi-Fi and only access your network occasionally you may be able to make it work.

It's worth looking out for a deal that lets you vary your contract monthly so you can adjust data to suit your needs. That or measure your consumption so you know your average before signing up to a new contract.

Exclusive SIM only deals and alternatives to 1GB

5G.co.uk has a number of online exclusive SIM only deals at any given time within our price comparison website. This sometimes means that you can get a higher data allowance than 1GB for roughly the same money or even less.

The various data packages on the 5G price comparison website begin at 1GB and carry on all the way up to unlimited data.

Compare all SIM Only deals