How will wearables like smartwatches and trackers use 5G? 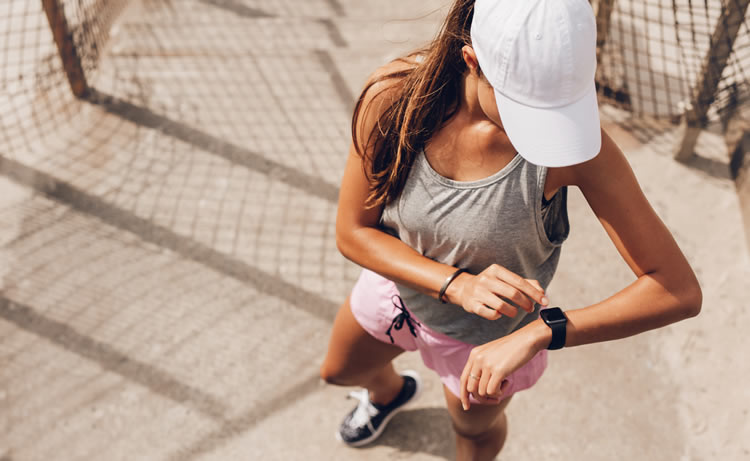 Why does a wearable device need 5G?

The core feature of a wearable device – be it a smartwatch, an activity tracker or a pair of Bluetooth headphones – is that they are wireless.

For now, most are tethered via wireless technologies to a smartphone, but the key selling point of wearables is that they’re about freedom of movement.

So how would they benefit from 5G’s super-fast mobile broadband speeds of as much as 20Gbps, many dozens of times faster than current 4G networks?

5G networks also feature low latency communication, which will mean wearables will be able to exert real-time control over other wearables and devices; wearables will become part of the Internet of Things (IoT).

5G is too often thought of as being only about high-speed data, but don't underestimate how important that low latency is. In fact, 5G networks will allow wearable devices to communicate in less than one millisecond (ms). To put that in perspective, a 4G phone currently loads a web page in about 50ms, and about the same amount of time to exchange data with a wearable device connected via Bluetooth.

If wearable devices were 50 times faster than they are now in exchanging data, and they were permanently connected to a high-speed 5G network, imagine the services that they could be used for; steering a car, piloting a drone, and anything else that demands a real-time data link for remote control.

However, there is one other characteristic of 5G that wearables really need; very high reliability. 5G will use smaller microcells, and make it possible to connect thousands of wearables and sensors per square kilometre, way more than is possible right now.

With 5G, the number of devices on mobile networks could mushroom – and create a new class of wearable device that will be ‘always on’, always connected, and instantaneously exchanging data with the cloud.

How 5G will make wearables dumber … and smarter

It may seem counterintuitive, but 5G networks will make wearables more data conduits than computing devices. As wearables get smaller, lighter, communicate faster, and become more ubiquitous, product designers will be able to forget about storage capacity and processing power.

The cloud is not new. It's been possible to store individual files on remote servers for some time, but already companies are also accessing software and services online, and it’s now possible to also offload processing power to the cloud.

Since 5G will make the link between remote cloud servers and devices both higher bandwidth and virtually instantaneous, wearables will have much less processing to do – and nor will they even need to store apps. In the 5G era, the network will provide all the processing power and storage they need.

That will mean wearable devices will shrink, but also they’ll host ever more sensors, which themselves are shrinking with every new generation. So as well as measuring how far you run and taking your pulse, a health tracker with an army of nano sensors and 5G radio tech could be able to track the wearer's exact GPS position in real-time with far higher accuracy than at present. They could also measure things like body temperature and ambient temperature, and cross-reference the results with the same data from the previous day.

Since they'll be stuffed with sensors but also able to access real-time and historical data from both remote servers and their environment, wearables could become completely indispensable in the 5G era. By tracking changes in your body’s vital signs, a wearable could be used to detect when you get ill, collecting information on symptoms to send to a doctor. Their ability to connect to secure cloud services and use machine intelligence and big data analytics could mean wearables come with built-in personal trainer-like skills.

We could also see a fleet of sensors embedded in all kinds of places and objects. Your wearable device could sense when you walk into the bathroom each morning, automatically communicating with the kettle or coffee machine downstairs. A wearable could also act as a hub for sensors around the body or on clothes, thus monitoring the performance of specific muscles during activity.

Where are we with 5G wearables?

It's really early days. We don't yet know what a 5G chipset in a 5G wearable would look like, but it's likely that 5G wearables will be able to swap between the two major 5G modes; low-power, long-life, small messaging mode, and high-speed and high bandwidth mode. The latter is more likely to be restricted to specific geographically-defined places, such as factories, offices and at public events, where high-frequency signals in the millimetre wave frequency band can bring extra bandwidth. It's also likely that wearables would attempt to use WiFi hotspots for some applications that require something more than 4G speeds, but not as much as 5G.

An important area will be developing 'truly wearable' antennas for clothes and fabrics that allow a device to be connected to a wireless network. A recent paper, Revolutionizing Wearables for 5G, insists that wearable devices will play an integral role in 5G networks, and that antennas could be manufactured from conductive threads and adhesives.

Since 5G is all about shortwave radio, the latest innovations in software-defined radio could be key. Using algorithms to convert between digital analogue, Cambridge Consultants recently made a radio transceiver completely digital, and defined only by software, not hardware. That would make 5G networks much smaller and more affordable, which is good news for the future of a hyper-connected internet of everything – and that includes wearable devices.

Another innovation that would allow wearable devices to be even smaller is mobile wireless charging of devices connected to a 5G network; the recently unveiled Pi wireless charger replaces the traditional pad with beam-forming tech to focus a magnetic field on a phone as far as 30cm away. So as well as a fleet of sensors in cities and homes, standalone power beacons could also be installed.

It’s also possible that 5G could enable wearable devices to become a key aspect of autonomous driving. 5G’s high-speed connectivity won’t be relevant, but ultra-reliable, low-latency real-time communication will mean a wearable could alert an autonomous car to the presence of a pedestrian.

At present, wearables have limited potential. Consumers already have 'one device to rule them all’, and that's the smartphone. Besides, most wearables are connected to WiFi or Bluetooth at all times, which prevents mobility. However, think beyond the high data rates of 5G and instead concentrate on 5G’s promise of ultra-reliable, low-latency communications, and it becomes obvious that there’s huge potential for a new class of  device; the 5G wearable. After 5G wearables will come 5G smart clothes, then something a whole lot more controversial; 5G-enabled body implants.