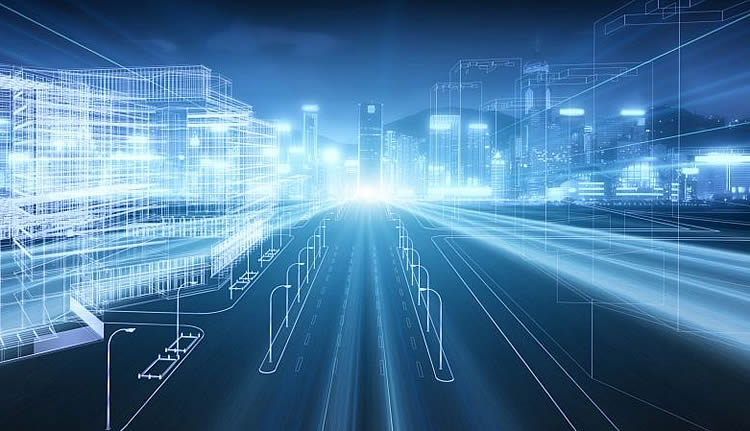 While many of the technologies that will underpin and enable 5G are still under development or have yet to be decided upon, there was early industry consensus that small cells will be a critical building block of next-generation networks. But what are small cells and how will they help 5G?

What are small cells and HetNets?

‘Small cells’ is an umbrella term for operator-controlled low-powered mobile base stations. It encompasses those that operate in licensed and unlicensed spectrum, including cellular technologies, Wi-Fi and emerging standards such as WiGig. There are several types of small cells, which are all based on ‘femtocell’ technology but are distinguished by the range they provide:

Small cells are used to extend the coverage of mobile networks to indoor areas where outdoor signals do not penetrate well, or to add network capacity in areas with very dense phone usage. They do so at a far lower cost than a standard base station (macrocell), which has a range of up to 35km. As well as having a shorter range than a macrocell, they typically handle fewer simultaneous sessions (ie calls or internet browsing). They make the best use of the available spectrum by re-using the same frequencies many times within a geographical area.

The first femtocell deployments were in the US in 2007. Vodafone deployed the first in the UK (and the second in Europe) in 2009. According to Small Cell Forum (SCF), 18 million small cells had been deployed globally across a range of use cases by the end of 2016.

Different-sized cells can be combined to create a heterogeneous network (HetNet), a radio access network (RAN) that comprises traditional large macrocells with many smaller cells, ranging from femtocells to microcells. SCF defines HetNet as a “multi-x environment” encompassing multiple technologies, domains, spectrum, operators and vendors, which “must be able to automate the reconfiguration of its operation to deliver assured service quality across the entire network, and flexible enough to accommodate changing user needs, business goals and subscriber behaviours”.

Standards bodies including the 3GPP (3rd Generation Partnership Project) are working to define how the different cells will work together, how hand-off among them will be achieved and how interference between them will be minimised.

Pretty much every mobile operator has deployed small cells in their networks, and the main global organisation that promotes small cells is London-based Small Cell Forum (SCF). Founded in 2007, its goal is to drive the development and adoption of small cells and accelerate the delivery of integrated HetNets, in order to improve the coverage and capacity of, and the services delivered by, mobile networks. It has 150 members, including 65 mobile operators which serve over three billion customers and include BT and Vodafone.

SCF is a carrier-led organisation whose operator members establish the requirements that drive its activities, so that it can define the requirements, use cases and interfaces for small cell technology. Its work encompasses defining new technologies as well as overcoming non-technical barriers to small cell adoption, such as regulation, market re-education, re-thinking operational processes and the adoption of new business models. It has two main areas of focus:

Following on from the NGMN (Next Generation Mobile Network) Alliance’s white paper that detailed the end-to-end operator requirements for 5G, in June 2015 SCF published a topic brief entitled “Small cells and 5G evolution” with the aim of defining the role of small cells in the evolution of 5G. It outlined how small cell architectures can contribute to network density and energy efficiency, and highlighted how principles such as the open ecosystem and consistent user experience can be applied to small cells.

A key priority for SCF’s ongoing work is “hyperdense” networks, meaning the deployment of large numbers of small cells in a given area to significantly boost network capacity. Densification programmes are starting to get underway in 4G networks and will increase on a massive scale with 5G. SCF’s work in this area includes:

SCF anticipates that by 2025 78% of new small cell deployments will be in dense or hyperdense environments, compared with only 23% in 2015.

In May 2017, SCF completed Release 9, a set of guidelines, tools and case studies that aims to provide a comprehensive blueprint for the densification of current networks and laying the foundations for 5G. Release 9 describes the technological and cultural shifts that will be needed in order to commercialise hyperdense HetNets, including:

In Release 10, SCF’s work is focused around accelerating the adoption of small cells to drive wide-scale deployments and encourage the delivery of fully integrated HetNets. It has established the business cases and market drivers for all the main use cases, clarifying the needs of the markets and addressing the barriers to deployment. In collaboration with 5G Americas, in September 2018 SCF published a report outlining the challenges associated with the siting of small cells and recommendations to overcome these. They call for regulations to be examined and updated and city, state/regional and national level, and for public sector bodies and operators to collaborate more closely.

It’s pretty clear why there was early and broad industry agreement that small cells will be a crucial component of 5G networks, because they have the ability to significantly increase network capacity, density and coverage, especially indoors. They are a relatively low cost deployment option and, because they are low power devices, are relatively cheap and efficient to run to give a low total cost of ownership.

And, while it may sound like a highly technical term, a HetNet is simply the banding together of different sized cells to provide ultra dense coverage in defined geographic areas. Again, a crucial requirement for 5G networks.

As technology improves, so too will the cost and power efficiency advantages of small cells. We will also see the development and deployment of ever smaller small cells.

In 5G, small cells will provide ultra dense networks and coverage, enable the use of new, higher frequency spectrum bands, and be automatically switched off at times of low usage to save power. They will also enable the delivery of new services that rely on close proximity to the user and/or use their location and presence information. For example, a network would automatically be notified of the person’s location to trigger additional services, such as a shopper entering a mall. They will also be a vital tool in increasing coverage in rural and remote areas to provide ubiquitous 5G network coverage.

Small cells are not a new technology and have been deployed in both 3G and 4G networks, so future developments in small cells will build on technologies and principles that are already in place – cost and power efficiency, self-organisation, dynamic capacity allocation and automation.

SCF is the obvious body to drive development and adoption of small cells for 5G, and has taken an early lead by building on a decade of existing, relevant work. Whatever the specifics of the 5G platform will be, small cells will be an essential component.

There will be massive and widespread deployment of small cells globally to support 4G and lay the foundations for 5G. SCF predicts that the number of small cells will exceed 70 million in 2025. While residential deployments will continue to rise, the non-residential market is expected to grow far more quickly and account for 75% of annual deployments and 55% of the total installed base in 2025, led by the urban public and enterprise public sectors.

The SCF estimates that the deployment of LTE small cells will peak in 2020 when there will be a slight slowdown in deployment rates as operators and enterprises wait for 5G upgrades. The number of 5G or multimode small cell deployments is expected to top a million in 2020 and grow strongly thereafter, reaching 5.2 million (62%) of total deployments in 2025. By then, it’s predicted there will be 13.1 million 5G and multimode small cells, over a third of the total. From 2025, 5G cells are expected to overtake 4G and combined 4G/5G models.

The UK and indeed Europe as a whole have lagged behind North America and Asia in small cell deployments, and regulatory challenges and cost considerations could be hindering UK deployments. Although O2 committed to install 1,400 small cells across Greater London by the end of 2017 and in August that year Arqiva was granted exclusive rights to deploy small cells across the borough’s 15,000 lampposts over a 10 year period, actual deployments are still small in scale. Indeed, in April 2018, the two companies said they would jointly deploy up to 300 small cells in London using Arqiva’s concessions with 14 boroughs, beginning in the summer and continuing to 2020. There have been reports that some London councils have insisted on a planning application for every single small cell deployment, which is probably enough to kill said deployment from the outset on cost considerations, let alone the time factor.

However, it’s a start and these deployments will boost 4G network coverage and capacity in the short term, and be essential to the rollout of 5G.