What is 5G and which UK networks have rolled out? 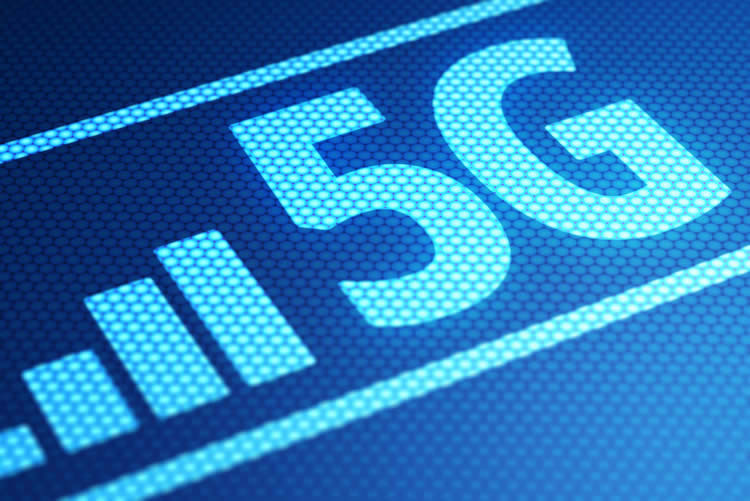 5G is the fifth generation of mobile networks and it’s finally here. It follows previous mobile generations 2G, 3G and 4G. Compared to most of today’s networks (which primarily use 4G and 3G technology), 5G is far faster and more reliable, with greater capacity and lower response times.

Unlike those previous generations of mobile network, 5G is unlikely to be defined by any single form of technology. It’s often referred to as "the network of networks" for the way it will bind together multiple existing and future standards, including current advanced LTE (4G) networks.

5G is opening up a whole new set of use cases, such as: superfast 5G broadband with no need for landlines, 5G phones, and 5G sim only . It’s also set to lead to even more use cases, including super smart factories, car to car and car to infrastructure communication, driverless cars, holographic technology, 5G TVs, and remote/ distance health care for patients.

Which networks have launched 5G in the UK?

EE, Vodafone, O2 and Three have all begun rolling out 5G networks in the UK, as have BT and VOXI.

At the time of writing, 5G is currently available in at least 50 towns and cities on at least one mobile network, and it’s improving rapidly.

Have any other countries launched yet?

Yes. 5G has already begun to roll out in countries including the US, South Korea, and parts of Europe, albeit in a limited form. As with the UK it’s in the early stages, so coverage is far from comprehensive.

What benefits does 5G technology bring?

The headline benefit of 5G is speed. EE claims that users should currently see average speeds of between 100-150Mbps faster than 4G, which should equate to around 130-240Mbps in total. However, peak speeds on EE can apparently exceed 1Gbps.

Vodafone similarly promises average speeds of 150-200Mbps, with peak speeds of around 1Gbps. Those average speeds should allow you to download a full HD film in around 3 minutes, compared to over 15 minutes on 4G.

Three is promising speeds up to twice as high as rivals, meaning you might realistically get peak speeds of over 2Gbps on Three’s 5G network. Though at the time of writing Three is only offering 5G home broadband, and that currently tops out at a still very impressive 1.6Gbps, with average speeds coming in at around 100Mbps.

Of course, there is always a caveat when it comes to wireless download speeds, since the speed we experience in the real world depends on many factors, such as how far we are from a base station and how many other people are using the network at the same time.

Indeed, according to an OpenSignal report covering April-September 2019, the top speed achieved on any UK network was 599Mbps, so some way short of the 1Gbps claims made by networks.

Arguably a bigger benefit of 5G is its lower latency. With 4G standards - and every generation of mobile network to date prior to 5G - there is a sizeable delay between a command being issued and a response being received. There’s latency of around 65ms (milliseconds) with 3G and around 40ms for advanced 4G, while the kind of "superfast" fixed broadband connection we get here in the UK attains between 10ms and 20ms.

5G will eventually outstrip all of these standards by a considerable margin with potential for a near-instantaneous 1ms latency for mission-critical and Internet of Things applications, as well as a target of 4ms for mobile broadband services. As we’ll discuss below, this single factor will pave the way for some thrilling new use cases like driverless cars, remote robotics, and advanced VR applications.

At the time of writing however, 5G isn’t there yet. As with speeds and coverage, latency is expected to improve over time, but right now Ookla (which runs Speedtest.net) reports 5G latency in the UK of 21-26ms on average, depending on network.

5G also offers greater capacity than earlier network technologies, with access to more spectrum and at higher frequencies - most notably millimetre wave, which is the band of spectrum between 30Ghz and 300Ghz. This means that networks will be able to cope better with many high-demand applications all at once. It also means that 5G could even deliver a fibre-like experience for fixed wireless access applications. Indeed, some operators are already offering 5G for broadband customers, and this will especially benefit those in areas that are difficult to reach with fibre or traditional fixed-line infrastructure. Three sees 5G home broadband as such an important offering that its initial 5G launch is limited to home broadband.

As a sign of how intelligent and flexible 5G can be, a technique called network slicing will enable distinct virtual networks to be carved out within the physical network environment. As such, expect to see many more Mobile Virtual Network Operators (MVNOs) popping up, increasing competition and potentially forcing down mobile plan prices.

As well as benefiting consumers 5G could also benefit businesses in big ways. Workers will be able to work remotely more easily, operate machinery from afar and be more “present” without actually being present, through capabilities like 4K, AR, VR and holographic calls. In turn they’ll be able to free up more time and be more productive, as less travel will be needed, and when travel is needed 5G could speed that up too, thanks to smart and automated transport.

As noted above, 5G will enable network slicing too, which in turn will allow companies to essentially have their own private networks, tailored completely to their needs. And more jobs and processes can be automated with 5G, because it will has the speed, capacity and latency required, which will improve operational efficiency.

5G could also better connect rural communities, opening up more opportunities for businesses in these regions. 5G could even pave the way to whole new products and industries that aren’t viable with 4G. With all these benefits, 5G could create 22 million jobs, and lead to the production of up to $12.3 trillion (£9.3 trillion) of goods and services by 2035, according to Qualcomm.

How will 5G change our lives?

5G enables you to download a movie in seconds, or to stream a 4K movie without any buffering. We’re also likely to soon start seeing a big leap forward in virtual and augmented reality applications, as 5G’s low latency and high capacity will enable advanced processing to be handled remotely rather than locally on mobile devices and headsets.

That greater capacity will also lead to an explosion in IoT (Internet of Things) devices, with everything from fridges and lights to cars and advertising hoardings connecting to one another. IoT applications are starting to take off anyway, but with the speed and capacity delivered by 5G we might one day see almost every device become ‘smart’ and connected.

So far, most 5G applications have been enhancements of what we already have, but 5G is set to enable all-new markets too. Experts say that 5G will be fundamental to the rise of autonomous cars for example, because they will need a constant low latency connection to the internet - and to one another.

5G will also be essential for other ‘critical’ scenarios such as remote surgery, with doctors controlling medical robots from across the world. The ability to monitor and control robots, drones, and even whole factories remotely and in real time will prove transformative in the world of industry, too.

We’ve already seen an excavator remotely controlled from the other side of the world in a 5G trial, while 5G is also already effectively being used in health and social care trials.

In a March 2018 report, O2 forecasts that 5G will earn the UK £6 billion a year through productivity savings. It also finds that 5G-enabled tools such as smart fridges, smart grids and electric autonomous vehicles will save householders £450 a year through lower food, council and fuel bills.

Optimised services, driven by the likes of smart bins and intelligent lighting, could save councils £2.8 billion a year too. Further, the analysis suggests that because 5G will enable wider use of remote health services, the NHS will see 1.1 million GP hours a year freed up.

As noted above, Qualcomm meanwhile estimates that by 2035, 5G will support the production of up to £9.3 trillion worth of goods and services. Elsewhere, research from Barclays Corporate Banking has found that 5G could add £15.7 billion per year to the UK economy by 2025.

The truth is we don’t know everything that 5G will deliver yet. Because it is set to be such a revolutionary technology, it is likely to be used to create services and applications we haven’t even imagined yet.

Beyond a simple performance increase, 5G is set to open up a whole new set of use cases. A few recent examples:

Although higher bands are faster, they are less well suited to carrying information over long distances, in part because they are easy to block with physical objects such as buildings and trees. To this end, 5G will employ multiple input and multiple output (MIMO) antennae to boost signals and capacity, and will also rely on lots of smaller transmitters stationed on buildings and street furniture rather than singular stand-alone masts. Estimates suggest that this means 5G will support up to 1,000 more devices per metre than 4G.

Another change with 5G is that operators will be able to ‘slice’ a physical network into multiple virtual networks – they will be able to deliver the right slice of network depending on how it is being used, and therefore manage their networks better. For example, an autonomous car has different network requirements to a simple IoT device, and a single user streaming a Netflix video requires a different slice of capacity to a business.

Talking of businesses, they will be able to rent their own slice of the 5G network that will be completely isolated and insulated from the stresses and strains of surrounding Internet traffic.

Will I need a new phone? 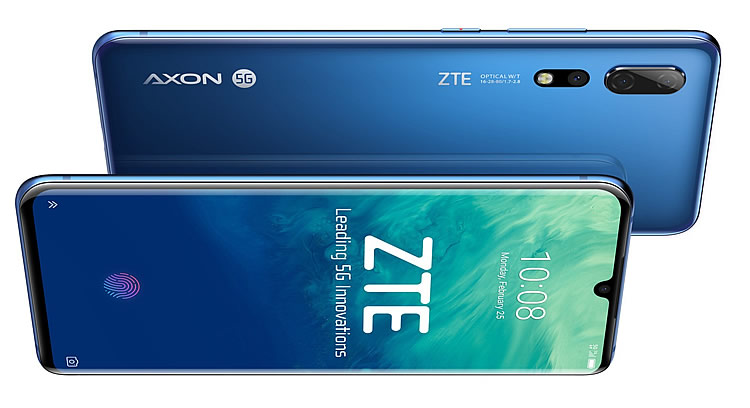 Yes, unless you happen to have bought one of the few 5G phones that are currently available.

We’d expect to see many more 5G handsets arrive throughout 2019, so stay tuned.

Sky Mobile is now offering 5G connectivity for its...

The next iPhone is expected to unveiled in September...