Is 5G good for gaming? 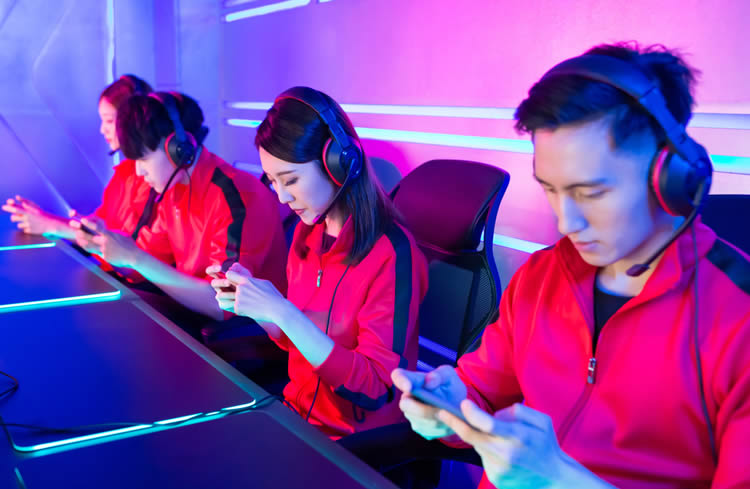 5G is great for gaming offering much lower latency and faster downloads than 4G mobile networks, and is a true rival to fibre broadband. It's also portable meaning you can game anywhere you have a network signal, which gives it an major advantage over fixed-line broadband connections.

5G will continue to get better and better in the coming years and will eventually eclipse even the fastest fibre connections. It will also help to accelerate the adoption of emerging gaming technologies, such as cloud-based gaming and virtual reality.

Why 5G is good for gaming

5G networks are already delivering significantly lower pings than 4G mobile networks and are quickly catching up with fibre broadband.

Latency is particularly important with online gaming because it is a measure of how long it takes to send and receive requests to a server. Essentially, if you have a high ping it will take a long time for your actions to register in game.

A recent Rootmetrics report showed Three’s 5G network is delivering average pings of 17 milliseconds (ms) in Central London, which compares to average pings around 50ms on 4G networks. Three are leading the way when it comes to 5G latency and the average across all networks and locations is around 30ms.

5G networks are set to continually evolve eventually leading to pings under 1ms per second, which is currently unheard of. This evolution will bring added realism to virtual reality and enable super-smooth cloud-based game streaming.

5G network speeds are already hitting levels way beyond what was possible on previous mobile networks, and this is just the beginning with speeds expected to exceed 1Gbps in the coming years.

Current 5G networks delivered average speeds of 186.96Mbps in the 3rd quarter of 2020 according to data from Ookla/Speedtest, which compares to 30.26Mbps on 4G networks. That's great news as 5G speeds are already above the 35Mbps minimum that Rootmetrics recommend for a smooth online gaming experience. Ultrafast fibre broadband connections still deliver the highest available speeds with 1Gbps and 300Mbps connections already available.

Download and upload speeds are important when it comes to gaming because they enable you to download games and updates faster. They become even more key when you move into the realm of cloud gaming, which enables you to game on any device, even low-powered ones, by streaming games over the internet.

One of the major selling points of 5G over fixed-line broadband is you can take your internet with you wherever you go (assuming network coverage is available).

Options for delivering internet on the move via 5G include using a personal hotspot on a 5G mobile phone, a 5G mobile broadband dongle, or a 5G home broadband router (requires mains power).

This has huge potential because you could be playing a game at home in your lounge and then continue the same game on the train to work on your mobile phone via cloud-based gaming.

At the moment, fibre broadband is often unavailable in rural areas, limiting the ability for some people to play online or streamed games, or even to download big games, but that's an issue that could be overcome by 5G, providing the networks install the appropriate infrastructure.

As it’s plug and play, and doesn’t require a landline, it will also mean that users who don't want to deal with engineers and home visits can easily set up their own home broadband connection while benefiting from huge speed boosts.

To get 5G you first need to have a device that supports 5G technology, which include the latest mobile phones, mobile broadband dongles, and home broadband routers.

For those looking to game primarily at home we would recommend a 5G home broadband router, such as Three’s 5G Hub or Vodafone’s Gigacube.

All you need to do with a home broadband router is connect it to the mains and connect your devices. 5G routers have good range and enable you to connect many devices at the same time over WiFi (up to 64), as well as having ethernet ports for those looking to use a wired connection.

A good option for those looking for a truly portable 5G experience is a 5G mobile broadband (or mobile WiFi) dongle, such as EE’s 5GEE WiFi.

Mobile broadband dongles are battery-powered and charged via USB, so they can be taken anywhere on the go. They are perfect for using in the car for example, or on the journey to work in the train. However, they have less range than routers, can connect with less devices at once (around 10) and tend not to have ethernet ports.

The final choice is to simply get a 5G phone, which is ideal for those looking to primarily game on their smartphone. Powerful 5G smartphones including the iPhone 12 Pro, Samsung Galaxy S20 and the OnePlus 8 Pro.

Smartphones do give you the option to tether 5G to other devices using your phones personal WiFi hotspot. However, tethering is not the primary function of a phone and therefore it won’t perform as well as a dedicated router or dongle, particularly when it comes to speeds and range. Tethering also drains smartphone battery very quickly, particularly when using 5G.

Secondly, you need to be in a coverage area and we recommended using our coverage checker to check 5G coverage on all networks in one place.

One key thing 5G could enable is game streaming. Whether that is through streaming specific assets as and when needed, or by streaming the whole game, it is a great way of making sure that none of us are solely dependent on our console or PC's hard drive. Less need for physical storage is always a useful thing for the average user and means no chance of a bottleneck situation via an older hard drive.

In recent times, we have seen game streaming grow in strength thanks to the likes of Google Stadia and GeForce Now. Both services mean you do not have to worry about buying the latest technology. Instead, you can stream games through your smartphone, tablet or PC, even if the device is relatively dated.

While both Google Stadia and GeForce Now are currently pivoted towards attracting owners of low-end devices hooked up to Wi-Fi, there is no reason why this could not be done via 5G home broadband. Microsoft is slowly getting in on the act too with Project xCloud. Could there be a future where we play the latest Xbox games while on the move via 5G? It is certainly plausible. Past projects such as OnLive have tried and failed at similar concepts, mostly due to issues with speed and lag. Something that 5G should solve.

A service that relies on cloud-based gaming and streaming would also most likely be subscription-based, making it far easier to budget for than trying to save up for the latest and greatest system. That is also without having to worry about hardware misconfigurations or the need to download patches that take a while. The concept of 'it just works' is always appealing and overcomes any issues of technical inexperience by the consumer.

In a similar vein, VR technology would also benefit from cloud gaming. Currently, most VR experiences require expensive equipment to reap the full benefits. That is slowly changing with more affordable headsets from Oculus and HTC changing the landscape, but it is still an expensive outlay for many consumers.

There are various suggestions of 5G being implemented within headsets in the future. For instance, Qualcomm are supposedly working on a 5G VR prototype and Apple is also reportedly working on 5G VR glasses. Whether these come to light, it is hard to know right now, but they could change a lot for VR users. We have already seen devices like the Oculus Quest save the need for a PC or Mac to connect to, and 5G could make things even easier and eventually propel VR to the mainstream.

If 5G did the heavy lifting via the cloud, it could lead to lighter, smaller, and comfier headsets than the bulky things we have currently. Massive VR game file sizes would also cease to be an issue – 5G could download them fast, but if you’re streaming from the cloud then no downloads would even be needed, saving you precious hard drive space.

Related to VR gaming, network lag has been found to be more stressful to players in VR gaming than regular gaming so 5G could reduce such cognitive impairments. In other words, 5G could help ensure players feel immersed without any lag pulling them out of the experience.

Simon has a first class honours degree in business management and has worked for our companies since 2008. He is responsible for the upkeep of the website, including the price comparison tools and for some editorial content across the site.