Does 5G use more data and how much data do I need? 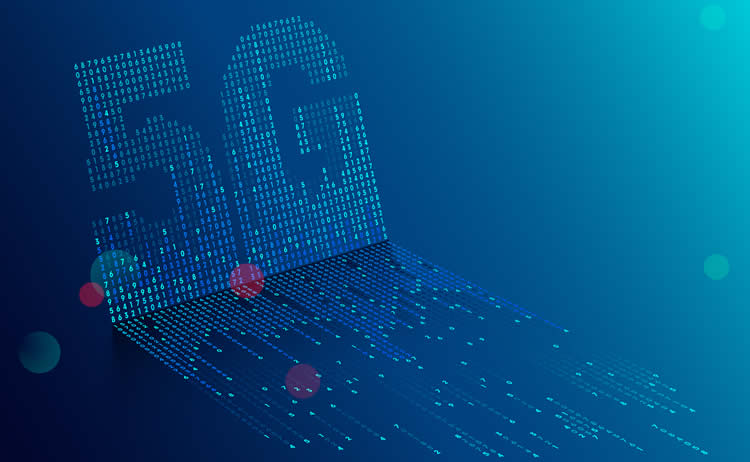 Data allowance has been the most important component of a mobile contract all through the 4G era. It’s going to be even more crucial during the 5G era.

Your data allowance is what gets used every time you access the internet from your phone without a Wi-Fi connection. Social media, YouTube videos, music streaming, direct messaging, and web browsing all consume data while you’re out and about.

With 5G’s exponential increase in mobile network performance and capacity, you may be concerned over how this will cost you - both in terms of megabytes of data allowance and, ultimately, money. Here’s a run down on how much data you can expect to use on a 5G network.

Does 5G use more data than 4G?

5G doesn’t inherently use more data than 4G. It’s merely a more advanced form of network with faster speeds, lower latency and greater capacity. At present, as we’ve just discussed, we’re still using our phones for the same things, regardless of the network we use.

But 5G’s unique attributes will lead to an exponential increase in data usage over time. Its speed, low latency and reliability will lead to far more connected devices than before, and far more advanced use cases.

Purely in terms of regular smartphone usage, we will all start to consume far more data thanks to 5G. Its attributes will lead to more advanced and connected applications that will demand more from a mobile internet connection.

The quality of basic video streaming will increase massively, with increased 4K resolutions, more advanced image processing, and immersive 360-degree video and augmented reality properties. This will mean exponentially more data being pumped over our mobile networks per video stream.

Away from regular mobile usage, the Internet of Things will increasingly rely on 5G to connect homes, cars and entire cities. Meanwhile the fact that 5G will offer a comparable experience to home broadband will lead to a massive market for 5G wireless broadband services.

While those latter elements might not seem to directly impact your mobile data allowance, the point is that everything is going to be more interconnected as the 5G era matures. Your phone will be at the centre of your 5G-connected life, and that in itself is going to take up a lot of extra bandwidth.

How much data do we use?

According to OFCOM's Communication Market Report 2020, the average UK phone owner used 2.9GB of mobile data per month in the firstborn half of 2019. That marks a 34% increase over the previous year.

We're still awaiting the figures for 2020 and early 2021, and they're likely to be atypical in light of the global pandemic during the time. Most people in the UK will have been out and about utilising 4G and 5G networks much less, with increased reliance on home Wi-Fi.

Even if this world-changing event hadn't taken place, we would have expected an increase in data usage of less than 5GB per month. 5G availability is still relatively limited outside of key central city areas, and most of us are still doing the same basic things with our phones as we were in early 2019.

It's perhaps instructive, then to break down what some of those basic online activities consume in terms of data.

How much is 1GB of data?

With 1GB (1000 MB) of data, you could browse the web, use social media, and check your email for 10 hours or so. Spread over a month, that's really not that much. You could also stream around 10 hours of music, using services like Spotify or Apple Music.

On the video streaming front, Netflix uses about 0.3GB of data per hour on its Low setting, 0.7GB on SD (standard definition), up to 3GB per hour on HD (high definition) video, and 7GB per hour for Ultra HD. So you could watch a single 1 hour movie at a sub-optimal SD resolution. In a nutshell, then, 2GB of data is:

How much is 2GB of data?

With 2GB (2000 MB) of data, you could browse the web, use social media, and check your email for 20 hours or so. Spread over a month, that's really not that much. You could also stream around 20 hours of music, using services like Spotify or Apple Music.

On the video streaming front, Netflix uses about 0.3GB of data per hour on its Low setting, 0.7GB on SD (standard definition), up to 3GB per hour on HD (high definition) video, and 7GB per hour for Ultra HD. So you could watch a single 2 hour movie at a sub-optimal SD resolution.In a nutshell, then, 2GB of data is:

How much is 4GB of data?

4GB of data is about what your average non-5G user will use in a year. With this amount - which equates to 4000MB - you could browse the web, check your social media, and keep on top of your email for around 40 hours. Alternatively, you could stream music for 40 hours.

You could also manage two films per month on medium quality, or one and a third at high definition. While this is proven to be enough for the average user, it still isn't a media addict's paradise, then.

How much is 8GB of data?

With 8GB of data (8000MB), we're getting more into advanced usage territory. You could web browse, check your social media, and keep on top of your email for a full 80 hours with this much data on tap. Alternatively, you could stream music for 80 hours - that's more than two and a half hours per day.

Apart from that, it would be possible to stream five or six full movies on medium quality each month, or two to three at high definition. You could even watch a single one hour episode of something at 4K/UHD.

Now we're starting to get somewhere. With 12GB of data, you'll be able to tackle most things. 120 hours of emailing, web browsing and social media, or the same number of hours of music streaming should be more than sufficient.

On the video front, you'll be able to watch 8 or 9 movies at SD or medium quality, or four high definition movies. Alternatively, you sould just about be able to watch a full UHD or 4K movie.

With 30GB of storage per month, you're well into the kind of territory that will be suitable for heavy 5G usage. With 30GB (30000MB) at your disposal, you basically won't have to worry about the impact emailing, web browsing and social media will have on your usage. You'd have to exceed 300 hours of this in order to push past your limits, as you would when it comes to music streaming.

But it's video streaming that really benefits from when you get to this much data and higher. With 30GB, you could stream 21 or 22 SD or medium quality Netflix movies - enough to get you through a full month of commutes. You could bump things up to full HD and still watch 10 movies with 30GB, or even watch two movies at 4K/UHD quality.

How much data will we be using on 5G in future?

While we've established that 5G doesn't inherently consume more data than 4G, it is still leading to a considerable increase in data usage.

Data from the first year or so of 5G shows that data consumption is significantly higher. Opensignal found that in six leading 5G countries during September 2020, 5G smartphone users consumed between 2.7 and 1.7 times more mobile data than 4G users.

Naturally there's a certain case of early adopter syndrome at play here, with the first users of any new technology tending to be the most heavily invested - both financially and emotionally. But the new 5G-enabled applications outlined above (360-degree video, augmented reality etc.) are going to lead to a further exponential increase in data usage.

As noted by Mobliciti, the general consensus seems to be that by 2022, average mobile data consumption could be around 20GB per month.

In terms of the nature of that data consumption, mobile infrastructure giant Ericsson predicts that “Three hours more video content will be consumed on mobile devices weekly when away from home, of which one hour will be on AR/VR glasses in a 5G future”. It also notes that “Half of all users expect their mobile cellular data usage to increase significantly on 5G, and 1 in 5 could see an increase of 10 times, with usage of 200GB per month”.

Of course, both of those reports were written in a pre-COVID world, before 5G rollouts and consumer habits were so unexpectedly constrained. While this might delay that predicted data usage spike a little, however, it won't stop it altogether. The simple fact is that in the not too distant future, we're all going to need significantly more generous data plans.

How much do you need to pay for 5G right now?

After an initial bout of high-priced 5G contracts, as network operators sought to recoup some of their initial rollout costs, monthly fees have stabilised significantly. In most cases, 5G access is all part of the package.

So how much should you be looking to spend on your 5G data today? Based on those aforementioned stats and projections, if you were starting a 24 month 5G contract in 2021, you would ideally want at least 20GB of data allowance each month.

Note that we're not taking handset cost into account here. Most new phones on the market today above £200 (which is budget phone territory) will support 5G connectivity, and the cheapest way to take on any mobile contract is generally to buy a phone outright, then opt for a SIM-only contract.

Check out our feature on the Best 5G phones for all budgets if you'd like more information. For now, here are the cheapest 5G SIM-only prices across the UK’s big four network operators at the time of writing.

Three has long provided its customers with access to 5G at no extra charge. You can currently get a 24 month SIM-only plan with unlimited data, minutes and texts for £10 per month over the first 6 months,  and £20 per month for the remaining 18 months. If you'd prefer to keep those charges consistent, you can get 30GB of data for £12 per month.

EE now also offers 5G-ready SIM-only plans. At the time of writing you can get a 24 month 120GB data allowance for £20 per month.

The arrival of 5G is bringing about increased performance, and with it new data-hungry applications. Inevitably, this is leading to a massive increase in mobile data usage.

Whether you’re streaming higher quality video, controlling an increased number of connected devices, or taking advantage of the new data-hungry applications that are right around the corner, the simple fact is most of us are going to be needing far more generous data allowances when we sign up for our next mobile contract.

Thankfully, signing up to a 5G contract is no longer an expensive option aimed exclusively at early adopters. Getting connected to the network of networks is now all part of the package, and crucially, operators are increasing their data allowances accordingly.

There are plenty of unlimited data and 100GB+ packages out there right now. From what we've learned, however, the average 5G user should find 20GB of monthly data allowance to be sufficient throughout their next contract.