5G Frequencies in the UK

By Dean Ramsay and James Rogerson 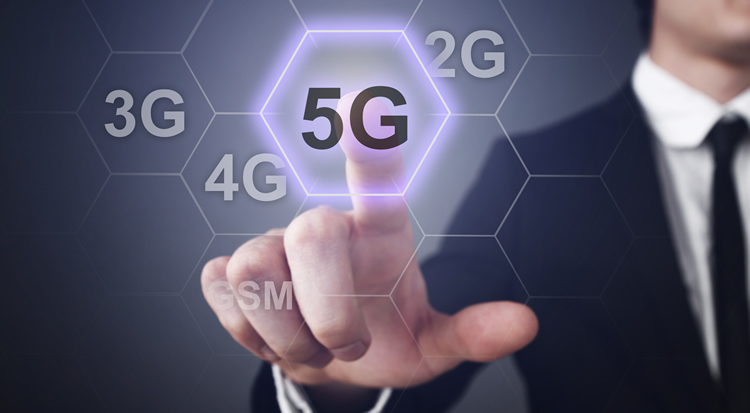 Below we’ll answer all those questions and more, so settle in and read on to become a 5G frequency expert.

What are 5G frequencies?

5G frequencies are what mobile networks use to send data between masts and mobile devices, such as smartphones. The same technology is used for 4G and 3G, but the frequencies differ.

Using low frequency bands (such as 700MHz) allows networks to transmit radio waves over very long distances, and they pass through obstacles such as buildings easily. However, the amount of data per second that can be sent over low frequency signals is low.

The opposite is true of using high frequency bands (such as 3.4GHz). Much higher data transfer rates can be achieved (allowing for the sorts of speeds we see with 5G), but the distances over which they can be broadcast are shorter and they struggle to pass through walls and other obstacles. Therefore, mobile networks use a mix of higher and lower bands to provide an ‘always on’ connection with relatively fast data transfer.

But with 5G, there is much greater use of high frequency spectrum than we’ve seen with 4G and 3G. In fact, spectrum in the 3.4GHz and 3.6GHz bands has been acquired in 5G spectrum auctions specifically for 5G use. Prior to acquiring spectrum in these bands, most networks topped out at 2600MHz spectrum.

But there’s still a role for lower frequency bands in 5G networks too, as the combination allows a network to deal with all situations.

5G spectrum refers to the range of frequencies that enable 5G, but spectrum is a finite resource, so when we talk about the spectrum that networks hold, we’re referring to the amount of capacity they have access to, and the specific parts of the frequency band. So for example, Vodafone has 50MHz of 3.4GHz spectrum, covering the 3410MHz – 3460MHz part of the band.

What 5G frequencies are being used in the UK?

However, as explained above, these low frequency bands are limited in terms of capacity and speed, which means that alone they can’t provide the 5G experience people would expect.

At the time of writing EE, O2 and Three all have some 700MHz spectrum, as detailed below. Vodafone is the odd one out with none – but it has plenty in other bands.

At a spectrum auction regulated by Ofcom in March 2021, EE spent £284 million for 40MHz of spectrum in the 700MHz band. EE has since begun rolling out the 700MHz band across the UK and has switched it on at numerous sites, although few of the sites have been named.

We know however that the first locations to benefit from the deployment were set to be Morecambe, Redditch and Cramlington.

David Salam, EE’s director of mobile networks said that EE has “big ambitions” for 5G connectivity in the next decade and this is the latest milestone in EE’s journey to provide nationwide connectivity.

O2 has also begun its 700MHz band rollout, using kit from Nokia and Ericsson. O2 paid UK regulator Ofcom £280 million to attain a 20MHz slice of the 700MHz spectrum band. We know Cardiff was among the first places to benefit from this spectrum haul, but it’s likely in much wider use now.

Three, meanwhile, spent £280 million on two 10MHz blocks in the 700MHz band and is also likely bolstering its 5G network with this now – though exactly where hasn’t been confirmed.

The 3.4GHz band is much higher frequency. For reference, 4G networks in the UK don’t use any spectrum above 2.6GHz.

Being higher frequency means spectrum is typically available in greater capacity, which allows for higher data speeds of the kind we’re seeing with 5G. However, it doesn’t travel as far or pass through obstacles as well, so combining it with lower frequency spectrum is important for a reliable, widespread 5G network.

Ofcom auctioned off the 3.4GHz band of spectrum in 2018. EE and O2 hold 40MHz, Vodafone holds 50MHz, and Three has 20MHz. This spectrum, along with the band detailed below, is the backbone of the UK’s 5G networks, so it’s in wide use.

The 3.6GHz-4GHz band is higher frequency still, so its positive and negative points are further emphasised. However, along with the 3.4GHz spectrum (and all other spectrum between 1GHz and 6GHz) it’s part of the sub-6GHz 5G band, which is designed as a combined coverage and capacity layer.

In other words, all this spectrum is essentially the backbone of a 5G network, as it strikes a good balance between easily allowing for widespread coverage and supporting high speeds.

What 5G frequencies may be used in future?

At the time of writing (April 2022), the UK’s second 5G spectrum auction (covering spectrum in the 700MHz and 3.6-3.8GHz bands) has concluded, and the four main networks have each secured spectrum from it.

While no subsequent spectrum auctions have been confirmed, Ofcom is known to be freeing up spectrum in the 8GHz and 26GHz bands, as well as the 1492-1517MHz band, the latter of which should be available by December 2022.

Ofcom is also looking into potentially opening up the 32GHz, 37-43.5GHz and 66-71GHz bands to mobile networks at some point in the future.

These high frequency bands (the ones of above 6GHz) are known as mmWave, and can deliver super-fast data rates beyond what we’re seeing so far in the UK’s 5G networks. Of course, being so high frequency their ability to cover wide areas or interiors is also a lot more limited.

Beyond auctions, it’s possible that some of the spectrum currently being used for 4G, 3G and 2G networks could be repurposed to support 5G. This spectrum is quite low frequency, ranging from 800MHz to 2600MHz.

How much 5G spectrum do the UK’s networks have?

Following the second 5G spectrum auction (held in March 2021), the 5G spectrum holdings of each network are as shown in the chart above.

As you can see, Three has by far the most, and that’s thanks in large part to its purchase of UK Broadband. Its 5G spectrum includes 20MHz of 3.4GHz spectrum, 120MHz in the 3.6-4GHz range, and 20MHz of 700MHz spectrum.

It’s not just the amount of spectrum that matters though, but also how it’s positioned, with large blocks of contiguous spectrum being more desirable. To that end, we’ve seen some networks trade spectrum to build up a contiguous block.

For example, we’ve seen O2 and Vodafone arrange to trade some of their spectrum so that O2 can obtain an 80MHz contiguous block, while Vodafone can bring its spectrum closer together.

It’s worth noting that Three has an even bigger 100MHz contiguous block, but this was arranged with Ofcom, rather than being the result of trading with another network.