What is Network Slicing? 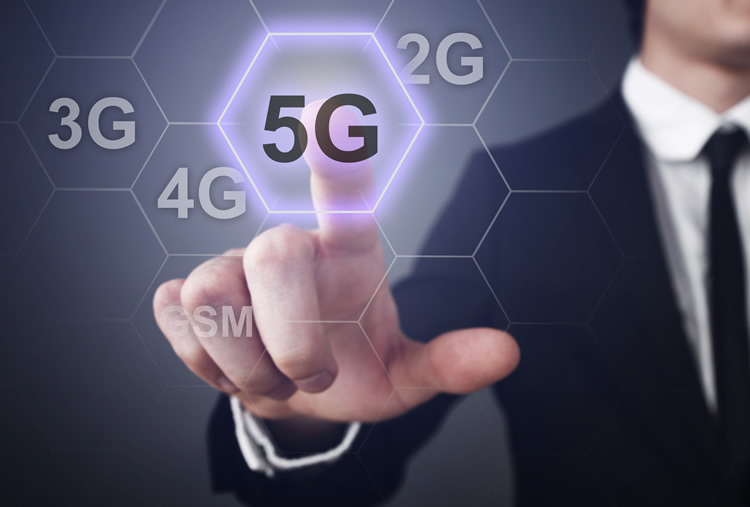 Network slicing allows a network operator to provide dedicated virtual networks with functionality specific to the service or customer over a common network infrastructure. Thus it will be able to support the numerous and varied services envisaged in 5G.

What is Network Slicing?

Network slicing is a form of virtual network architecture using the same principles behind software defined networking (SDN) and network functions virtualisation (NFV) in fixed networks. SDN and NFV are now being commercially deployed to deliver greater network flexibility by allowing traditional network architectures to be partitioned into virtual elements that can be linked (also through software).

The virtual networks are then customised to meet the specific needs of applications, services, devices, customers or operators.

How Does It Relate To 5G?

In the case of 5G, a single physical network will be sliced into multiple virtual networks that can support different radio access networks (RANs), or different service types running across a single RAN. It is envisaged that network slicing will primarily be used to partition the core network, but it may also be implemented in the RAN.

What Will It Do?

Network slicing is expected to play a critical role in 5G networks because of the multitude of use cases and new services 5G will support. These new use cases and services will place different requirements on the network in terms of functionality, and their performance requirements will vary enormously.

For example, an autonomous car will rely on V2X (vehicle-to-anything) communication which requires low latency but not necessarily a high throughput. A streaming service watched while the car is in motion will require a high throughput and is susceptible to latency. Both would be able to be delivered over the same common physical network on virtual network slices to optimise use of the physical network.

Network slicing will maximise the flexibility of 5G networks, optimising both the utilisation of the infrastructure and the allocation of resources. This will enable greater energy and cost efficiencies compared to earlier mobile networks.

Ultimately, network slicing will enable new products and services that can be brought to market quickly and be easily adapted as demand changes and evolves, translating into increased revenue for operators and more services for end users. A joint study conducted by BT and Ericsson that was published in September 2017 found that introducing new IoT services by using network slicing and operational automation generated 35% more revenue over five years than a single multi-service network. It also resulted in the equivalent of a 40% reduction in operating expenses (OPEX) and an overall impact of 150% increased economic benefit.

How Does It Work?

Each virtual network (network slice) comprises an independent set of logical network functions that support the requirements of the particular use case, with the term ‘logical’ referring to software.

Each will be optimised to provide the resources and network topology for the specific service and traffic that will use the slice. Functions such as speed, capacity, connectivity and coverage will be allocated to meet the particular demands of each use case, but functional components may also be shared across different network slices.

Each will be completely isolated so that no slice can interfere with the traffic in another slice. This lowers the risk of introducing and running new services, and also supports migration because new technologies or architectures can be launched on isolated slices. It also has a security impact, because if a cyber attack breaches one slice the attack is contained and not able to spread beyond that slice.

Each will be configured with its own network architecture, engineering mechanism and network provisioning. It will typically contain management capabilities, which may be controlled by the network operator or the customer, depending on the use case. It will be independently managed and orchestrated.

The user experience of the network slice will be the same as if it was a physically separate network.

Network slicing is expected to be a key component of future 5G networks and all major mobile equipment manufacturers are working on the technology. They’ve teamed up with major carriers to conduct research and demos. Activity on network slicing went up a gear in 2017 and has continued into 2018, although it’s still at the research stage. UK operators were somewhat late to the game, but both BT and Vodafone have stepped up their activity.

Perhaps the most progress has been made by Ericsson, which has been working with multiple operators on network slicing, including Japan’s NTT DOCOMO since September 2014. In mid 2016 the two announced a successful proof of concept (PoC) of dynamic network slicing technology for 5G core networks. They created a slice management function and network slices based on requirements such as latency, security or capacity. DOCOMO designed the network slice creation and selection functions, while Ericsson developed the network slice lifecycle and service management technologies. In May 2017 the partners demonstrated the world’s first 5G network slicing solution with multiple slices on the same device, focused on using robots for building automation.

DT has also been working with Huawei, demonstrating in November 2016 the first 5G end-to-end autonomous network slicing which showed how different network slices can be created automatically and in an optimised way on a shared RAN, core and transport network.

BT signed a 5G collaboration agreement with Huawei in December 2016, and in February 2017 the two announced their first area of research would look at how network slicing can be used to support services delivered over 5G networks. In June 2018 the partners announced “new” research into network slicing at BT locations in the UK, but gave no further details of what the activity involved. They plan to showcase their research at Mobile World Congress 2019.

In February 2018, BT, Ericsson, Verizon and others demonstrated the autonomous control and management of a fleet of drones in central London, which was launched from the US by Verizon on a dedicated 5G network slice in BT’s network. BT is also co-chairing, with HPE, the Telecom Infra Project’s (TIP) E2E Network Slicing Project Group, which launched in November 2017 with the aim of identifying, developing, demonstrating and trialling use cases for network slicing. In February 2018, Finland-based Cloudstreet joined the project having received US and European patents for its Dynamic Profile Controller network slicing platform, which will be used by the group.

Vodafone UK awarded Ericsson a contract to improve its 4G network and prepare for 5G in June 2017, also signing a MoU covering multiple areas of collaboration, including distributed cloud and network slicing proof of concept. Vodafone also joined the TIP in November 2017, although its activity centres around the software-defined RAN.

As for Three, it hasn’t revealed any specific trials regarding network slicing, but in August 2018 picked Huawei to supply 5G infrastructure, eschewing existing suppliers Nokia (which supplied its 3G network) and Samsung (4G) in favour of Huawei’s more advanced 5G technology.

Network slicing took centre stage in June 2017 with the launch of the 5G-Transformer Project, a coalition of 18 mobile operators, vendors and academic institutions. The project received $7.9 million in funding from the European Commission and will last for 30 months, specifically focused on network slicing.

The project has three main goals:

Trials at different test beds in Europe are expected in 2018 and 2019.

The bulk of the members are academic and research bodies from France, Italy and Spain, with no participation from any UK institutions. The operators involved are Orange and Telefonica, while the equipment vendors are Ericsson, NEC and Nokia.

Where Are We Now?

Network slicing for 5G is still very much in the research stage and both the 3GPP and NGMN Alliance have been developing the definition and use cases. The proposed requirements for 5G network slicing are laid out in 3GPP’s Technical Report 22.891 (“Study on New Services and Markets Technology Enablers”). It was approved in June 2016, paving the way for normative specification work as part of Release 15 that began in the second half of 2017 and is set to conclude by the end of 2018.

In November 2016, the 5G Americas industry association released a white paper (“Network Slicing for 5G Networks and Services”) that explores an end-to-end 5G systems framework for the creation of customised network slices. It also considers the application of network slicing to air-interface technologies and the long-term technology roadmap and solutions for network slicing in 5G. The white paper working group was led by representatives from Ericsson and Intel.

There’s no indication yet of any likely timeframe of when network slicing might be commercially available.

Given that the stated goals of the TIP E2E Network Slicing Project Group include demonstrating the ability to support at least four simultaneous slices for at least one scoped use case, it’s clear that commercial deployment is still a way off.