What are 5G Testbeds? 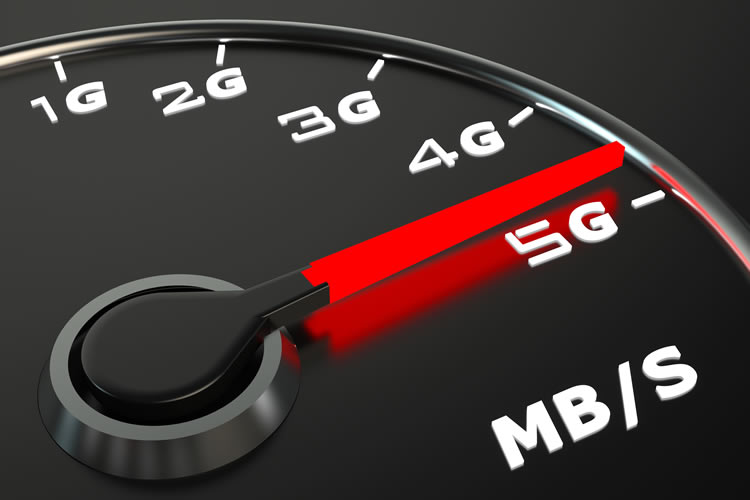 The 5G Testbeds and Trials Programme is a government initiative announced in autumn 2017 that has already led to the creation of a UK 5G network for test purposes, a national 5G innovation network to promote and co-ordinate research into 5G technologies and use cases, and a number of focused testbeds. More projects are in the planning stage.

The government has committed significant funding to the programme which is being matched by local organisations and private companies. The aim is to put the UK at the forefront of the development of 5G technologies, services and applications, to drive innovation and economic benefit at home as well as export opportunities for UK business.

Why are testbeds needed?

The rationale behind 5G testbeds is simple. Testing and proving grounds are needed because 5G will utilise entirely new technologies than previous mobile networks and will spawn completely new applications and services that will spill over into ever facet of our lives and environment. Every mobile operator and equipment manufacturer on the planet is in a rat race to develop 5G technologies and the UK cannot afford to be left behind.

The aim of the government’s 5G Testbeds and Trials (5GTT) Programme is to put the UK at the forefront of 5G, by accelerating development of 5G technologies as well as proving the use cases and business models. The UK should therefore benefit from early development of technologies and applications that can be exported, as well as the underlying economic benefits 5G is expected to deliver through swift commercial deployment at home.

Government involvement is expected to lead to a more co-ordinated and standards-based nationwide research effort to make the best use of available resources. It will also mean that UK SMEs will not be left out in the cold through early access to incubator programmes and technology demonstrators, both for developers and those wanting to benefit from 5G technologies. The public sector is contributing significant funding to a variety of projects, which is being matched by private sector contributions.

What is the 5GTT Programme?

The government first announced plans for 5G testbeds and trials in the 2016 Autumn Statement. In the 2017 Autumn Budget the Chancellor announced a four-year 5G Testbeds and Trials (5GTT) Programme, a key part of the government’s 5G strategy that aims to support technology trials and deployment pilots to stimulate the development of 5G use cases and business models. It is one of two programmes that will share £740 million in funding from 2017-18 to 2021-22 (the other being the Local Full Fibre Networks (LFFN) Programme). The funding will come from the new National Productivity Investment Fund (NPIF) to boost the UK’s digital infrastructure and forms part of the government’s wider 5G strategy.

There are multiple strands to the programme which are outlined in detail below.

Following on from the 2017 Autumn Budget, the Department for Culture, Media and Sport (DCMS) created a new supporting Centre of 5G Expertise to ensure that the development of 5G capabilities across the country is co-ordinated (as well as with organisations including UK Research and Innovation and the Government Digital Service, GDS) and meets government objectives. It has three key objectives:

The testbeds themselves are designed to help industry understand the challenges involved in deploying new 5G technologies, and test 5G applications to prove the various use cases as well as move ideas towards commercial viability.

The 2017 Autumn Budget also committed the government to investing “a further” £160 million from the NPIF in new 5G infrastructure, although it transpired this was to come from the already announced amount.

In July 2017 the University of Surrey’s 5G Innovation Centre (5GIC), Bristol University and King’s College London were awarded £16 million to develop a 5G test network in the UK, the first step towards the creation of the National 5G Innovation Network which had been announced in March 2017 as part of the Budget.

Each university would create three small-scale mobile networks which would combine to form the test network. Each network would incorporate elements expected to be in commercial 5G networks, such as mobile signal receivers and transmitters as well as the technology to handle 5G signals.

The 5GUK network (also known as 5GUK Hub) was demonstrated at Mobile World Congress in February 2018 and completed a month later. It was the world’s first end-to-end 5G network. It is integrated at the system level and connected across the three sites, with sufficient capability and capacity for tests and trials of 5G technologies and advanced applications in a real-world environment.

It has already been used to demonstrate a variety of applications, including a robotic football player, interactive entertainment in Bristol, and a connected musical performance from artists in two different countries.

It is now open for business, to be used to trial 5G applications and technologies, including other projects within the 5GTT programme.

Following a competition that opened in October 2017, in December 2017 DCMS awarded the contract to create and deliver the national 5G Innovation Network to a consortium led by Cambridge Wireless. Other key partners are the Knowledge Transfer Network (KTN, part of Innovate UK) and the TM Forum, with associate partners Digital Catapult (a DCMS body), Real Wireless Ltd and DG Cities Ltd.

The UK5G Innovation Network (known simply as UK5G) launched in March 2018 to promote the research, collaboration and commercial application of 5G in the UK. It aims to facilitate and encourage the engagement and co-ordination of organisations working on 5G in the UK. A senior national advisory board steers its activities and advises the 5GTT Programme, including providing feedback from industry and advising on potential future of areas of focus.

In October 2017 the government opened the first competition for up to £25 million of funding under the 5GTT Programme. Under the terms of the competition, DCMS would provide grant funding of between £2 million and £5 million to individual programmes, but would also consider a larger scale project with a bigger grant funding requirement and longer delivery period. Applications had to be made by consortia comprising a minimum of two participants. For companies, the maximum amount of grant funding would be 40-60% of the project cost, depending on the size of the business. For research and public sector organisations, a maximum of 30% of the project costs would be grant funded. Successful applications will be able to use the 5GUK network.

The competition closed in December 2017 and the winners were announced in March 2018. Six organisations were chosen to receive between £2 million and £5 million in government grants as part of a total investment of £41 million from private sector and other public sector funding. The funding will run from 1 April 2018 to 31 March 2019. The winning bids are geographically dispersed across the UK and cover a wide range of 5G use cases.

The phase 1 projects are:

The next phase of 5GTT projects are already in the planning stage.

There are also a number of other testbeds that do not form part of the 5GTT Programme but warrant a brief mention.

The first wave of testbeds has now received funding and encompass a wide range of use cases and technology challenges, across the country. The second wave is already well advanced and more developments are expected in early 2019. We’ll keep you posted every step of the way!