What are Compound Semiconductors? 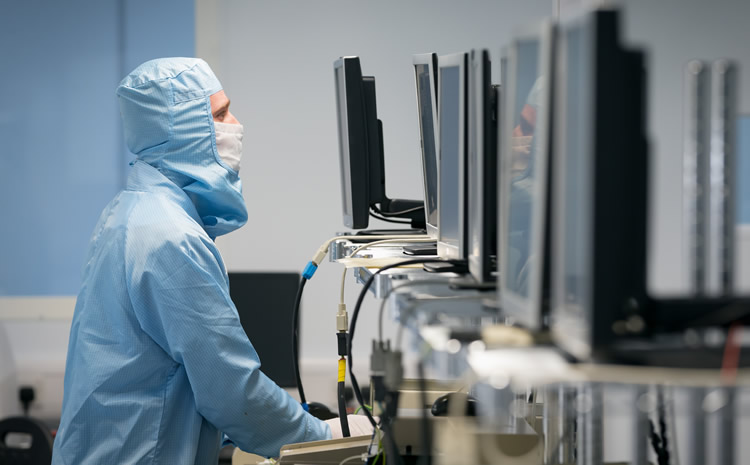 Compound semiconductors are the next generation of semiconductors. They operate much faster than silicon and have a host of other properties that will support emerging technologies that require ultra-high performance along with sensing and other capabilities.

What are compound semiconductors?

First let’s go back a step and consider what a semiconductor is. It’s a generic term for a substance, usually a solid chemical element, that can conduct current, but only partly. The conductivity of a semiconductor lies between that of an insulator (like rubber or glass), which has virtually no conductivity, and a conductor (such as copper or aluminium), which has near full conductivity. The specific properties of the semiconductor can be altered through the introduction of impurities, known as dopants, into the structure of the crystal.

Because a semiconductor can only conduct current under certain conditions, it is a good medium for the control of electrical current. As such, semiconductors are now essential components of most integrated circuits (ICs).

Only a few of the 92 elements can be used for semiconductors, and silicon is by far the most common as it is readily available and has lots of commercial applications.

How long have they been around?

While the cost of manufacturing compound semiconductors has come down, it is still far higher than the production of silicon semiconductors. However, the properties of the crystals mean they can do things that aren’t possible with silicon, so justifying the cost.

What can compound semiconductors do?

Electrons in compound semiconductors move much faster than electrons in silicon, enabling high-speed processing that’s over 100 times faster than silicon. Furthermore, compound semiconductors operate at lower voltage, can emit and sense light, generate microwaves and are magnetically sensitive and resistant to heat. They can store, route, transmit and detect data at a fraction of the energy used by current solutions.

Compound semiconductors are already used in power amplifiers for smartphones and other wireless devices, light sources for DVDs and Blu-rays, LEDs, solar batteries, and solar cells and gyro stabilisers in satellites, to name a few.

What does all this have to do with 5G?

Compound semiconductors have numerous properties that will benefit the IoT. Key among them is the greater power efficiency that will be essential for battery-powered devices and the optical properties that enable them to be used in sensors that will deliver new imaging techniques for connected cars, healthcare and much, much more.

With the market expected to grow to £125 billion by 2025, the UK is aiming to be a global force in compound semiconductors. A cluster in south east Wales hopes to do for the region what silicon semiconductors did for Palo Alto in California, aka Silicon Valley.

The Compound Semiconductor Applications Catapult was set up in early 2016, the eleventh ‘Catapult’ to be opened by Innovate UK. At launch, the government pledged £10 million in funding a year up to 2020-21. The aim of the Catapult is to provide research facilities to accelerate the commercialisation of compound semiconductors. Key areas of focus are healthcare, the digital economy, energy, transport, defence and security, and space. It will work with companies and complementary research facilities.

The Catapult was spearheaded by Cardiff University and Cardiff-based IQE plc, the world’s leading supplier of advanced semiconductor wafers which are used in wireless chips. Some £80m had already been invested in Cardiff University’s Institute for Compound Semiconductors, and a further £40m in the Compound Semiconductor Centre (CSC), a joint venture between the university and IQE that was formed in August 2015 and is closely aligned to the Institute.

The EPSRC Manufacturing Hub in Future Compound Semiconductors was announced in December 2016 having secured £10m in funding from the UK’s Engineering and Physical Sciences Research Council (EPSRC). It will work closely with the CSC and be led by Cardiff University with three key academic partners: University College London, the University of Manchester and the University of Sheffield. A further 26 initial companies and organisations are allied to the Hub, including US-based optical components manufacturer Oclaro which has development and manufacturing facilities in the UK.

Local government is also in on the action. In May 2017, the 10 councils in the Cardiff Capital Region announced funding of £38 million for a new compound semiconductor manufacturing facility to be located in Newport. The funding follows £12 million announced by the Welsh Government in November 2015. The factory will be owned by the councils and will be leased to the private sector. It is projected to create £375 million of private sector investment and some 2,000 jobs over five years.