What is the Tactile Internet

By Sacha Kavanagh and Jon Mundy 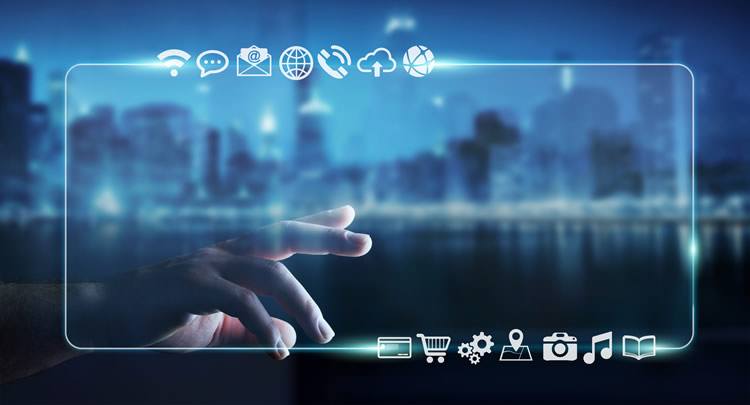 The Tactile Internet will be the next evolution of the Internet of Things (IoT), encompassing human-to-machine and machine-to-machine interaction. It will enable real-time interactive systems with a raft of industrial, societal and business use cases.

What is the Tactile Internet?

The International Telecommunication Union (ITU) defines the Tactile Internet as an internet network that combines ultra low latency with extremely high availability, reliability and security. It believes the Tactile Internet represents a “revolutionary level of development for society, economics and culture”.

The mobile internet allowed us to exchange data and multimedia content on the move. The next step is the IoT, which is enabling the interconnection of smart devices. The Tactile Internet is the next evolution that will enable the control of the IoT in real time. It will add a new dimension to human-to-machine interaction by enabling tactile and haptic (see following section for definition) sensations, and at the same time revolutionise the interaction of machines.

The Tactile Internet will enable humans and machines to interact with their environment, in real time, while on the move and within a certain spatial communication range. It will unleash the full potential of the fourth industrial revolution, dubbed Industry 4.0, and revolutionise the way we learn and work through the Internet of Skills, aka Human 4.0.

Proponents of the Tactile Internet argue that it should build on areas where machines are strong and humans are weak, so that the machines complement rather than substitute humans. As the power of the machines increases, the value of the human input should also grow.

How will the Tactile Internet work?

In principle all human senses can interact with machines, and technologies to enable and enhance that interaction will deliver the Tactile Internet.

The Tactile Internet will enable haptic interaction with visual feedback. The term haptic relates to the sense of touch, in particular the perception and manipulation of objects using touch and proprioception. Proprioception is the sense of the relative positioning of the parts of one’s body and the strength of effort used in movement.

The visual feedback will encompass not just audiovisual interaction, but also robotic systems that can be controlled in real time as well as actuating robots, ie those that can activate a motion.

In order for technical systems to match human interaction with their environment, they must meet the speed of our natural reaction times. As such, 1ms end-to-end latency is necessary for Tactile Internet applications. The underlying network must also be ultra reliable as many critical tasks will be executed remotely and it must rely on cheap edge infrastructure in order to enable scale. It will therefore need 5G as the underlying network infrastructure.

The Tactile Internet will combine multiple technologies, both at the network and application level. At the edges, the Tactile Internet will be enabled by the IoT and robots. Content and data will be transmitted over a 5G network, while intelligence will be enabled close to the user experience through mobile edge computing. At the application level, automation, robotics, telepresence, augmented reality (AR), virtual reality (VR) and artificial intelligence (AI) will all play a part.

The better question might be ‘What aren’t the use cases?’, as the list is seemingly endless! The examples given here should give a good indication of the broad range of possibilities, but it’s clear that the Tactile Internet will have applications that haven’t yet been conceived of.

Automation, robotics and telepresence are already growing in importance in industrial applications like smart factories and the remote operation of industrial machinery. The Tactile Internet will take the possibilities still further, enabling the efficient manufacturing of highly customised products, remote mining in high-risk areas, and remote inspection, maintenance and repair of everything from industrial plant to airplanes.

In healthcare, medical expertise is still largely confined to the location of the physician, but in the world of the Tactile Internet it will be available anywhere and at any time. The physician will be able to command a tele-robot at the patient’s location, allowing remote physical examination with full AV and haptic feedback. The first tele-surgical operation was carried out as early as 2001 but telesurgery is still not mainstream due to the limitations of robotics and the underlying communications technology. It will be widely enabled by the Tactile Internet.

Robotic exoskeletons will be used for tele-rehabilitation and exoskeleton-based artificial limbs will improve the lives of people with disabilities.

VR headsets are gaining traction in the world of gaming but the development of interactive applications has been limited by the high latency of the current internet, curtailing the number of active players and the distances between them. The Tactile Internet will remove these limitations and open up greater opportunities in non-entertainment gaming. So-called Serious Games have wide applications in fields such as healthcare, education, training and simulation.

Education and training will be further enhanced by the haptic overlay of the learner and teacher. The teacher will be able to feel the learner’s movement when s/he undertakes a task involving fine motor skills, and correct as necessary. The learner will be able to see, hear and feel the exact movements their trainer has made, be they an engineer, pilot or surgeon. The concept of ‘hands on’ will take on a whole new meaning!

And the ability to remotely learn and deliver skills (for example in remote maintenance work) has led to the term the Internet of Skills, which promises to democratise labour as the internet democratised knowledge. Heady stuff indeed!

The term Tactile Internet was coined in early 2014 by Professor Gerhard Fettweis from the Technical University of Dresden in Germany. The ITU defined it in August 2014 in its Technology Watch, which assesses new technologies with regards to existing standards and their potential impact on future standardisation.

The ITU Technology Watch was prepared by representatives from a number of German academic bodies, as well as Telekom Deutschland, Robert Bosch and the local arms of Vodafone and equipment vendors Alcatel-Lucent, Ericsson and Nokia. Fettweis was the principal author and the TU-Dresden 5G Lab Germany is one of two academic bodies which aim to be at the forefront of developments into the Tactile Internet.

The other is King’s College in London, which launched the 5G Tactile Internet lab in February 2016 in partnership with Ericsson, part of the collaboration between the two announced in March 2015. It’s headed up by Professor Mischa Dohler and is also working with the college’s Health Hub.

In the wider tech world, many of the world's biggest companies are turning their attention to the concept of the metaverse, which is expected to have haptic feedback and the Tactile Internet at its core. Think of the metaverse as a more immersive 3D internet, employing VR and AR technology to put us right in the middle of our online experiences. The sense of touch is seen as key to that greater immersion.

Mark Zuckerberg, founder and CEO of Meta (formerly Facebook) has referred to this next phase of online life as the “embodied internet”, which speaks to the more visceral connection we'll have to these physical worlds.

As with the IoT, the full possibilities of the Tactile Internet will not be realised – or even known – until full low-latency 5G becomes more established. While many of the core underlying technologies have been around for years, widespread implementation has been constrained by the limits of current networks.

The first practical indications of the Tactile Internet began emerging in 2014 and 2015. The oPhone and later oNotes app allowed users to add smell to their reading or listening experience (and have morphed into the Cyrano digital scent speaker). Apple debuted its Taptic (a combination of tap and haptic) Engine in 2015 and has since installed it on MacBooks, iPhones, iPads and the Apple Watch. It sends alerts about new notifications through vibrations combined with audio, with different haptics used for different types of notification. Many Android devices also now feature haptics, but are less sophisticated than Apple’s.

However, the more advanced Tactile Internet applications are still at the research stage. Huawei demonstrated the TAC–2020 robot artist at Mobile World Congress Shanghai in 2015, which reproduced every stroke drawn by a human on a tablet onto canvas, precisely and synchronously.

On the matter of understanding and digitising touch, Meta is working with researchers from Carnegie Mellon University to produce an artificial skin material called ReSkin. This material will provide "a versatile, replaceable, low-cost skin for AI research on tactile perception".

The key restricting factor in the development of the Tactile Internet continues to be limitations of the current network infrastructure.  Put simply, the 5G networks we have today are neither responsive nor reliable enough.

The Institute of Electrical and Electronics Engineers (IEEE) has conducted, assembled, and published a lot of research on the Tactile Internet in recent years. One such 2020 report spoke of the unsuitability of initial 5G networks for the task, and the widespread acceptance of the need for new 5G radio interface to be able to boast 99.999% reliability and less than 1 ms end-to-end latency.

The report speaks of "future 5G and beyond networks" as supporting such haptic communications, which indicates that we're not ready just yet.

It is still a way off, but when it arrives the Tactile Internet has the potential to re-shape the way we live, work and play.