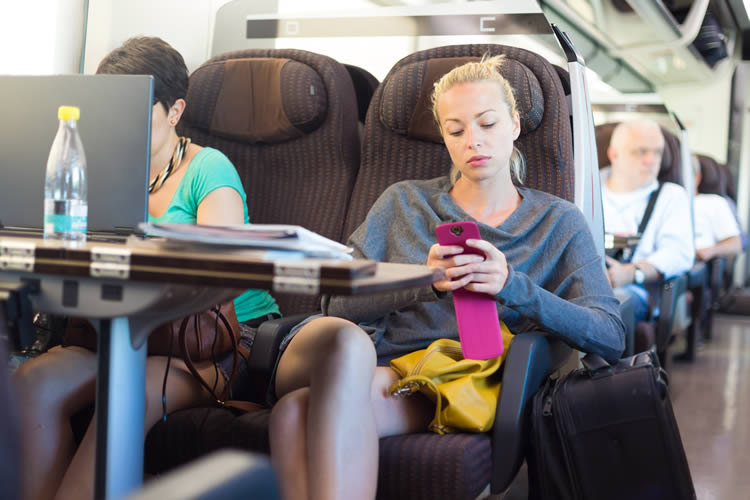 Anyone who has tried to get any work done while travelling by train will, perhaps cautiously, welcome the government’s latest proposals to dramatically improve onboard mobile and Wi-Fi connections. The question is how to make it financially viable.

In its 5G Strategy, the government committed to improving coverage in the UK, including on trains. According to Matt Hancock, Minister for Digital, by 2025, each train could get speeds of around 1 Gigabit Per Second (Gbps), allowing several hundred passengers to stream uninterrupted video content at the same time.

However, getting there requires a range of infrastructure upgrades and significant investment. The new consultation calls for input on how to fund this work.

The role of 5G

Train Wi-Fi services are typically frustratingly poor, and often expensive too. In the latest National Rail Passenger satisfaction survey, only 30% of UK passengers were satisfied with onboard Wi-Fi - it even ranked below satisfaction with toilet facilities. Despite advances in technology, good connectivity on trains is still hard to provide.

Bruce Williamson, Railfuture told 5G.co.uk: “The train represents a whole load of Wi-Fi demand (potentially hundreds of users at a time) which is connected to one mast at a time, which doesn't have the full capacity that is desired.”

5G could solve this issue. In Japan late last year, Samsung announced that it had completed a 5G demonstration on a moving train in partnership with Japanese telecommunications carrier KDDI. It reported achieving peak speeds of 1.7Gbps as well as downlink/uplink handover. The tests included 8K video being downloaded by the 5G router on-board, and 4K video being uploaded.

However, to capitalise on the promised benefits of 5G, significant groundwork has to be done first.

Williamson continued: “The on-train Wi-Fi connnection relies on the mobile phone network, which wasn't set up to cover railway lines, hence there are gaps in the countryside and in tunnels.”

To help understand some of the technical and practical deployment challenges of trackside infrastructure, work has already begun on a trial on the Trans-Pennine route between Manchester and York, in partnership with Network Rail.

“We want people to be able to get connected where they live, work and travel,” said Matt Hancock. “This means improving connections on Britain’s railways now, and making sure they are fit for the future. We’ve got a long way to travel but our destination is world-class signal for passengers. This will not only make journeys more enjoyable and productive, but will help improve the operation and safety of the railway and deliver economic benefits for the whole of the UK.”

Williamson further commented to 5G.co.uk that the main remaining challenges are “covering the whole network, and finding a way to pay for this.” He added: “Passengers want free Wi-Fi, so will it be paid for by the government, increased fares or by the phone companies themselves?” That's what this consultation hopes to answer.

The consultation closes on 7th February.