In an exclusive concept video produced for 3G.co.uk, we get a glimpse at what Apple could have in store for us with the iPhone 12 Pro - including 5G.

It’s widely expected that Apple’s next flagship smartphone will be the first to sport 5G connectivity when it lands some time in September or October. This and many other exciting features are showcased in our concept video, which was made off the back of numerous supply chain leaks and industry rumours.

The most striking thing about the iPhone 12 Pro, if those rumours are to be believed, will be its bold new design. Its flat edges and right-angled corners seem to be a throwback to the seminal iPhone 4. Anyone who owns a recent iPad Pro model may also recognise this approach.

Alongside this concept video, we have a number of concept renders showing what the iPhone 12 Pro might look like in five classic colours: black, white, gold, red, and the dark green option that was introduced with the iPhone 11 Pro.

Besides its bold design, 5G capabilities and AR camera, the iPhone 12 Pro is expected to feature a super-smooth 120Hz display (up from 60Hz in the iPhone 11 Pro) and reverse charging (for keeping your AirPods topped up).

Also notable is the iPhone 12 Pro’s new LiDAR-equipped camera module, which will enable advanced augmented reality (AR) applications. As we’ve discussed before, 5G networks are going to be key to AR reaching its full potential, and a 5G-equipped iPhone 12 Pro could be at the forefront of that push.

Rather less certain, but included in these concept renders, is the potential for a USB-C port in place of Apple’s proprietary Lightning connection. It’ll also be interesting to see to what degree Apple shrinks its screen notch technology. While the general preference seems to be for a completely notchless display, as reflected in these renders, we may have to settle for a somewhat minimised component this time around. 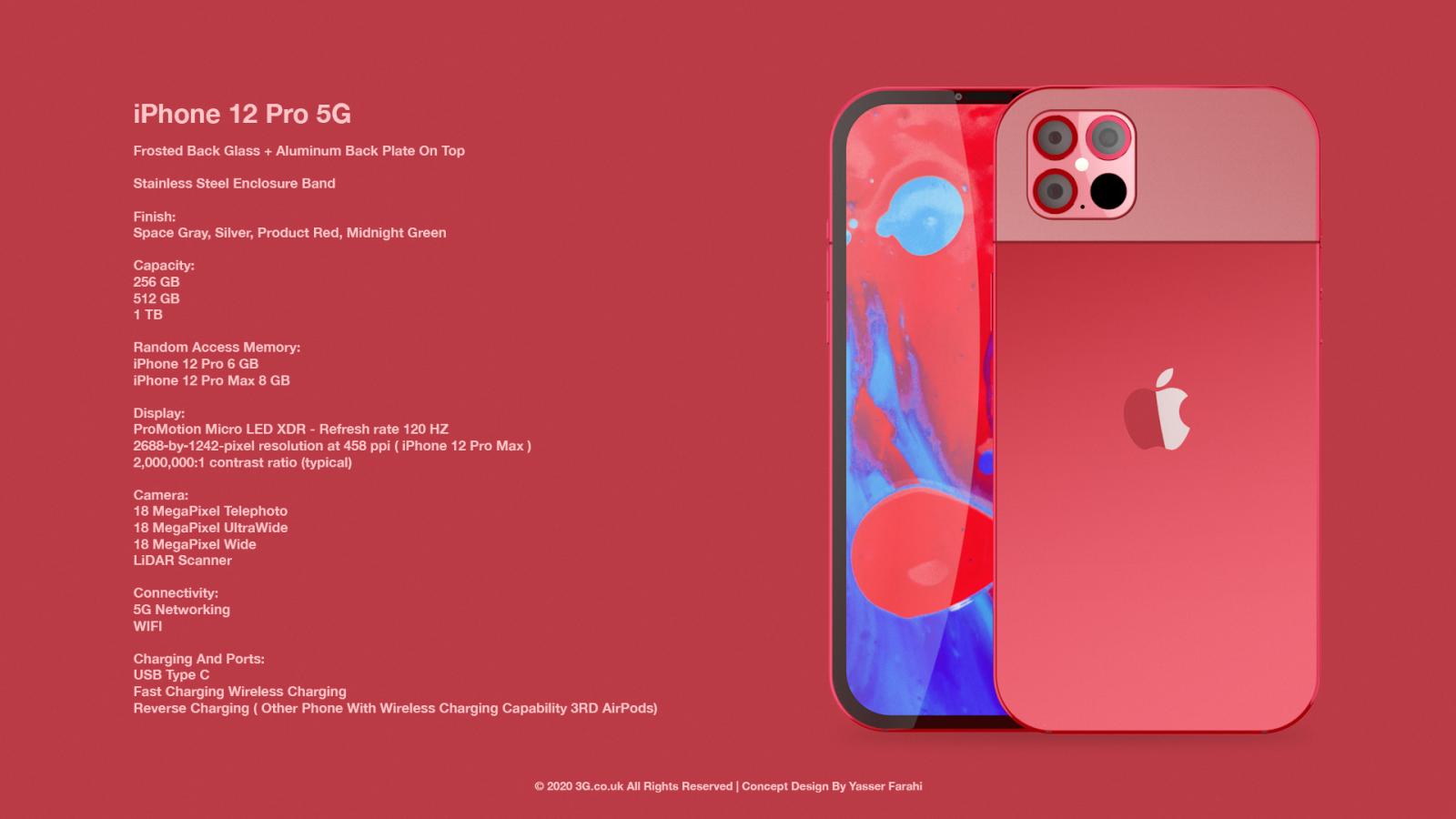 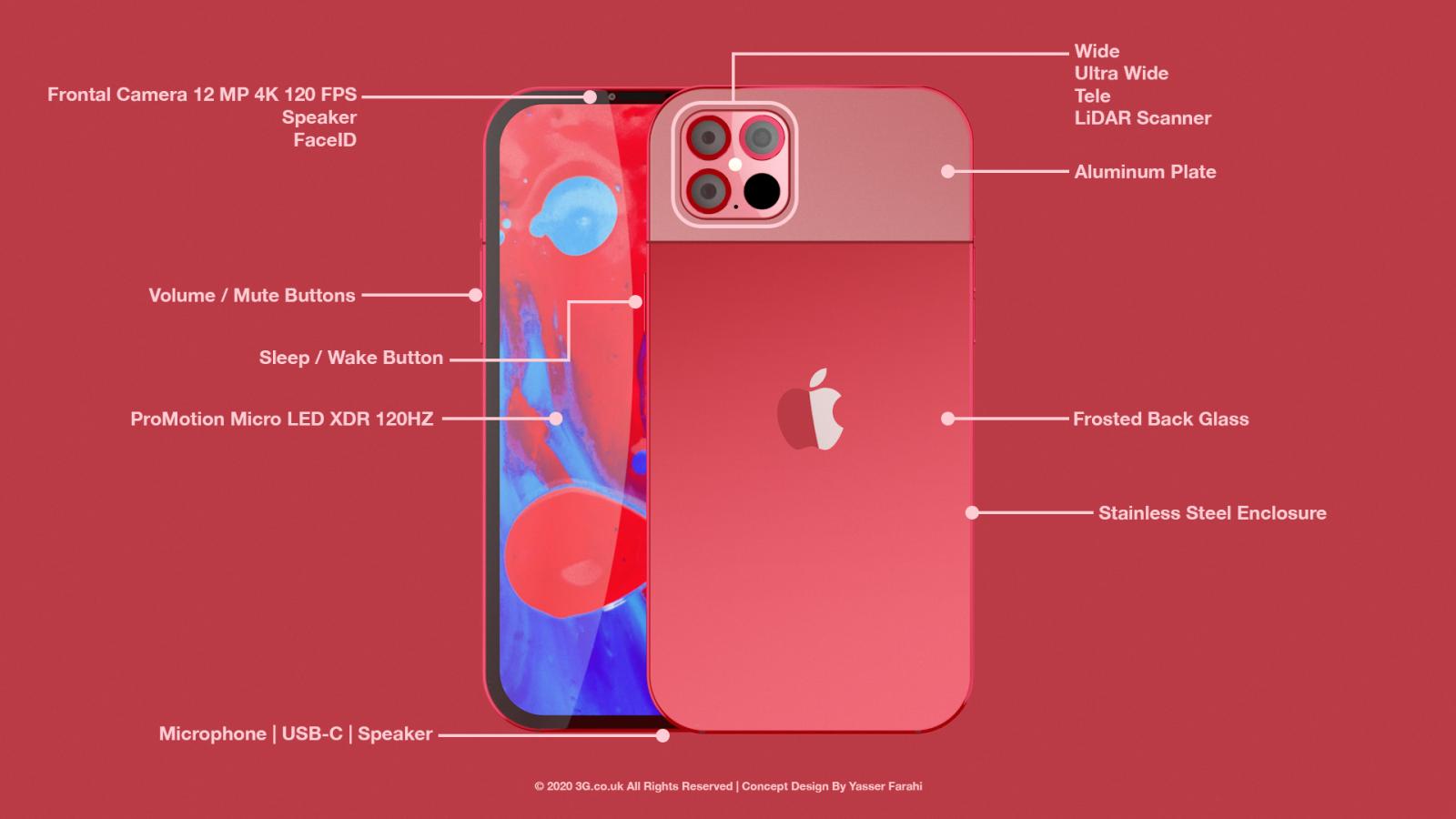 It’s worth stating once again that these materials are not based on any official information, and as such may not be representative of the final product. But based on the decade-long history of iPhone rumours, if the iPhone 12 Pro doesn’t at least partially resemble what we’re seeing here, we’ll be surprised.

If you’ve been holding out for the first 5G iPhone, your wait is likely almost up. The iPhone 12 Pro is set to land later this year with a bold design and next generation network connectivity, and we can’t wait to hold it in our hands.