BT and Nokia collaborate on live VR broadcasts over 5G 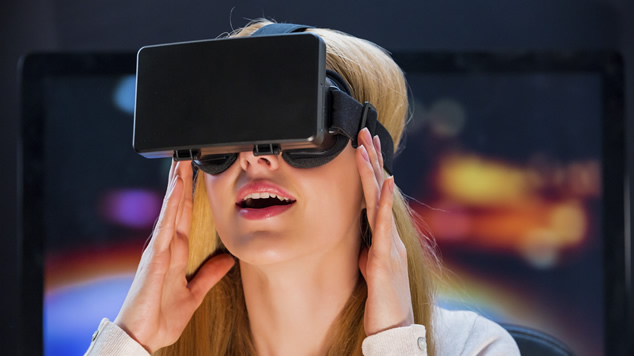 BT has announced that it is teaming up with Nokia to research the use of 5G to enable live virtual reality broadcasts.

In particular, such immersive VR broadcasts would work well in the realm of sport. Given that BT has just this week extended its rights to broadcast live Champions League football until 2021 at a cost of £1.2 billion, it’s easy to see why it might be interested in pushing the frontiers of sports broadcasting.

Best seat in the house

To this end, BT and Nokia teamed up at Mobile World Congress in Barcelona last week to show how 5G-type technologies could be used to transmit high-quality VR footage. Attendees were able to use VR headsets to watch a replay of the UEFA cup match between Tottenham Hotspur and CSK Moscow.

Viewers wearing VR headsets were able to experience being seated in a ‘virtual VIP box’ within the football stadium, granting them a uniquely immersive viewpoint from which to watch the match.

The OZO is the first such camera to enable the real time monitoring of 360-degree footage capture, thus enabling the kind of professional live VR capture that BT is after.

Of course, capturing such VR footage is one thing, but broadcasting that footage quickly and reliably is another. That’s where BT is hoping that 5G will come in. At MWC, Nokia was again on hand to provide the relevant technologies for the VR showcase.

In particular BT was able to rely on Nokia’s 5G FIRST solution, which includes Nokia Air Scale Massive MIMO adaptive antennas and Cloud-RAN implementations based around Nokia AirFrame, to transmit the football match over a super-fast wireless mobile network connection.

With BT’s acquisition of the UK’s biggest mobile operator, EE, in August 2016, the UK telecoms giant clearly sees 5G connectivity as a major component of its broadcasting ambitions. Thanks to Nokia’s pioneering VR camera and 5G technology, we can now get a glimpse at that future.

Howard Watson, CEO of BT Technology, Service & Operations, said: “5G and VR are both technologies with enormous potential. This exciting joint research with Nokia is allowing us to explore how they can work together to provide a transformative experience for our customers in the future. Drawing on the high bandwidths and low latencies of 5G will allow us to go beyond the already compelling VR experiences that are possible over 4G, and cater for more interactive future VR content which will place people right at the heart of the action.”

Have you read our guide: How Will 5G Boost VR and AR?