EE has been named the best UK mobile network for the 15th consecutive time by independent telecoms analytics firm RootMetrics.

The BT-owned network came out top in England, Northern Ireland, Scotland and Wales for the second half of 2020. It topped its three major rivals on six of the seven categories: overall performance, reliability, speed, data, call, and text. It also scored joint first on the remaining category of accessibility.

This marks the seventh consecutive test period in which EE has scored top or joint top in every category.

EE was also found to have by far the fastest aggregate median download speed across the entirety of the UK at 43Mbps. Second place Vodafone scored less than half that speed with 21.1Mbps. 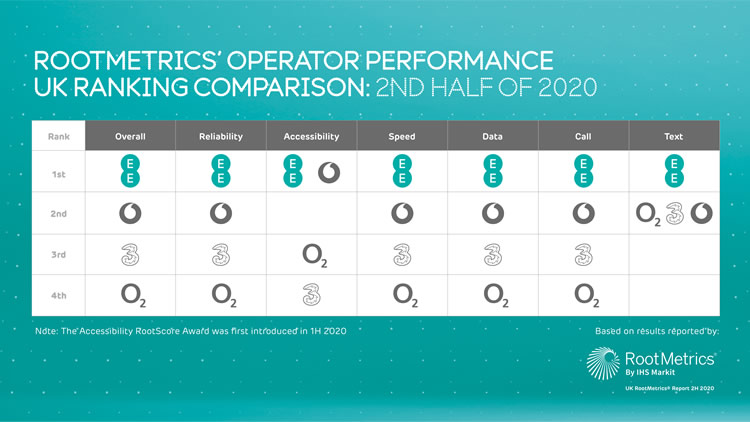 It was also found that EE enjoys greater 5G coverage than any of its rivals in the UK’s four capital cities: Belfast, Cardiff, Edinburgh and London.

Indeed, EE enjoys a 5G coverage advantage in 15 of the 16 cities that were tested by RootMetrics, including Birmingham, Bristol, and Manchester.

Marc Allera, CEO of BT’s Consumer business, said: “Delivering the best mobile experience remains our priority. Being recognised as the UK’s best network for the fifteenth consecutive time reflects our continued investment in keeping our customers connected to the things that matter to them most. RootMetrics’ 5G testing shows that we are a long way ahead in terms of 5G rollout and bringing the latest mobile technology to even more people.”

For its latest report, RootMetrics conducted 645,000 tests across 16 cities in England, Northern Ireland, Scotland and Wales between July and December 2020. 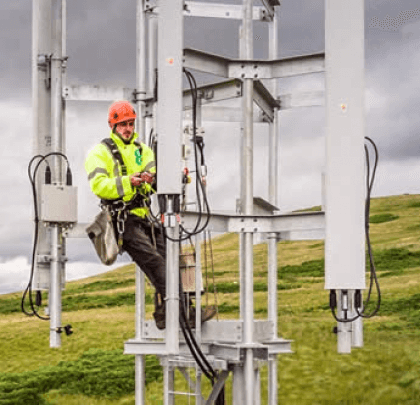 EE has announced plans to extend 4G coverage in 579 partial not-spots by the end...