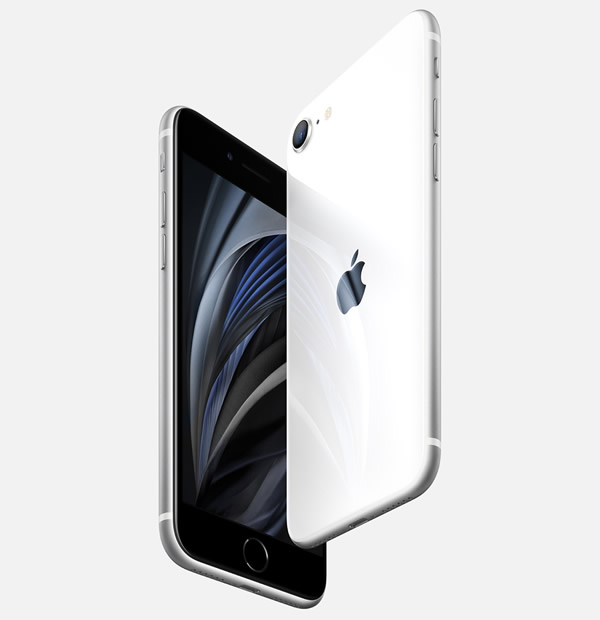 The iPhone SE (2022) above is an important phone for Apple, as it’s the first mid-range iPhone to pack 5G.

That’s arguably the biggest difference between this and the iPhone SE (2020), but it’s not the only change, so to make comparing them easier we’ve run through the key differences below.

We’ve also highlighted the very many ways in which these two phones are similar, so you can decide whether it’s worth buying the new model or sticking with the old one.

The iPhone SE (2022) is visually more or less identical to the iPhone SE (2020). Both phones have glass on the front and back, along with an aluminium frame. They’re also both water resistant to depths of up to 1 metre for up to 30 minutes.

They both have large bezels on the front, with the lower one housing a home button and Touch ID fingerprint scanner, and they’re exactly the same dimensions as you can see in the chart above. They’re also available in the same selection of colours, namely black, white and red – though the black and white shades used differ ever so slightly between the phones.

Beyond that, the iPhone SE (2022) is negligibly lighter, but basically, you’ll be hard pushed to tell these two apart just by looking at or holding them.

So if screen quality is your priority, there’s zero reason on that front to choose the iPhone SE (2022) over its predecessor.

That’s the same chipset as you’ll find in the iPhone 13 and even the iPhone 13 Pro Max, so it’s seriously powerful. The iPhone SE (2020) with its A13 Bionic is no slouch, but that chipset is a couple of years older, so it can’t match the new one.

The A15 Bionic also has twice as many cores in its Neural Engine (used for things like AI and machine learning), and the iPhone SE (2022) has 1GB of extra RAM too, for 4GB total, and being the newer phone it will also likely get software updates for longer. 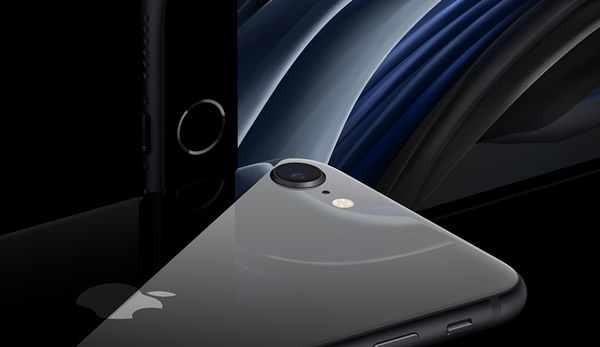 And now we’re back to things that haven’t changed much. In fact, the camera hardware on these two phones is identical, with both having a single-lens 12MP f/1.8 main camera (complete with optical image stabilization) and a 7MP f/2.2 front-facing one.

However, there are some differences in their capabilities, driven primarily by the chipset choices.

The iPhone SE (2022) above supports Deep Fusion (primarily delivering improved portrait shots and selfies) and Photographic Styles (a way to customise how the camera captures photos, choosing from things like Rich Contrast, Vibrant, or Cool).

The iPhone SE (2020) supports none of this, and it also has inferior HDR tech. Still, for the most part you likely won’t notice much difference between these two phones when snapping photos.

The battery is one thing that we can’t address quite as clearly as other specs, because Apple hasn’t revealed the capacity of the battery in the iPhone SE (2022).

That said, the company has said that it will last for up to 15 hours of video playback, compared to 13 hours for the iPhone SE (2020), so you can expect a small upgrade here on the new model.

Storage is the same on both, topping out at 256GB, but one big improvement the new phone offers is on the connectivity front, with 5G being supported on the iPhone SE (2022), while the iPhone SE (2020) tops out at 4G.

Being a newer and in several significant ways improved phone it’s perhaps unsurprising that the iPhone SE (2022) also costs more. It starts at £419 SIM-free, while on contract it starts at £21 at the time of writing.

The iPhone SE (2022) additionally has slightly better battery life, a few additional camera features and a bit more RAM, but those things won’t transform your experience of using the phone.

And in every other way these two handsets are either very similar or identical, with their screens, designs, camera hardware and storage all being basically the same.

So the iPhone SE (2022) is the better phone and for most people the better buy – given that it doesn’t cost much more – but if the iPhone SE (2020) starts getting heavily discounted it could start looking more appealing. Though of course, it will never have 5G, which means it will soon feel very dated too.