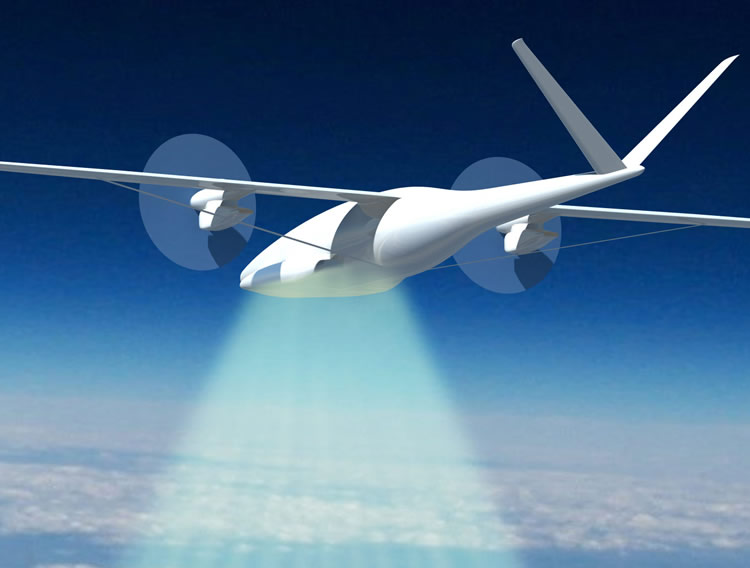 Following a successful proof of concept, Cambridge Consultants is claiming that its system will provide affordable 5G connectivity via a fleet of autonomous aircraft flying at an altitude of 20,000 meters for more than a week. These aircraft would operate at a fraction of the cost of traditional terrestrial network infrastructure, and their zero-emission hydrogen power systems will ensure minimal environmental impact.

Just a single High-Altitude Platform (HAP) can cover an area of 140km in diameter, and it’s claimed that a fleet of 60 HAPs could cover the entire UK with 5G network connectivity. What’s more, the fleet would provide even geographic coverage and peak 5G speeds in excess of 100 Gbps.

Each airborne antenna can produce 480 steerable beams, which can be precisely aimed to cover specific areas such as roads, railway lines, and shipping lanes. This level of fine control extends to the point where the HAP signal can follow mobile users in trains and autonomous vehicles, and even stop at national borders.

SPL Chief Executive Officer Richard Deakin said: “It was essential that we overcame significant technical challenges in the design of the antenna to enable us to deliver massive data rates in a unique environment where power was limited, where weight was critical and where cooling in the thin, stratospheric air was difficult.”

SPL already completed a successful test trial of the HAP system in September 2020, and the first commercial rollout is expected to take place in Germany in 2024.

However, it’s the developing world that could stand to benefit most from this new 5G venture. The HAP system’s low cost and inherently mobile nature could provide a viable means to provide 5G internet access to remote rural areas around the world.