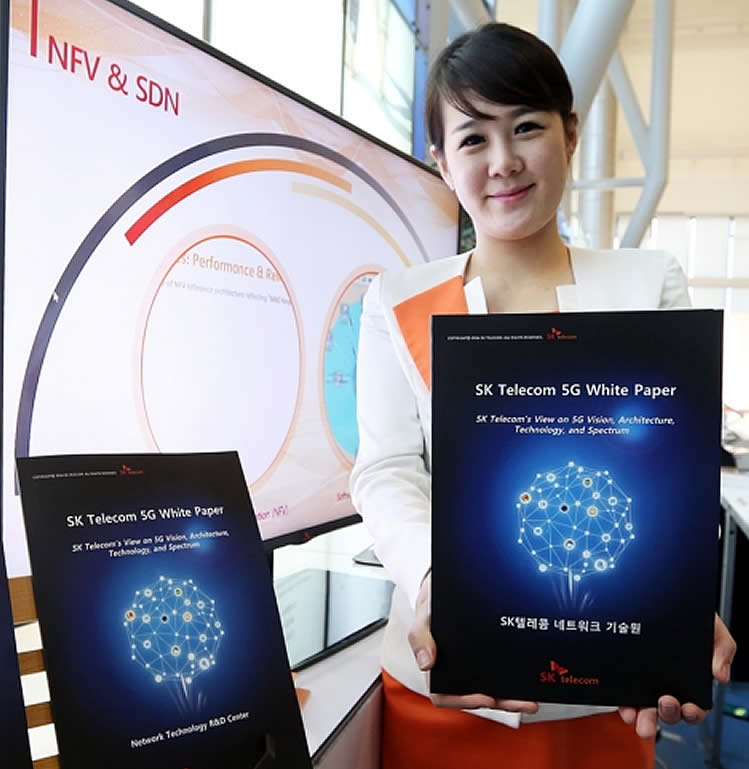 SK Telecom has announced that in partnership with Samsung Electronics it has successfully tested its 5G system at 28GHz in an outdoor trial.

It also made use of 3D beamforming, which allows them to steer the antenna beam in both vertical and horizontal domains.

SK Telecom believes this is a key 5G technology, as it compensates radio propagation path loss in the higher frequency bands caused by the short wavelengths of millimetre waves and high atmospheric attenuation.

The company notes that together with Samsung it built this millimetre wave 5G system at the end of August 2015 and has been carrying out tests since October, using outdoor 5G base stations and a vehicle equipped with a 5G handset. The tests have been designed to analyse transmission speed, latency, signal strength and other aspects of service quality in the field.

The results it’s gathered are vital to building an enhanced 5G system, as well as the 5G pilot network that SK Telecom plans to complete by the end of the year.

Park Jin-hyo, Senior Vice President and Head of Network Technology R&D Centre of SK Telecom said: “Building on its extensive experience and capabilities acquired over the last three decades in the field of mobile telecommunications, SK Telecom is set to maintain its leadership in the 5G era by leading the development of 5G technologies and services.

“And with the successful field test of a 28GHz millimetre wave 5G system, SK Telecom moves one important step closer to achieving the world’s first commercialization of 5G.”

SK Telecom has also completed development of its 5G specifications, which it will use for 5G trial services. The company plans to discuss these at the 5G Open Trial Specification Alliance, which is a group that was set up last month by Korea Telecom, NTT Docomo, SK Telecom and Verizon.