5G roaming – can I roam abroad? 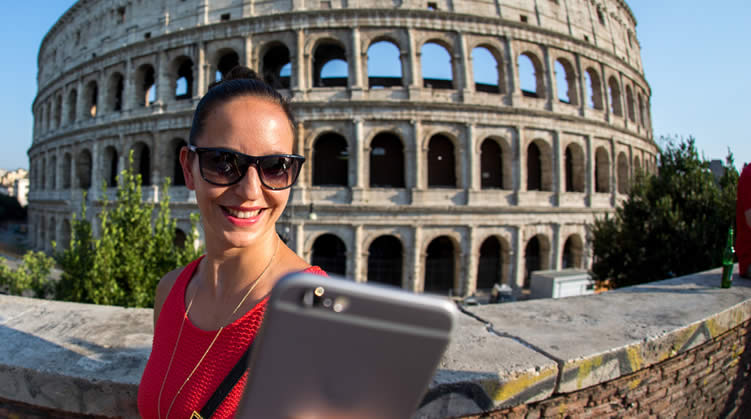 There’s still a long way to go before the UK has comprehensive 5G coverage, but already some networks let you roam abroad with 5G.

However, not many do at the time of writing, and its availability is limited, though that’s sure to change over time.

To help you get up to speed we’ve created this guide, covering exactly what 5G roaming is, which networks offer it, where it’s available, and everything else you need to know about it.

What is 5G roaming?

5G roaming means using 5G when outside the UK. It’s the same idea as the 4G or 3G data you’ll often have been able to get when touching down in another country, just faster, because other countries are also upgrading their infrastructure to support 5G, and that means – with the right roaming agreements in place – you’ll be able to tap into that infrastructure when travelling.

At the time of writing only Vodafone and VOXI offer 5G roaming. VOXI is owned by Vodafone, so it’s no surprise that it offers this (and in the same places as Vodafone), but it is notable, because it’s a small name and is offering a premium feature before most of the major players.

We expect the likes of EE, Three and O2 (along probably with the MVNOs which use their infrastructure) will start offering 5G roaming at some point, just as most currently offer 4G roaming in some places, but when and where remains to be seen.

Vodafone and VOXI let you roam over 5G in 70 EU locations at the time of writing. These are towns and cities in Germany, Spain, Italy and Ireland, a full up to date list for which can be found here.

Note however that as with 5G in the UK, coverage in most of these places won’t initially be comprehensive.

What speeds will I get when roaming on 5G?

Vodafone hasn’t confirmed exactly how fast 5G will be when roaming, but it will depend largely on the infrastructure in the country, and will therefore likely vary a little from country to country.

That said, it should be very fast wherever you are. In the UK, Vodafone promises average 5G speeds of around 150-200Mbps, and it’s likely that speeds will be similar when roaming.

Top speeds could be a lot higher too. Vodafone says to expect peak download speeds of around 1Gbps in the UK, while in a real-world test the company recorded a top speed of 700Mbps in Madrid.

If and when other UK networks start offering 5G roaming you can expect their speeds to be broadly similar.

When does 4G roaming come into play?

4G roaming (and 3G roaming) is what you’ll use when you’re on a network or in a location that doesn’t offer 5G roaming.

Your phone should automatically connect to the best network type available to you in any given location, so it’s not something you need to think about too much, but suffice it to say if your phone’s status bar says ‘4G’ while you’re roaming then you won’t be getting as high speeds as with 5G, and if it says ‘3G’ then they’ll be slower still.

On Vodafone and VOXI only select plans support 5G, but any 5G plan will come with 5G roaming as standard. It remains to be seen how other networks will handle 5G roaming.

Vodafone lets you use your full standard data, text and minute allowances when roaming, unless you have unlimited data, in which case you can use up to 25GB. This cap also applies on VOXI.

Right now, if you want to use 5G abroad, then your only options (other than signing up with a temporary local network in the country you’re in) are Vodafone or VOXI, both of which have the same core roaming terms and locations.

That will change over time, but if 5G speeds when in Germany, Italy, Spain or Ireland (as they’re the only places included at the time of writing) are a big deal to you, then that could be reason enough to sign up with one of these networks.

Can I get unlimited data when roaming?

O2 doesn’t advertise any data caps beyond your general allowances, but as noted above the other major networks do. EE caps you at 50GB, Three at 20GB (or 12GB outside Europe), and Vodafone (and VOXI) at 25GB. So for 5G roaming you’ll at most have 25GB to play with each month at the time of writing.

Can I roam when travelling by ship or plane?

Yes, however there are a few things to be aware of. First of all you may not always be able to get a signal, as the vehicle you’re in could often be out of range. Secondly, if you’re passing through multiple countries then you need to be careful not to get stung with data charges for countries where you’re not offered free roaming.

Also, there may be a local network on board the plane or boat which your phone might connect to if you allow roaming. This won’t be covered under free roaming and could be expensive – so check the terms and pricing of the network on board before connecting.

Are there differences when roaming inside and outside the EU?

At the time of writing only a subset of EU locations offer 5G roaming on any UK networks – outside the EU you’ll be limited to 4G or slower whatever network you’re on.

Beyond that, EU roaming is free on all UK networks (though they all have their own fair use limits), whereas outside the EU it’s variable, but in most countries on most networks you won’t get free roaming. It’s always worth checking the roaming terms for your destination before you travel.