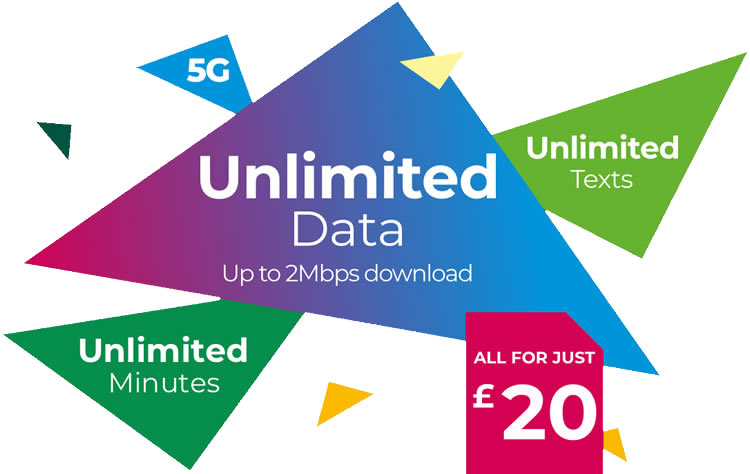 Big changes have come to Asda Mobile, including the launch of a 5G service. But to offer this, it’s actually changed network partner – previously it used EE, but now it’s moved to Vodafone.

That means you can get Asda Mobile 5G in all the same places as Vodafone 5G, which means it’s available in parts of 100 UK towns and cities at the time of writing.

The vast majority of Asda Mobile’s plans (all of which are 30-day SIM Only ones) now come with 5G included. Specifically, all plans that cost £10 per month or more. Excitingly, the network has also launched unlimited data plans for the first time, and these too come with 5G.

However, slightly confusingly there are three different unlimited data options – all with 5G listed, all lasting 30 days, and all costing different amounts.

See Deal
6 months half price
Compare all SIM Only deals

So why the varied prices? Because they have different speed caps. For £20 per month speeds are capped at 2Mbps, for £25 you get 10Mbps speeds, and for £30 you get speeds of up to 150Mbps. In practice, that means you’re only getting 5G speeds on the priciest of those plans, but the cheaper ones still let your phone connect to 5G signals, potentially boosting coverage availability.

It’s a slightly odd setup, but it’s one mirrored by Vodafone itself – and on Vodafone you’ll either have to pay more or commit to a longer term plan.

It’s worth noting that while new customers will instantly be able to select a 5G plan, existing Asda Mobile customers will have to manually switch, but this is a simple process that can be done via your online account, and since Asda’s plans are all just 30 days long, you won’t be locked into a contract.

It’s also worth noting that even if you don’t currently have a 5G phone it’s worth switching to Asda Mobile’s new 5G network if you’re currently a customer, as the old EE-backed network is in the process of shutting down, and if you don’t switch by September 15th you’ll lose the ability to make and receive calls, and to transfer your current number to the new 5G network.