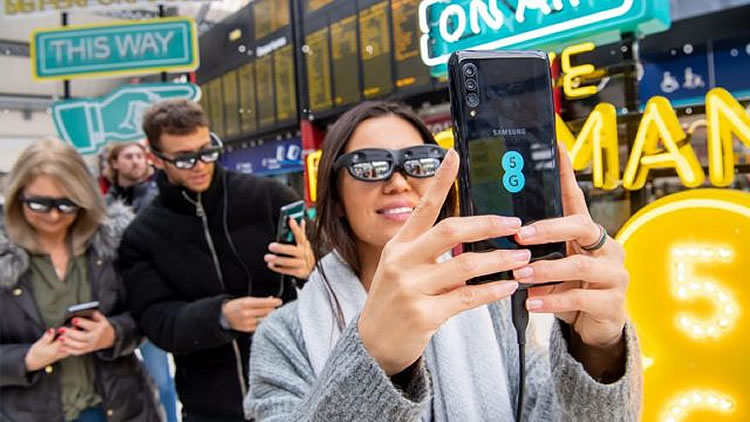 EE’s 5G coverage has just increased, as the network has announced that it now offers 5G in 80 UK towns and cities in total. That’s more than any other network and is up from its previous figure of 71 – so there are nine new ones, covering three postcode regions that didn't previously have 5G from any network.

Of those, Southend-on-Sea, Stirling and Westhoughton (as part of the Bolton postcode) are getting 5G in their postcode regions for the first time from any network, so that’s a big boost to those regions.

This announcement comes at the one year anniversary of EE’s 5G network, and the company notes that according to independent testing from RootMetrics it also has the highest availability of 5G in London, Birmingham, Cardiff, Newcastle, Glasgow, Belfast, Bristol and Edinburgh.

Marc Allera, CEO of BT’s Consumer Division, said: “One year ago today, we started the UK’s 5G journey by launching the first 5G network. In just one year, we’ve already seen a number of incredible experiences and real-life use cases that 5G enables, both for consumers and businesses, and there’s still so much more to come. 5G technology will continue to make our customers’ lives easier, make our networks more efficient, and help launch entirely new ideas and businesses that we haven’t yet imagined.”

The rise of mobile video

The network has also shown that 5G has made a real difference to how people are using their phones, noting that Netflix has jumped from being the fourth place app on EE’s network to number two in popularity – behind only YouTube, showing that speedy data is making people more inclined to watch video on their phones.

EE’s jump to 80 locations with 5G also of course means BT will have 5G coverage in the same 80 locations, and while that’s more than any rival network, some are getting close, with Three offering 5G coverage in 66 UK towns and cities, Vodafone in 44, and O2 in 30.