EE has brought 5G to Shrewsbury, in time for major events 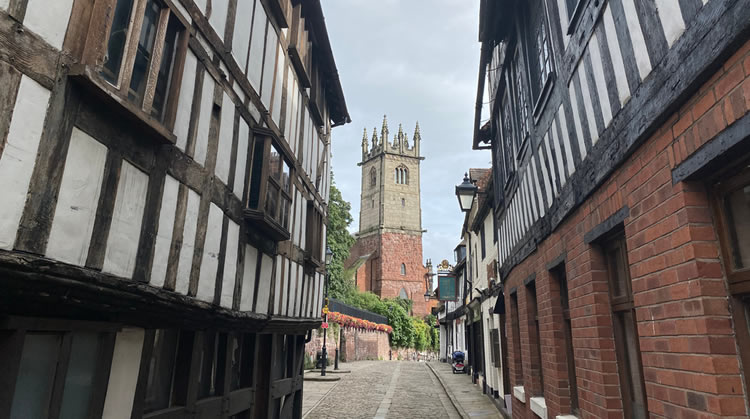 Shrewsbury has just had a major speed boost, as EE has now switched on 5G in the town, right in time for the Shrewsbury Food Festival, and ahead of Shropshire Oktoberfest.

The news of the 5G switch-on comes from the Shropshire Star, but it’s reflected in EE’s coverage map, which shows good outdoor 5G coverage across much of the town.

Notably, EE is the first mobile network to switch 5G on in the centre of Shrewsbury (though Three appears to offer patchy coverage on the outskirts), and at the time of writing no other Shropshire town has 5G coverage from any mobile network, according to Councillor Rob Gittins (Shropshire Council's portfolio holder for digital, technology and data and insight).

At last count EE was up to 161 places with at least partial 5G coverage, with the most recent previous one being Cowes. With the addition of Shrewsbury it’s up to at least 162, but there may be other new 5G locations too – EE hasn’t updated its locations list yet at the time of writing, so we can’t be sure.

While those numbers are high though, both O2 and Three have this beat, with 194 locations and over 300 locations respectively having partial 5G coverage. That said, the amount of coverage and the size of the locations will vary, so it’s very possible that EE is ahead overall, especially as it was the first UK network to launch 5G.

We’d expect all of the networks to continue rapidly rolling out their 5G services, and for those in Shrewsbury who aren’t on EE, we’re sure it’s only a matter of time before other networks switch 5G on there.