iPhone 5G concept video shows how gorgeous it could look 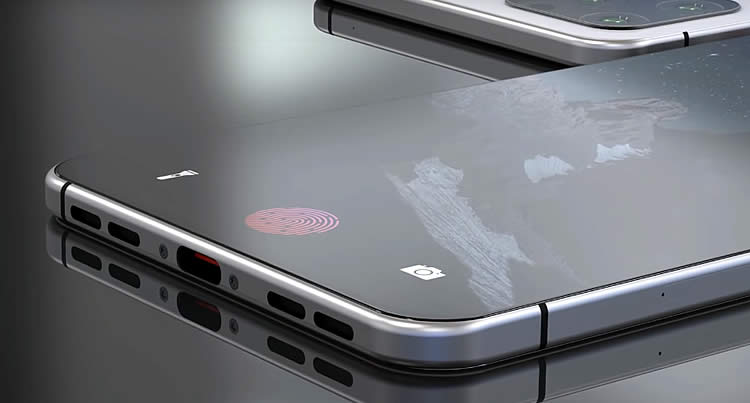 The first 5G iPhone is widely expected to launch this year, and thanks to a stunning concept video we now have a complete vision for how it could look.

Created by the talented DBS Designing team, the video shows an iPhone 12 (which is likely what the phone will be called) that wears its 5G credentials on its sleeve, thanks to a large ‘5G’ logo on the back.

Other details include a truly all-screen design with a fingerprint scanner and seemingly also a camera built into the display. There’s also a super slim build, a metal frame, and a shiny, likely glass back.

The iPhone 5G as shown here also has a quad-lens rear camera housed in a square camera block, and is shown to support wireless charging.

It’s a beautiful design, and aspects of it may well be seen in the iPhone 5G, but don’t expect the finished phone to look exactly like this, as this is after all just a concept, and while parts of it are in line with rumours and it’s all broadly in line with Apple’s design ethos, other bits are at odds with rumours, or just too advanced to likely be seen in a mainstream 2020 phone.

So what does it have right? Well, the iPhone 5G is sure to support wireless charging, given that the iPhone 11 already does. It will probably also have a very slim build, given that Apple tends to make its phones as thin as possible.

The back and sides may look similar too, as Apple already uses a metal frame, a glass back and a square camera block on its phones – though the iPhone 11 range doesn’t look as shiny as this.

A quad-lens camera is also very possible. We haven’t heard much about Apple’s iPhone 5G camera plans yet, but the iPhone 11 Pro and iPhone 11 Pro Max already have triple-lens cameras, so an extra lens would make for an obvious upgrade.

It’s the front of the phone that’s likely wrong in this design, as while there has been some talk of an in-screen camera and fingerprint scanner, some recent sources disagree with that, and given that Apple doesn’t tend to incorporate tech until it’s polished, we’d think it’s a bit too early for an in-screen camera.

What’s looking more likely based on recent rumours is a punch-hole camera cut into the screen, as we’ve seen on many other phones. That would still likely be an improvement on the notch used by current iPhones though. And the design in this concept video could well be along the lines of what we’re seeing from the iPhone 13 in 2021.

We should find out for sure whether the first iPhone 5G looks like this or not in September though, as that’s when it’s likely to land. By that time it will have plenty of competition from other 5G phones.