iPhone 5G - everything you need to know 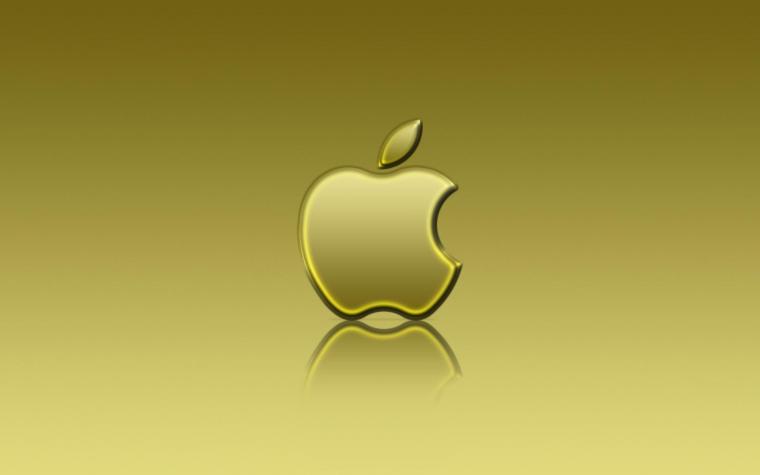 No current iPhones support 5G – which might seem surprising if you’ve been keeping an eye on Android, as there are now numerous rival 5G phones.

But a 5G iPhone is on the way. In fact, it’s likely landing later this year, as Apple is rumoured to be baking 5G into its upcoming iPhone 12 range.

Below you’ll find everything we’ve heard so far about the iPhone 5G, from the release date and price, to the various specs and features.

While no current iPhone supports 5G, that’s a situation Apple should want to remedy soon, as a survey reported by Barron’s shows “strong interest” in a 5G iPhone, with 18% of participants saying they’d pay $1,200 for such a phone. In contrast, 2019’s 4G models seemed far less appealing to participants. So 5G could be a huge deal for Apple.

Indeed, research from Strategy Analytics shows that Apple is likely to overtake Samsung as the 5G market leader once it launches a 5G iPhone.

At the time of writing (May 2020) Apple is expected to launch 5G iPhones this year – but not until at least September, when the full iPhone 12 range is likely to land.

Having said that, thanks to the coronavirus the wait might actually be slightly longer, with multiple sources claiming a delay of around a month to sometime in October is likely, due to travel restrictions placed on engineers, along with other issues in the supply chain.

In any case, whether or not the coronavirus affects things, multiple analysts - including Ming-Chi Kuo, who has a great track record - have predicted that some or all of this year’s iPhone 12 range will support 5G, but even in late 2020 a 5G iPhone might not be widely available – Forbes predicts that “it could be that significant volumes may not be available until 2021”.

However, Kuo has more recently said that he expects there will be four iPhone 12 models, and that all of them will support 5G (or at least optionally do so), suggesting there will be no shortage of them.

This would also presumably mean there would be a relatively affordable 5G iPhone available then, alongside the pricier models.

All that said, while 2020 is looking very likely for 5G iPhones, it is still not guaranteed. Cowen (an investment firm) has claimed that it might be too late for Qualcomm – which is making the modems - to get them ready in time for a 2020 launch, while UBS analyst Timothy Arcuri had previously said for example that "there is an increasing likelihood that Apple will not be able to launch a 5G iPhone next year [2020]" - though this was before Apple’s legal troubles with Qualcomm – which threatened to hold things up further - were fully resolved.

According to Jon Prosser (a leaker who often gets things right) there will be four iPhone 12 models, all with 5G support, and the cheapest of them will cost $649 (which based on Apple’s typical UK pricing is likely around £679). That’s said to have a 5.4-inch screen, and is likely just to be called the iPhone 12. The next model up supposedly has a 6.1-inch screen, is also thought to be called the iPhone 12, and apparently costs $749 (likely around $779).

If these prices pan out, then at the bottom end you’d actually be able to get a 5G iPhone 12 for slightly less than the 4G iPhone 11 costs, which would be impressive. This still wouldn’t be the cheapest 5G phone, and at the top end Apple’s 5G iPhones would be among the most expensive, but it sounds like there might be options for different budgets.

All iPhone 12 models are rumoured to have a less curvy frame than the iPhone 11 range. Having said that, another source has since claimed that other than the camera layout the designs will be very similar to the iPhone 11 range, so we’re not sure what will happen there.

We’ve also heard that at least one model will ditch the notch that the iPhone range is currently known for, and instead use an in-screen camera on the front. If only one model does this, it’s likely to be the top-end iPhone 12 Pro Max – which is sure to also support 5G.

Elsewhere though it has been reported simply that the iPhone 5G will have a smaller notch, rather than getting rid of it completely.

We’ve also seen a video from EverythingApplePro containing leaked images supposedly showing the iPhone 12 Pro Max design, and these match rumours of a less curvy frame, with a look that seems inspired by the iPad Pro, but which still has a notch – albeit a smaller one.

The design here is also shown with smaller bezels, thicker antenna lines (likely in aid of 5G), and an extra camera lens on the back (more on which below) but an otherwise similar design to the iPhone 11 Pro Max.

Having said that, we’ve also seen an iPhone 5G concept video which puts the camera and fingerprint scanner into the display, for a truly all-screen look. This is the design we’d rather see, but there’s not much evidence that we will.

Whatever the look, you can likely expect a metal frame, a glass back, and water resistance, as current iPhones and most other flagships sport this. 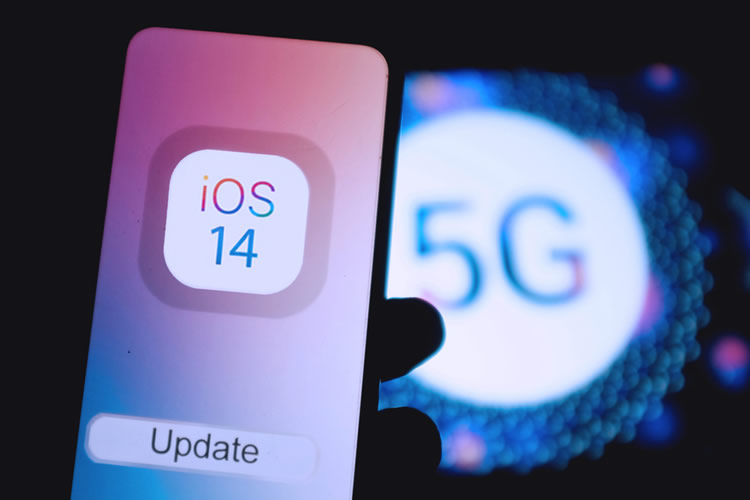 One thing we can be confident of is that the next numbered iPhones will run the next major iOS release, namely iOS 14.

This will obviously include 5G support (assuming the iPhone 12 range supports 5G as rumoured) but beyond that all we’ve heard so far is rumours.

These rumours include the possibility of home screen widgets – a feature that Android has had for many years and that could make home screens more customisable and useful.

There’s also talk of a redesigned app switcher that’s more like what you’ll find on an iPad – perhaps fittingly given that the iPhone 5G is also rumoured to have a design that’s closer to the iPad Pro.

Other rumours include the possibility of more customisation options for wallpapers, which coupled with widget support could really help you make your iPhone 5G your own.

Augmented reality (AR) support could also be growing with iOS 14, as there are reports that Apple might launch AR glasses alongside the iPhone 5G, with the phone’s software being built to communicate with them.

And, while we’re talking about the iPhone 5G here, you won’t actually need to buy that phone to get iOS 14. In fact, it’s rumoured that all phones that can run iOS 13 will also get the iOS 14 update – meaning every Apple handset from the iPhone 6S and iPhone SE (2016) onwards. Of course, you will still need the iPhone 5G for the 5G part of the update.

All four models are thought to sport an OLED screen, which is typically superior to the LCD used by the basic iPhone 11.

It’s rumoured also that at least one of the models will have a 120Hz refresh rate, which would bring the phones in line with the likes of the Samsung Galaxy S20 range and the OnePlus 8 Pro.

Finally, some early reports pointed to thinner screens, which could be cheaper to make (perhaps helping the iPhone 5G achieve its palatable rumoured starting price), as well as being more energy efficient and potentially allowing for thinner phones.

Apple’s phones usually have some of the best smartphone cameras around, and it looks like the company is working hard to ensure the iPhone 5G is included in that, as the top two models are rumoured to have a quad-lens camera, with one of those four lenses being a LiDAR scanner that can precisely measure depth.

We’re less clear on what the other three lenses will be – they might be the same trio of 12MP main, ultra-wide and telephoto lenses as the iPhone 11 Pro Max has, but one report has pointed to an upgrade to 64MP on one of the lenses.

This report additionally suggests that all of the lenses will support night mode, so low-light shooting could seriously impress, and that there will be a macro mode on the ultra-wide camera, for great close up shots.

The most basic (and therefore affordable) iPhone 5G models meanwhile are rumoured to have just dual-lens cameras, without the LiDAR scanner and likely without the 64MP lens.

The iPhone 5G will of course be tremendously powerful. Beyond supporting 5G it’s sure to sport Apple’s latest chipset, which will probably be called the A14 Bionic, and which based on past form is likely to outperform any Android chipset.

Speaking of 5G, a number of sources have reported that all upcoming iPhone 12 models (of which there’s reportedly four) will support 5G, as noted above, so you won’t necessarily have to spend extra to get it.

We’ve also heard that all four of the upcoming iPhone 5G models will support both mmWave and sub-6GHz spectrum, essentially meaning they’d support all possible 5G frequency bands, for the fastest speeds and greatest reliability.

This notably though is at odds with a report from JP Morgan, which stated that only the two most premium models would support all 5G frequency bands, with the cheaper two limited to sub-6GHz spectrum.

RAM could also be improved, at least on some models, with leakers claiming that the basic iPhone 12 will have 4GB (the same as the iPhone 11), but that the iPhone 12 Pro models will have 6GB (up from 4GB in the current generation).

The battery meanwhile could also get an upgrade, with one of the sources above pointing to a 4,400mAh one in the iPhone 12 Pro Max, up from 3,969mAh in the iPhone 11 Pro Max. If so, then the other models will probably also get a battery boost.

As for features, Face ID is almost certain to make a return, though there’s an outside chance that Apple will switch to an in-screen fingerprint scanner.

There’s also the possibility that Apple could ditch its proprietary Lightning connector, and switch to the more standard USB-C format used by most other phones.

Beyond all that, we can assume that the iPhone 5G will support wireless charging, and will be water resistant, just like the iPhone 11.

And looking ahead, while 2020’s 5G iPhones are set to use Qualcomm’s 5G modems, further down the line Apple looks set to make its own, as it has acquired most of Intel’s smartphone modem business in a $1 billion deal.

That may mean that Apple never uses Qualcomm’s new Snapdragon X60 modem, which is smaller than the one the company currently uses and should allow for superior performance. This isn’t expected to land in phones until 2021 though, so the first 5G iPhones won’t have it, and whether next year’s do or not will depend on how much progress Apple has made on building its own.

Apple is also supposedly going to make its own 5G antenna, and this is likely to feature in the very first 5G iPhones.

According to a source, the company was planning to use Qualcomm for this too, but wants the antenna to be thinner than Qualcomm is supposedly capable of, so that it can make a super sleek phone.

Making its own antenna might also reduce costs, but Apple doesn’t have the best track record with antennas, so it remains to be seen how this will play out, if it even happens.