Smarty now offers 5G, and it won’t cost you any extra 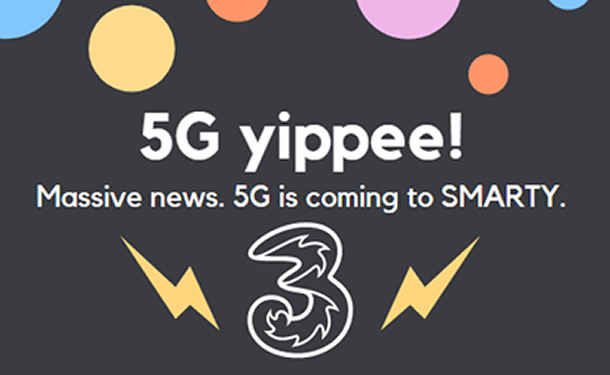 Smarty Mobile has long been a compelling 4G network, and it’s now joining the 5G party, with 5G available RIGHT NOW on all plans at no extra cost.

This applies to existing customers too, and all of Smarty’s old SIM cards are 5G-ready, so if you already have a plan with the network then you’ll now find you can pick up 5G signals (as long as you also have a 5G phone).

That’s great news as it makes for a slick, seamless transition that won’t hurt your wallet, and as Smarty uses Three’s network, it has 5G coverage in all the same places – which at last count meant parts of at least 303 towns and cities across the UK.

That’s more places than any other UK network, though the amount of 5G in each location will vary, so it doesn’t necessarily mean that Three (and now Smarty) has better 5G coverage than every rival overall.

Still, it’s definitely a strong start, and Three is improving its 5G coverage all the time, which will also benefit Smarty Mobile.

Beyond the addition of 5G, Smarty stands out through offering just one-month rolling plans, so there’s no commitment, coupled with great value pricing, and generous allowances – right up to unlimited data.

The network also promises no speed caps, and it allows customers to tether and use Wi-Fi Calling, and the network doesn’t require credit checks. Plus, it doesn’t just use Three’s infrastructure, it’s actually run by Three, so you have the peace of mind that a major network is running the show.

All of which makes Smarty a great addition to the 5G ranks, and with prices starting from as little as £6 a month you don’t have to spend much to give the network a try.