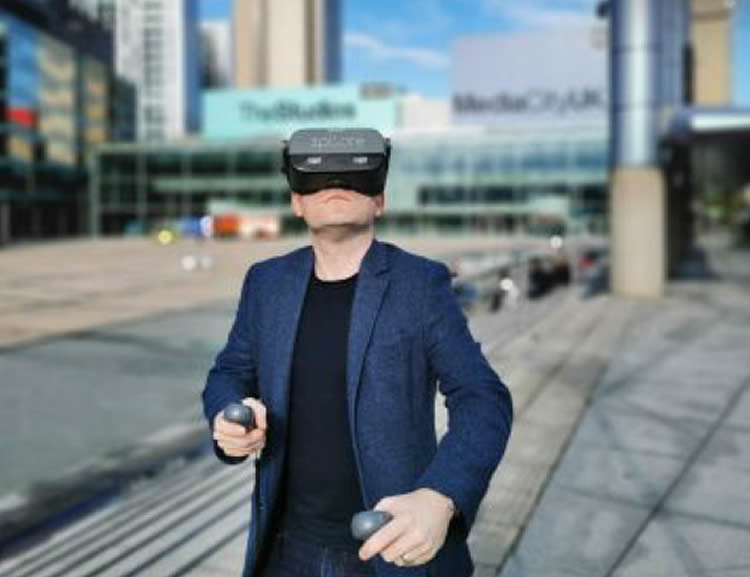 One of the many things that it’s been suggested 5G would improve is virtual reality (VR) and now we’re seeing the first evidence of that, as in a world-first, high-end VR content has been streamed over Vodafone’s live 5G network in Salford, Greater Manchester.

The test was carried out at Vodafone’s Digital Innovation Hub at The Landing, MediaCityUK, by Xpllore, which has been working on delivering a VR experience delivered over a cloud platform using 5G.

The company’s goal is to create a content platform in the cloud, where high-end VR experiences can be hosted, and streamed directly to VR headsets. Doing this will allow users to access VR content on demand, much like with something like Netflix.

VR without the hassle

So it removes the need to wait for and store a download, or to have high-end computing power to run the experiences. That in turn means you don’t need a complicated VR setup or to be tethered to a computer.

In fact, when streaming over 5G you can theoretically experience high-end VR anywhere – just as long as there’s 5G coverage.

This successful test shows that this vision should be possible, and it could be key to making VR mainstream, as it removes a lot of the hassle, limitations, and cost involved in most current VR setups.

Chris Guerin, Xpllore’s Founder, said: “We knew that if we could make VR intuitive and easy to access content, for example the way platforms like Netflix and Amazon have, then the global market for this would potentially be enormous. The technology and network capability will finally be aligned to consumer appetite for content.”

And the potential for VR – particularly delivered in this way – goes way beyond just entertainment. As Jon Corner, Chief Digital Officer for the City of Salford said, this “will have real future implications for key sectors – health, engineering, entertainment etc.”

Xpllore has been working with Vodafone to enable high-end visual content such as VR to be accessed from the cloud since January 2019, but this - achieved using a Mobile Edge Compute cloud solution linked to the MediaCityUK Hub - is a big step on the journey.

It’s not clear when these capabilities will reach consumers hands (and headsets), but with popular VR headsets such as the Oculus Quest 2 launching without wires or hefty price tags, there’s definitely an appetite for more accessible VR – and 5G looks to be the key.