HDR and 5G smartphones - Everything you need to know 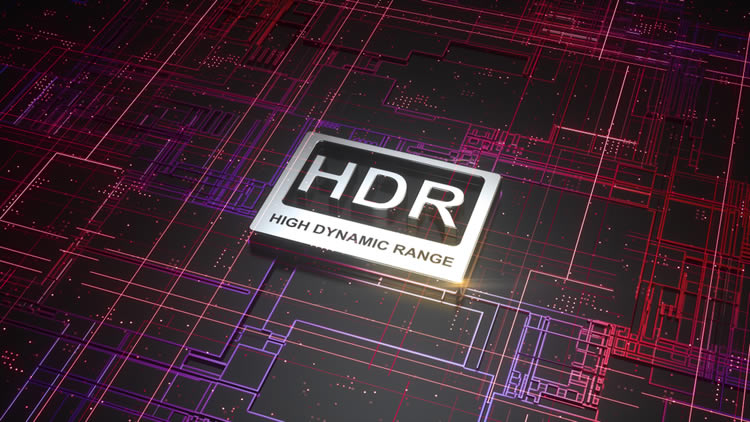 If you’ve paid any attention to recent 5G smartphone launch events, you’ve doubtless heard the term HDR bandied around. You may also have heard it used in conjunction with TV and camera technology.

It’s one of those terms that can be applied in a variety of scenarios, which can be a little confusing. Allow us to explain exactly what HDR means, how it applies to smartphones, and which 5G phones support HDR.

What does HDR stand for?

HDR stands for High Dynamic Range. It’s a term that’s used in relation to digital image reproduction, describing a heightened degree of contrast and a broader use of the colour spectrum than ordinary.

It isn’t so much a set technology or standard as it is an ideal. As such, you’ll find the term HDR applied quite broadly across photography, display technology, and even software like video streaming apps and video games.

As if to heighten the confusion, all of these different fields are represented in our smartphones. This means that you’ll see HDR used multiple times to mean quite different things.

Here’s a rough breakdown of what HDR actually means when you see it on your phone.

Almost all smartphone cameras have an HDR function built in. As a very general rule of thumb, the more capable and expensive the phone, the more automated and effective the HDR mode will be.

An HDR shot will quickly take multiple photos at different exposures, then seamlessly combine these shots into a single image. In doing so, and HDR shot can successfully capture high contrast scenarios, such as a sunny sky above a shady forest, without the bright bits being too glaring and the dark bits being too murky.

In a similar way, HDR video captured on a smartphone camera will record at multiple exposures and combine for balanced contrast.

You’ll also see HDR used in relation to media content apps like Netflix, Amazon Prime Video, and in many games. The intention is the same as when capturing HDR photos - to present you with a high-contrast image, where blacks are deep black, whites are pure white, and where there are many visible gradations of colour in between.

A moving HDR image will quite simply look more realistic than a non-HDR image, and will prove more immersive as a result.

Scan down the spec list of an half-decent phone from recent years, and you’ll note that HDR is often listed in amongst the display statistics.

In order to output those aforementioned HDR-ready applications and images, it stands to reason that your phone’s screen must be able to display the appropriate range of colours. An HDR-certified screen (there are multiple HDR standards) can output a much broader spectrum of colours than a non-HDR screen.

This is one of the main reasons why OLED displays are preferable to LCD displays. OLEDs have the innate ability to run the gamut between deep black and pure white, and to pump out far more shades of colour in between. It’s much tougher for LCDs to do so, as their backlit nature compromises dark shades.

We’ve already made mention of the fact that there are multiple HDR standards out there. HDR10 and Dolby Vision are the two that are most relevant to smartphone users, while HLG is a standard adopted for TV broadcasts

Dolby Vision is the more advanced HDR standard out there. Compared to HDR10, it has a higher peak brightness (10,000 nits versus 4,000), greater colour depth (12-bit rather than 10-bit), and the ability to use frame-by-frame metadata optimise your current picture.

However, HDR10 is an open-source standard that’s far more widely supported than the proprietary Dolby Vision. You’ll find that virtually all modern HDR-ready phones proclaim HDR10 or HDR10+ compatibility, while only some will speak of Dolby Vision.

As we hope we’ve made clear already, HDR support is innate in most modern smartphones, certainly beyond a certain price point. A safe way to ensure this, if HDR is a priority, is to choose a phone with an OLED display. There are LCDs that support HDR, but OLEDs are much better suited in general.

If you see the term Mobile HDR Premium used in conjunction with a phone, it simply means that it will give you a good HDR experience.

For the sake of clarity, here is a list of some of the more high profile 5G-ready phones that are guaranteed to give you a strong HDR experience.

How do I watch HDR video on my phone?

The likes of Netflix, Amazon Video, iTunes and YouTube all support HDR playback, so there’s a good chance you’ll simply be able to hit play on your current service.

On Amazon Prime Video, look for the HDR symbol. Similarly, YouTube content should carry an HDR badge next to the player controls.

How does 5G help with HDR?

Streaming HDR content consumes more data, due to there being more visual information to process. As a result, HDR really benefits from the faster and more stable connection that 5G provides.

Does it matter which network I go with for HDR?

No. As stated, the most important factor for streaming HDR content is a fast, stable network, so try and choose the best 5G (or 4G LTE) service for your particular area.