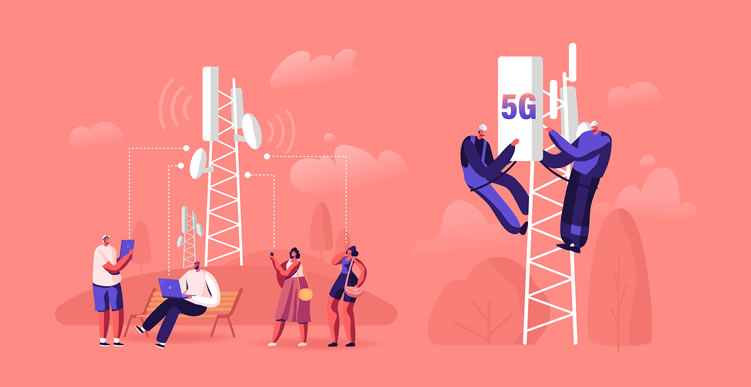 The UK’s mobile networks seem to be doing a reasonable job of rolling 5G out quickly, but there are still some significant gaps in coverage, as we’ve identified 23 major towns and cities that don’t appear to have 5G coverage on any UK network.

On our 5G coverage guides we track the 120 most significant towns and cities across the UK, and of them the following 23 don’t have 5G listed by any network.

5G no-show major towns and cities in the UK are:

This is to the best of our knowledge at the time of writing, based on location lists published by the mobile networks, and while some of these places are a lot more significant in terms of population numbers than others, they’re all notable, and some really stand out.

We’re talking places like Canterbury, Exeter, and Carlisle. Their lack of coverage is all the more surprising given that some relatively small places do already have 5G on at least one network.

And we've been waiting a long time, as 5G was first launched by EE in May 2019 (though Vodafone, O2 and Three launched a little later, in July 2019, October 2019, and February 2020 respectively). Still, with conspiracy theories linking 5G to COVID-19 and masts being set on fire as a result, it's not exactly been smooth sailing for the networks, so perhaps that's played a role.

However, it’s likely that the 23 locations will be among the next in line for a 5G upgrade on at least some of the UK’s networks, so if you live or work in one of these regions then you might well have access to 5G soon.

We’ll continue tracking the roll out of 5G across the UK, so once there is 5G in any of these places, we’ll update our coverage guides to let you know.

Of course, even the places that currently have 5G don’t all have it on every network, or in every part of the town or city, but that situation will also improve over time.