5G is supposed to be faster than the mobile services UK consumers use today and test results by RootMetrics on early 5G networks have already shown high speeds. 5G isn’t yet widely available in the UK, but it is certainly very fast.

RootMetrics by IHS Markit tested network performance during the second half of last year on all four UK mobile network operators -- EE, O2, Three and Vodafone – in three different conditions: across the entire UK, in each of the four UK nations and in the 16 largest metropolitan areas.

Separately, RootMetrics also tested 5G network performance in Birmingham, Cardiff and London on EE and Vodafone (which were the only operators to offer 5G services at the time of testing).

A closer look at how the network operators performed in the biggest metropolitan areas shows where the higher speeds and capacity of 5G can potentially make a difference for consumers through better services. Where there are many more users in small areas, like major cities, networks can become congested causing speed and reliability to suffer. 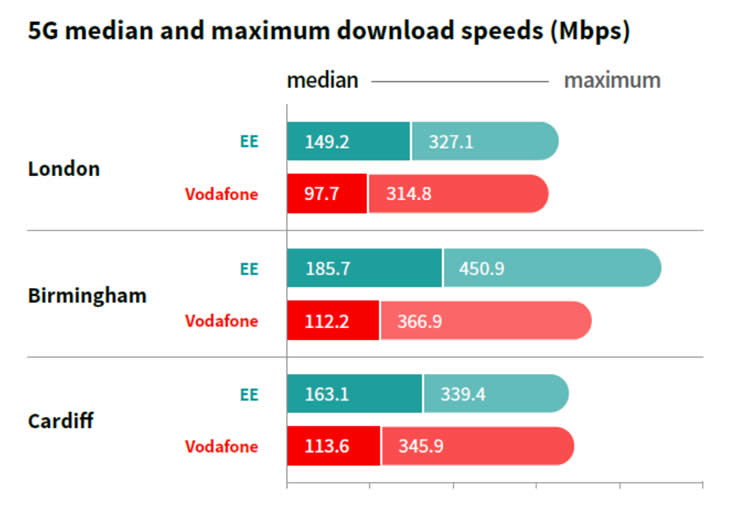 The early 5G speed tests conducted during the summer and fall of 2019 show the potential for future 5G services, according to RootMetrics. For consumers, having faster network speeds means mobile streaming experiences will be better and downloading content will take less time. 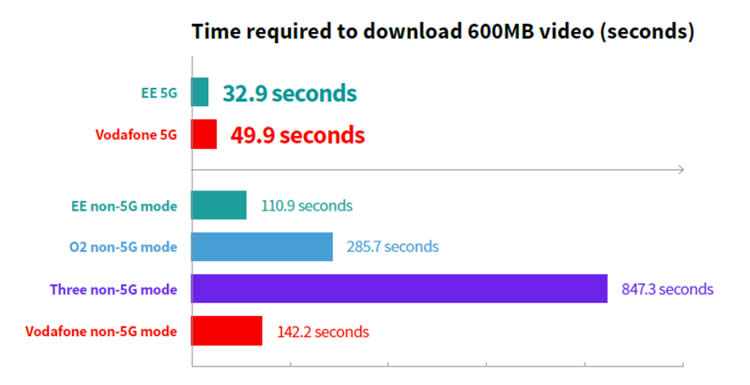 O2 and Three had not launched commercial 5G services at the time of testing, but RootMetrics plans further tests later this year.