EE 5G is now available in 14 more cities and towns 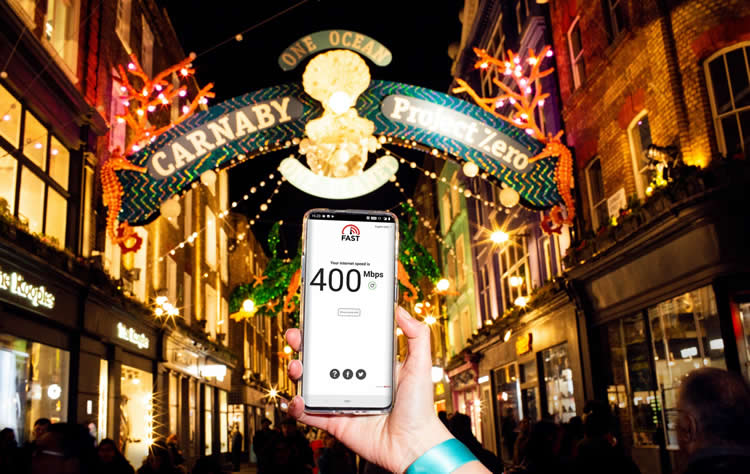 That brings its 5G coverage up to 12 cities and 29 towns overall, for combined coverage of 41 locations. By the end of the year EE is aiming to bring that number up to at least 45.

And the network has also expanded its 5G presence in places that already had some coverage, with a particular focus on high footfall areas, such as London’s Carnaby Street and Camden Market, Bristol Parkway and Cardiff Castle.

Currently it looks like EE’s 5G roll out could mirror its 4G one, in that it might manage to retain a substantial lead on rivals. As not only is its coverage expanding quickly, it also – according to independent testing from RootMetrics – has the broadest 5G availability, including better coverage in London, Cardiff and Birmingham than rivals.

EE also achieved the highest average download speeds in these places, with three quarters of tests in London, whether on 4G or 5G, achieving speeds of at least 50Mbps, while 60% of tests saw speeds higher than 100Mbps.

Marc Allera, CEO of BT’s consumer division, said: “Switching on 5G in more places is helping us deliver the best mobile experience to our customers, keeping them connected to the things that matter most. RootMetrics’ early 5G testing shows that we are a long way ahead in terms of 5G performance, and our engineers are continuing to build new sites every day, on our journey to keeping our customers connected 100% of the time.”

Of course, it’s no real surprise that EE is ahead, because as with 4G it launched its 5G services before rivals, but with the latest progress its lead is substantial. It will be interesting to see how long EE can retain it for.