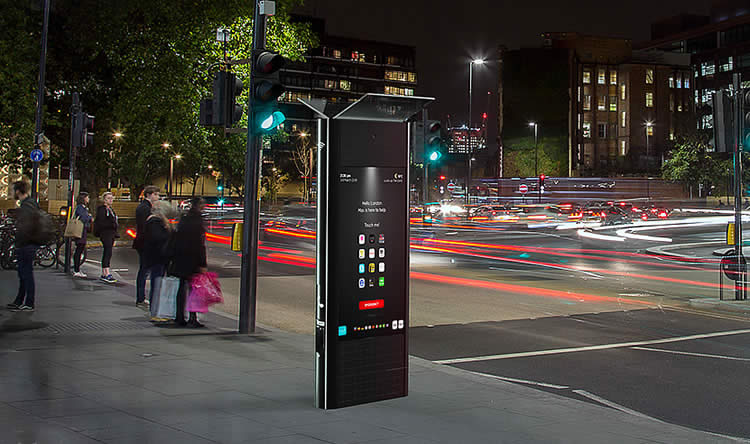 Maximus Networks has announced that it will be investing over £150 million in a national network of more than 2,000 interactive street hubs. These ‘Max 3’ obelisks will provide a wide range of public facilities, including free Wi-Fi, phone calls, wayfinding and even rapid device charging.

The Max 3’s app-based touchscreen interface will also provide public safety and information facilities, such as access to emergency services and Childline. They will also contain cameras that can be activated if a citizen feels threatened. Meanwhile local businesses will be able to utilise the large portrait screens of these Max 3 hubs to advertise their wares.

Beyond individual user applications, the Max 3 hubs will bolster local 5G and 4G connectivity through the installation of small cell technology. They will also supply smart city functions, such as pollution and traffic monitoring and weather data capture. 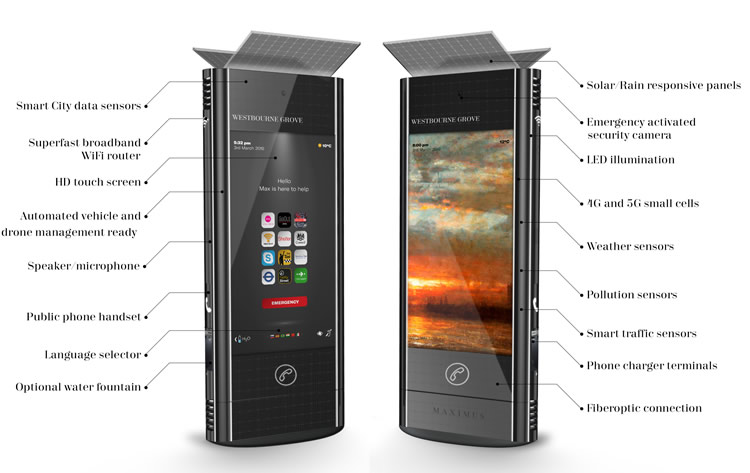 Maximus Networks is working with UK street furniture manufacturer Trueform to make these Max 3 hubs, which will be installed on high streets across the country from 2019 onwards. Trueform is well known for its work as a major street signage supplier for Transport for London.

Ashley Smatt, CEO of Maximus Networks, said, “We’re delighted to be in a position to invest significantly in the upgrading of the UK’s public telecoms infrastructure. Working with Trueform on the design and build of the Max 3 hub, we have created the world’s most technologically advanced hub with unrivalled functionality. In order to adapt to the challenges of today and tomorrow our cities need to become ‘smart’. By upgrading public telecommunications we are connecting communities and bringing our cities, town and villages into the digital age, make life easier and better for all citizens.”

The Max 3 project has been likened to New York City’s LinkNYC initiative, which has been filling The Big Apple’s streets with 10-foot-tall multi-function kiosks since 2015. However, the Maximus website calls the UK’s Max 3 project “the most technologically advanced and valuable hub of its type in the world”.

This won’t be the first time we’re seeing small cells added to the UK’s street furniture. Arqiva for example has inked a deal to stick small cells on thousands of London’s lampposts, but these Max 3 hubs sound far smarter and more versatile – not just powering future 5G networks but also acting as a smart hub for passers-by. 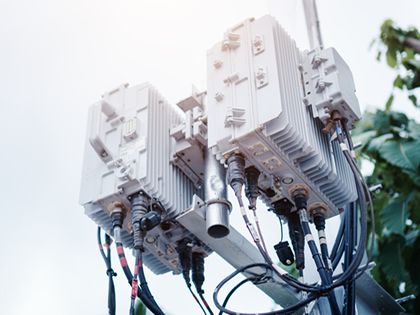