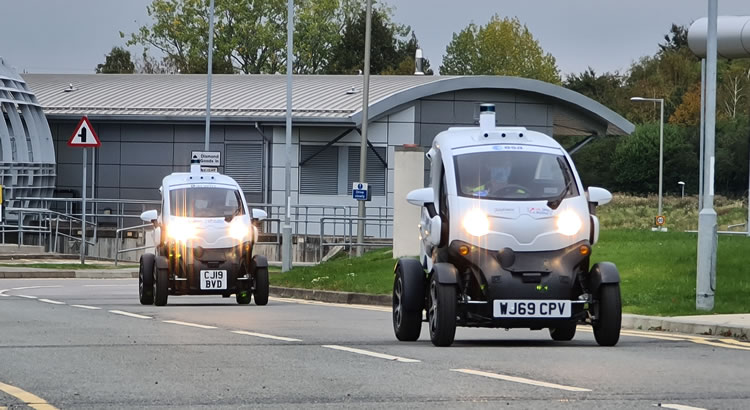 O2 has just launched the first commercial 5G satellite lab in the UK to test autonomous vehicles. That mouthful of a sentence means that the mobile network’s new lab will use a combination of 5G and satellite communications to test connected and self-driving vehicles.

We’ve known for a long time that the speed and reliability of 5G would be key to putting connected and self-driving cars on the roads, but it’s combined here with satellite communications because the latter could help to ensure connectivity is seamless even in remote and harder-to-reach areas.

That in itself is key if autonomous vehicles are to have any sort of commercial future, as they won’t be much use if there are large parts of the country that they can’t travel in due to lack of connectivity.

The new lab is called the ‘Darwin Satcom Lab’, and it’s part of Project Darwin - a four-year trial programme that’s based in the Harwell Science and Innovation Campus in Oxfordshire, and supported by both O2 and the European Space Agency.

The lab is open to businesses now, allowing them to access its resources (including two customized Renault TWIZY electric cars, that can be driven around the campus remotely).

O2’s 5G Innovation team will be able to remotely track the vehicles, including their position, movement and speed, but that’s just the start, as new ideas are already being tested.

For example, LiDAR (Light Detection and Ranging) sensors are allowing for the tracking of CO2 emissions from the vehicles, and by using satellite imagery the lab team can calculate the emissions savings of taking different routes, leading to more environmentally friendly vehicle use.

Derek McManus, COO at O2, said: “We’re delighted to announce that the Darwin SatCom Lab is now open for business at Harwell Campus, allowing companies to put theory into practice and test innovative ideas using our connected and autonomous vehicles.

“The Lab is further proof that O2 is at the forefront of connectivity and accelerating Britain’s recovery by helping British businesses to harness the power of 5G and satellite communications in order to benefit their customers. It’s the next step in getting autonomous vehicles on the road and making the UK’s transport network greener.”

As for everyone else, this 5G-powered lab brings us one step closer to making transport truly smart – and hopefully a little bit greener.