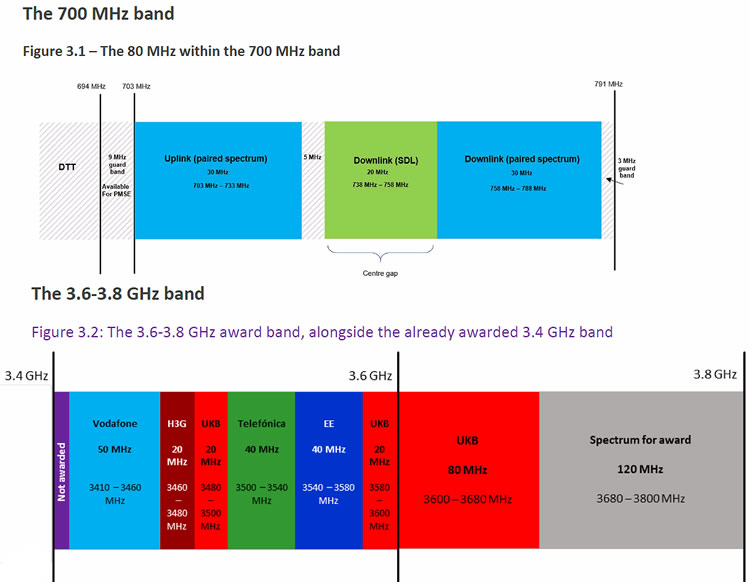 But EE, O2, Three and Vodafone last month agreed an alternative plan. The mobile operators struck a deal with the government to build a Shared Rural Network (SRN) to provide 4G coverage to at least 92% of the UK over six years. The operators committed to investing £530 million in new and existing cell sites in rural areas that they will all share, while the government said it will chip in £500 million for the project.

Since the SRN agreement will result in better mobile coverage than Ofcom’s original auction proposals, the regulator has decided to drop the coverage obligations. But there will be binding conditions written into the new licenses based on the agreed SRN terms.

An Ofcom spokesperson said: “We warmly welcome these commitments, which follow detailed discussions between Government, Ofcom and the mobile operators. These improvements will make a real difference to mobile customers across the UK, and we’ll ensure they’re legally binding by writing them into operators’ licences. We will also monitor and report on companies’ progress in achieving better coverage.”

Ofcom is now consulting on the updated auction rules. The consultation ends on December 9. In addition to the removal of coverage obligations, Ofcom also proposes to structure the auction using a format called “simultaneous multiple round ascending.” This is the same format used in the 2018 spectrum auction in the 2.3GHz and 3.4GHz bands.

The auction structure involves two stages of bidding and is intended to help reduce fragmentation within the broader 3.4GHz to 3.8GHz band by allowing winning bidders to negotiate how specific frequencies will be allocated and better align newly acquired frequencies with their existing holdings.

Ofcom plans to publish its final decision in early 2020 and hold the 5G auction in the spring.