Oppo Reno 5G launched for €899 and coming exclusively to EE 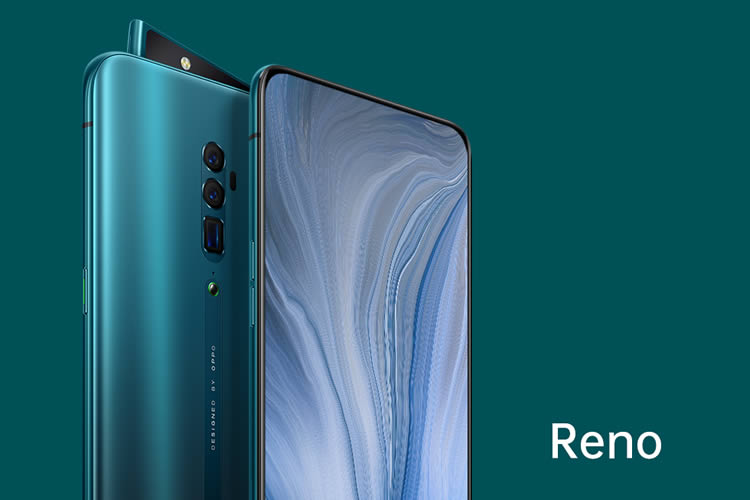 Another handset has joined the ranks of 5G phones, this one being the Oppo Reno 5G, which was recently announced and which EE has now confirmed it will be the exclusive network operator for in the UK.

As well as 5G, the Oppo Reno 5G has a 6.6-inch 1080 x 2340 AMOLED screen that takes up almost the whole front of the device – there’s no notch or top bezel and hardly any bezel at the bottom. What you get instead is a pop-up 16MP front-facing camera which slides out like a fin.

The Oppo Reno 5G also has a triple-lens rear camera, with a 48MP main lens, an 8MP wide-angle one and a 13MP telephoto lens capable of 10x lossless zoom.

Other highlights of the phone include a big 4,065mAh battery, an in-screen fingerprint scanner, 8GB of RAM, 256GB of storage, and a top-end Snapdragon 855 chipset. There’s also a microSD card slot and stereo speakers. 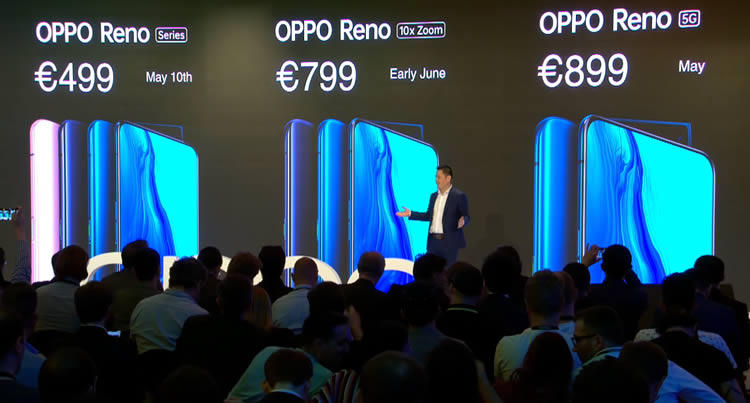 The Oppo Reno 5G will be landing in some regions in May. It’s not clear if the UK will be among them, but we’d expect it to arrive for the launch of EE’s 5G network, which is likely to be switched on sometime this summer.

As for price, EE hasn’t revealed what it will cost here yet, but in Europe the Reno 5G is €899, which amounts to around £775. We wouldn’t expect an exact conversion but expect to pay something along those lines SIM-free. Of course, EE will surely offer the Oppo Reno 5G on contract, so you won’t have to pay that much upfront.

This is one of many 5G phones that EE has already revealed it will sell. Others include the Samsung Galaxy S10 5G, the LG V50 ThinQ, the Huawei Mate X, and the upcoming OnePlus 5G handset, which is rumoured to be landing as the OnePlus 7 Pro 5G. So you should have plenty of 5G phone choices even on day one if you opt for EE.