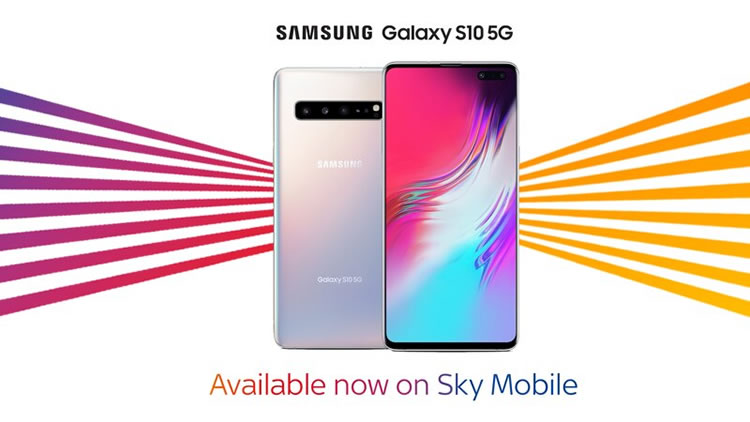 Sky Mobile doesn’t have a 5G network yet, but that hasn’t stopped it from offering 5G phones, as the company now sells the Samsung Galaxy S10 5G, while the Samsung Galaxy A90 5G is available to pre-order, and will be stocked from October 4th.

That means you can get ready for 5G ahead of the network’s roll out, which is set to start later this year. The network hasn’t said exactly when it will switch on 5G, but has previously said that it’s coming ‘by’ November.

As for these 5G phones, the Samsung Galaxy A90 5G looks set to be one of the more affordable 5G options, as you can get it on plans starting from £33 per month with 1GB of data on a 24-month contract, while 10GB of monthly data will set you back just £37 per month.

The Samsung Galaxy S10 5G is predictably more expensive, but not unreasonable, coming in at £49 per month with 1GB of data and £53 per month with 10GB. Those aren’t the only options either. In fact, Sky Mobile has recently upped its max data limits to 50GB, which will set you back £62 per month or £78 per month for the A90 5G or S10 5G respectively.

The 10GB option above is the real steal though, as right now Sky Mobile is offering that tariff at a £180 saving over what that much data usually costs across the life of the contract.

And grabbing these handsets on Sky Mobile doesn’t just get you decent prices, it also gets you data rollover, the ability to change your allowances every month, and unlimited streaming on all Sky apps without using your data allowance.

Sky Mobile has announced its plans to introduce 5G to its network by November 2019.