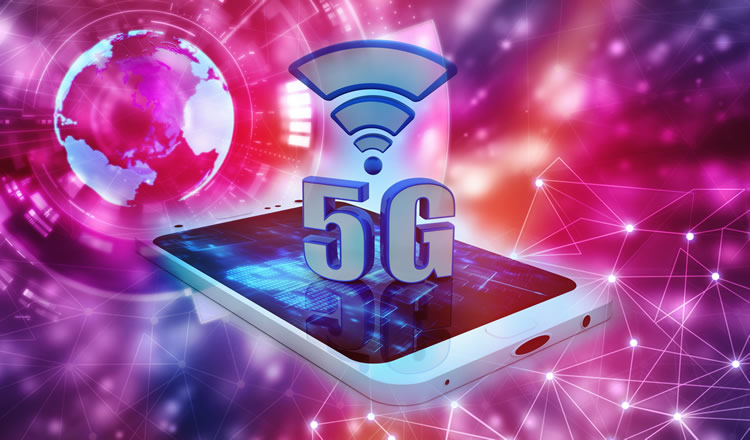 5G is finally starting to roll out in the UK and across the globe, and it brings with it far, far higher speeds than 4G.

That’s true even now in the early stages and will become even more so as 5G develops over time and becomes ‘standalone’ rather than relying on a combination of 4G and 5G infrastructure.

And now that it’s actually here we have a much clearer idea of what kind of initial speeds you can expect, rather than just having to rely on theoretical ones.

So if you’re wondering whether you should get on board, or wondering what kind of speeds to expect when you do, read on, and get ready for a seriously fast upgrade. 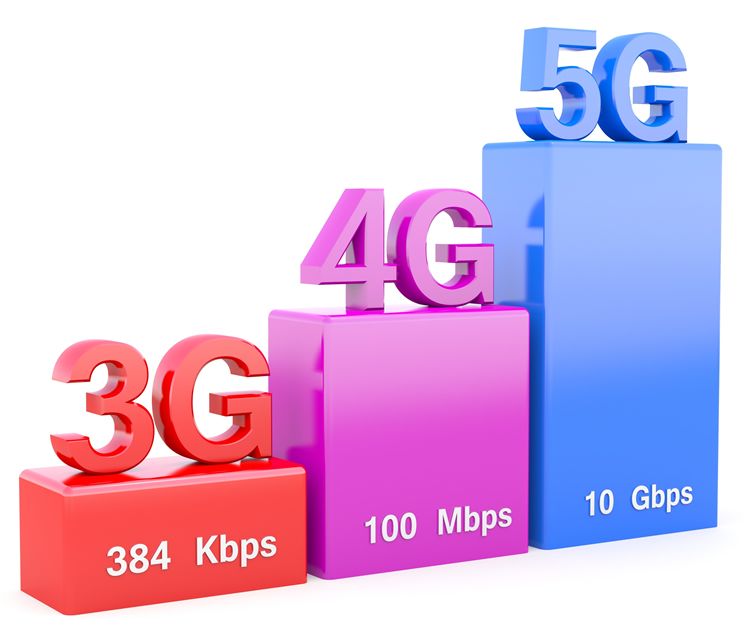 As with 4G, the 5G speeds you get will in part depend on the network you use and where you are. At the time of writing, EE, Vodafone, Three and O2 all have a live 5G network, as do some MVNOs (mobile virtual network operators), namely BT Mobile, Sky Mobile, Tesco Mobile, and VOXI.

EE says to expect average speeds of 100-150Mbps more than on 4G (which, given 4G speeds, would mean an average of around 130-240Mbps). Vodafone meanwhile says to expect 5G speeds of around 150-200Mbps on average, and O2 hasn’t specifically said how fast its 5G is, but we’d expect it to be similar.

Three on the other hand has claimed that it can offer 5G speeds up to twice as fast as any rival, so it could be a lot faster. That’s speculation for now, as the network hasn’t given any specific numbers yet, but a speed boost of some amount is likely, as it has both more 5G spectrum and more contiguous 5G spectrum than rivals.

Early reports suggest average speeds are roughly in line with the figures above. For example, an Opensignal report from May 2020 showed that the UK’s average 5G download speed across all tested networks was 138.1Mbps.

An even more recent report from Opensignal showed an average 5G speed on EE of 149.8Mbps, while on Vodafone it was 122.1Mbps, with other UK networks not tested.

We’ve also seen more localised tests in select cities, with RootMetrics finding in early 2020 that EE had a median 5G download speed in London of 149.2Mbps. In Birmingham, its median speed was 185.7Mbps, and in Cardiff it was 163.1Mbps.

Vodafone was also tested, with a median 5G download speed of 97.7Mbps in London, 112.2Mbps in Birmingham, and 113.6Mbps in Cardiff.

In most of these tests EE comes out on top – though Three is notably absent from the reporting as its 5G launch arrived later.

While we’re starting to get a fairly clear idea of average 5G download speeds, there seems to be less clarity when it comes to maximum speeds.

EE and Vodafone say to expect peak speeds that reach or exceed 1Gbps, and Three with its claims of speeds that are up to twice as high as rivals could theoretically be looking at peak download speeds of around 2Gbps.

Not only that, but an Opensignal report using data collected by users from April-September 2019, found that the maximum real-world 5G speeds achieved in the UK were 599Mbps. That’s still far higher than 4G, or even than the average 5G speeds that Vodafone and EE point to, but some way short of 1Gbps+ speeds.

It’s worth noting that this is a small improvement on the maximum speeds experienced between April and June 2019 though, as there the UK topped out at 569Mbps. So things are heading in the right direction. And four countries are now reaching top speeds of over 1Gbps according to Opensignal, with the US at the top of the pack with 1,815Mbps. So the UK is off to a relatively slow start, but the potential of 5G is already being shown elsewhere.

In all cases though, this is likely just the start. As 5G evolves and becomes less dependent on 4G infrastructure, and more spectrum becomes available, estimates put download speeds at up to 1000 times faster than 4G, potentially exceeding 10Gbps, which would enable you to download an entire HD film in less than a second. Some estimates are more conservative, but even the most conservative put it at several dozen times faster than 4G.

The following table illustrates just how much faster 5G is and will be than existing networks. Note that for ‘average download speeds’ we’ve used the highest average speeds on Ofcom’s Mobile Network Experience Update from April 2020 for the 4G and 3G speeds, while the 5G speeds come from network estimates.

Some insane speeds well beyond today’s 5G speeds have already been seen. The UK’s 5G Innovation Centre achieved around 1 terabit per second (1Tbps) in a test environment. That’s roughly 65,000 times faster than typical 4G speeds and would enable you to download a file around 100 times larger than a full movie in just 3 seconds. However, such speeds are unlikely to be replicated in the real world.

Ofcom for its part sees 5G as achieving real world speeds of between 10 and 50Gbps, which is insanely fast whichever end of the scale it ends up at, and will allow for new use cases, such as 8K 3D videos. In short, it’s clear that 5G will leave 4G in its dust, even more so than it already is doing. 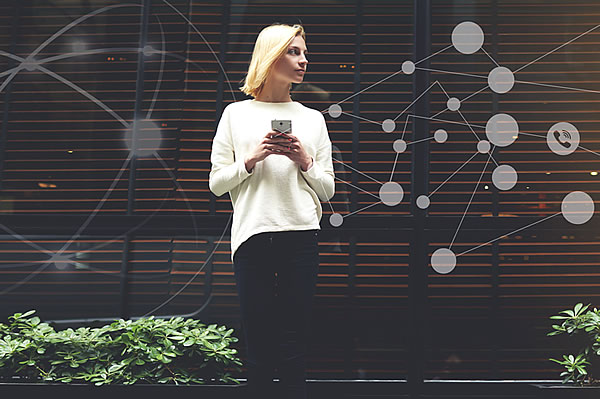 Networks haven’t talked much about average 5G upload speeds yet and nor is there much other data on the subject, but the consensus is that you’ll eventually be able to upload data at many gigabits per second, possibly up to 10Gbps.

That won’t be the case on day one though. You can expect upload speeds typically to be at most around half the speeds you get with downloads, so right now that means a likely average of at most 65-120Mbps.

Latency is how long it takes the network to respond to a request, which could be you trying to play a song or video or load a website for example. It has to respond before it even starts loading, which can lead to minor but perceptible lag and is especially problematic for online games, as each input has a new response time.

Over 3G those response times are typically around 60 milliseconds (ms) and on 4G they’re around half that at roughly 35ms. The theory is that on 5G response times will ultimately drop to just 1ms, which will be completely imperceptible.

That will help with all the things we use data for now, but more than that it’s necessary for new mobile data uses, such as self-driving cars, which need to respond to inputs and changes in situation immediately.

As with speeds though, super low latency won’t be achieved on day one, with studies from Ookla showing an average 5G latency in late 2019 of between 21ms and 26ms.

DATA TRANSFER SPEEDS OF 10Gbps and 8K Video in 3D?

These numbers are all very impressive, but what do they actually mean?

According to AT&T, at 1Gbps you can download 25 songs in under a second, a TV show in under three seconds and an HD movie in less than 36 seconds. These rates are currently available over its fixed GigaPower ultra-fast internet service and it has indicated the same will be possible over 5G at 1Gbps. Qualcomm, on announcing its X50 5G modem in October 2016, said it would be able to download a 1.5GB film in two to three seconds, compared with 10 to 15 seconds at 1Gbps.

As speeds approach 10Gbps, film downloads will become near instantaneous, and with all this extra speed whole new use cases become far more viable, such as streamed console-quality games, 8K video and even holographic content.

Check out our full guide to 5G for more about its potential now and in the future.

10Gbps is widely accepted as a realistic expectation for 5G when it is fully commercially available, but early 5G services seem to be topping out at around 1Gbps at most. And even once the networks can support such speeds, we will all need compatible high-end smartphones to be able to exploit them.

However, even with average speeds seemingly sitting at around 130-240Mbps in the early days of 5G, that is still a significant improvement over 4G or even the majority of home broadband services, as noted above.

Furthermore, the data transfer rates should be stable for an entire download, unlike 4G where peak transfer rates very rarely last for the duration of a download. Realistically, we should soon start to see rates in the 1-3Gbps range.

Ofcom has announced that bidding for the next batch...