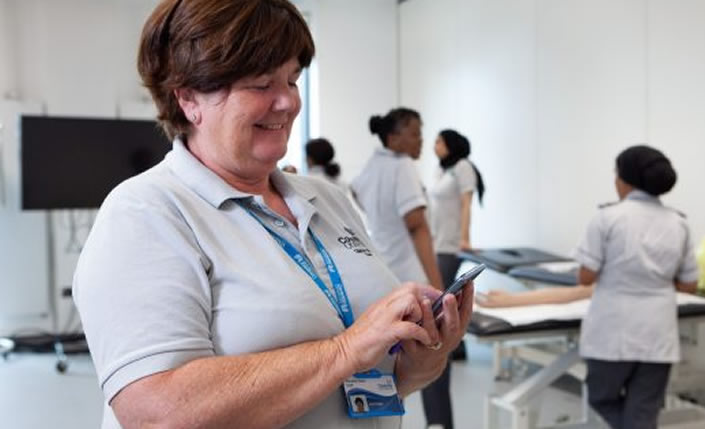 One year on from launching its 5G network, Vodafone is looking to take the next step, as it has just become the first UK network to showcase ‘standalone’ 5G, having built a standalone 5G network at Coventry University.

This, as the name suggests, is 5G on its own, whereas right now the UK’s networks are using a mix of 5G and 4G technology, even when you connect to a 5G network.

The move to standalone will allow for many benefits that you don’t get with non-standalone 5G, including even lower latency (the time it takes for the network to respond to a request), more reliably high speeds, and improvements to the Internet of Things (IoT).

Those IoT improvements will allow for things like completely automated factories, and standalone 5G also supports network slicing, where dedicated pieces of the network can be supplied to fill specific roles, with guaranteed performance. Edge computing also becomes more viable with standalone 5G. This in practice means quicker response times, which is vital for advanced virtual and augmented reality technologies.

Vodafone’s new standalone 5G network will be used to demonstrate many of these benefits, as well as to trial state-of-the-art virtual reality learning technologies to support training for student nurses and allied health professionals.

Vodafone has also blanketed key buildings in the university with 5G, by installing Ericsson’s 5G Radio Dot System in them.

Vodafone UK’s Chief Technology Officer, Scott Petty said: “This is a landmark in our 5G journey – just one year on from launch. 5G today is all about capacity and increased speeds. It’s giving people the best mobile experience ever, but it’s only the tip of the iceberg of what 5G can do.  With this new live network we’re demonstrating the future potential of 5G and how it will be so valuable to the UK economy.”

Of course, while this is a big step it’s still likely going to be a while before Vodafone rolls out standalone 5G to its wider network, but this shows that it’s interested in doing so, and well on the way.

Not bad for just one year of 5G connectivity, especially when you consider that Vodafone has also brought 5G to 44 UK towns and cities in that time, as well as being the only UK network to offer 5G roaming.