iPhone 12: all your questions answered 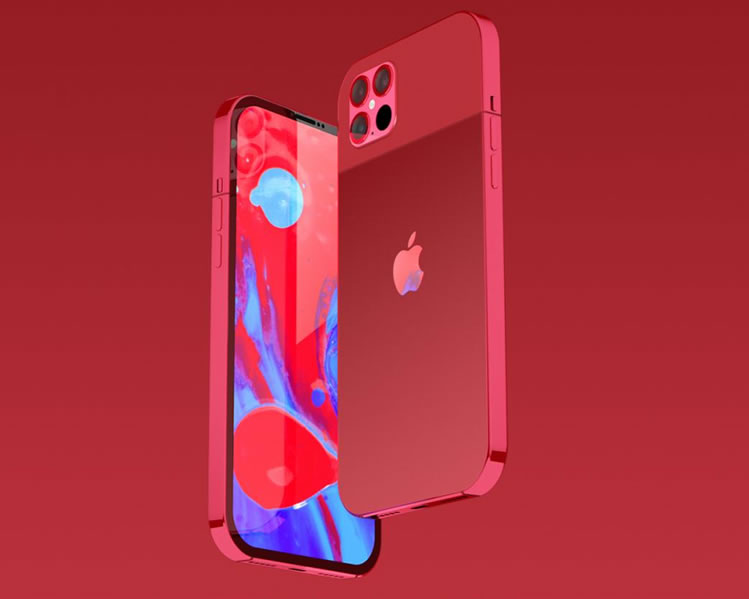 Image: iPhone 12 concept produced by ourselves.

The iPhone 12 will be the hottest smartphone range launched in 2020. Of that we have no doubt.

That’s typically the case each and every year, of course. Apple has dominated and defined the smartphone conversation for more than a decade now.

But this year’s iPhone range is going to represent the biggest and most consequential update in several years. Here’s everything you need to know about the iPhone 12.

When will the iPhone 12 be unveiled?

Apple has a history of announcing its new flagship phones on the second Tuesday in September. If we were to take an educated guess on the likely unveiling of the iPhone 12, then, we’d put forward September 8th as a distinct possibility.

You’ll likely be able to pre-order the iPhone 12 on the Friday of that week, which would be September 11th, with availability likely pegged for a week later on September 18th.

So far we’ve used the iPhone 12 as a catch-all term for the next generation of Apple smartphones. But all indications are that we’ll be getting four distinct phones in September which are the:

This would go one better than Apple’s 2019 iPhone 11 offering, and has been supported by numerous online rumours and leaks.

What size options will the iPhone 12 come with?

If well-sourced internet reports are to be believed, then Apple is changing its sizing up for the iPhone 12 - and not just because there’s an extra model to consider. This year, the range will expand in a strictly linear fashion according to how much you’re willing to pay. 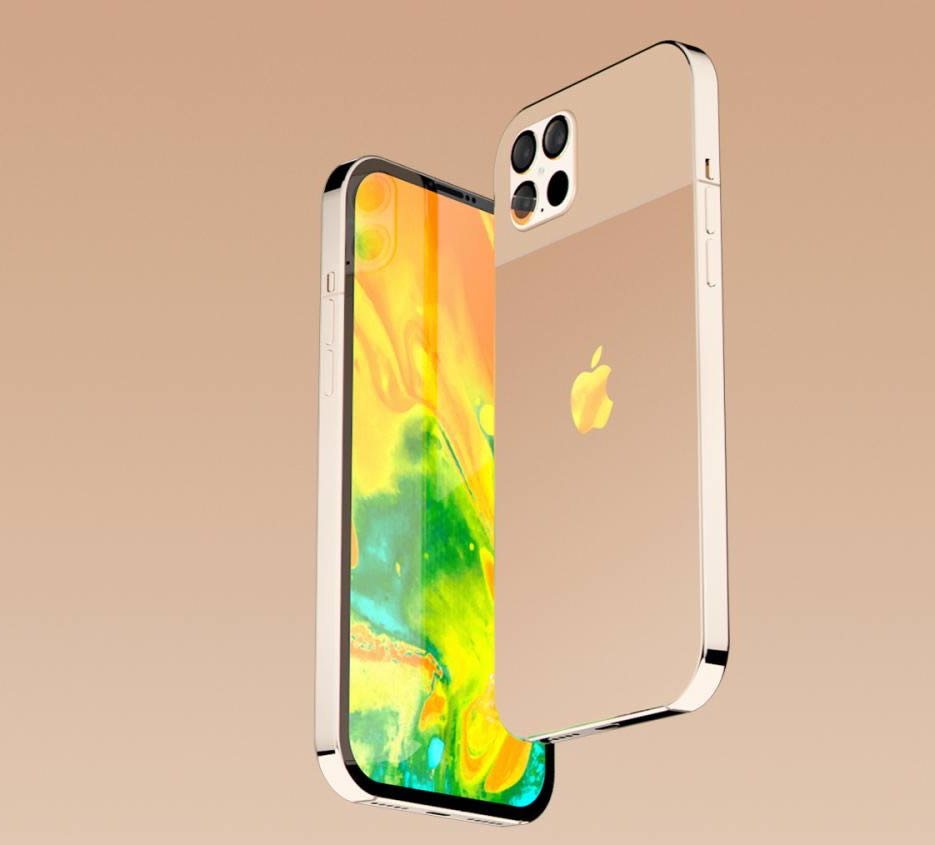 Image: iPhone 12 concept produced by ourselves.

The iPhone has looked more or less the same since 2017’s iPhone X shook things up. The iPhone 12 will represent a bold new design direction for Apple.

Bold, but simultaneously familiar. As our own render video shows, the word from the production line is that the iPhone 12 will return to the flat edges of the iPhone 4 and iPhone 5 generation, but with the all-screen approach of the iPhone 11. The screen notches may be a little smaller this time around, too.

Can I view a concept video of the iPhone 12?

We’ve produced our own concept video showing how the iPhone 12 could shape up, based on assembly line reports and rumours. You can watch this below.

What are the new features of the iPhone 12?

Besides an exciting new design and increased performance, the iPhone 12 is expected to introduce 5G connectivity across the range for the first time.

We’re also expecting the two Pro models to feature the same Lidar camera technology as can be found in the latest iPad Pro, which will enable superior augmented reality (AR) applications.

How much will the iPhone 12 cost?

The iPhone 12 range should fall broadly in line with the current iPhone 11 range pricing. According to some reports, the iPhone 12 Max will cost $749, which is a $50 bump over the equivalent iPhone 11. That should work out to somewhere shy of £800.

Intriguingly, though, the entry-level iPhone 12 could cost as little as $549, which would bring it in under £600.

What colours will the iPhone 12 be available in?

Apple is expected to debut a new navy blue option with the iPhone 12 Pro, whilst it could also stick with the Midnight Green colour that proved so popular with the iPhone 11 Pro. Space Gray, Silver and Gold are iPhone staples, so don’t be surprised to see some or all of those too.

As for the iPhone 12, it might just go with the simpler colours of the iPhone 11, which would be White, Black, Green, Yellow, Purple, and Red. But we won’t know any of this for sure until launch.

What will the iPhone 12’s performance specifications be?

If there’s one thing you can be sure of, it’s that Apple will fit the iPhone 12 family with its next generation processor, set to be called the A14. Early leaked benchmark tests seem to suggest that it will blow every other mobile chip out of the water.

There might also be a 50% boost to 6GB of RAM for the Pro models, which would make multitasking and other memory-intensive tasks more rapid. The two plain iPhone 12s will probably stick at 4GB.

How much storage will the iPhone 12 have?

Reports suggest that Apple will ditch the 64GB entry point for its phones in favour of a 128GB minimum. Above that will be a 256GB option for the iPhone 12 and iPhone 12 Max, and 128GB and 512GB options for the two Pros.

How big will the iPhone 12 battery be?

The new iPhone 12 design will be flatter and thinner than before, which could spell bad news for the battery. Three new iPhone battery models recently appeared in certification, and they’re all smaller than their iPhone 11 equivalents: 2227mAh, 2775mAh, and 3687mAh versus the iPhone 11 family’s 3,046mAh, 3,110mAh, and 3,969mAh.

Of course, Apple’s A14 chip is likely to be much more power-efficient than the A13, and possibly even built using a much smaller 5nm production process. You should still expect roughly equivalent battery life.

There could also be 4G-only options available for the two lower models, it seems.

What display will the iPhone 12 have?

It seems all will be vibrant OLED panels, which is a first for an entire iPhone range. And all will contain Apple’s signature Face ID notch, though reports suggest that this will be reduced in size.

The biggest differentiating factor for the Pro screens will be the inclusion of a 120Hz refresh rate, which would make them twice as smooth as the non-Pro models and previous iPhones.

How much better will the iPhone 12 camera be?

However, the two Pro models may also get a Lidar sensor, which would bolster their spatial awareness and depth-sensing abilities for superior augmented reality applications and Portrait photos.

Will the iPhone 12 be waterproof?

There hasn’t been much in the way of corroboration, but it’s highly likely that the iPhone 12 will retain the IP68 water and dust resistance rating of its predecessors. Anything less would be a backwards step from Apple.

What will iOS 14 have to offer?

Apple has already showcased its forthcoming iOS 14 software, which will ship with the iPhone 12. Indeed, it’s available to download now in beta form for older iPhones, so we know what to expect.

Does the iPhone 12 come with AirPods

No, the iPhone 12 will almost certainly not come with AirPods. The company makes serious money selling its popular wireless earphones separately.

In fact, rumour has it that Apple won’t feature any earphones of any kind with the iPhone 12. You’ll either need to keep your existing ones, or buy a set of AirPods for yourself.

What will come in the iPhone 12 box?

Reports suggest that Apple won’t include a charging plug with the iPhone 12. Along with the aforementioned EarPods omission, this could mean that we only get a Lightning cable and a SIM tool in the box.

The justification would seemingly be that most of us already have several charger plugs already, so including another would be wasteful. With every modern iPhone capable of wireless charging, it’s rumoured that Apple will be doing away with the Lightning port altogether in future models.

It’s never a bad idea to buy a brand new iPhone given Apple’s peerless level of legacy support. But we’d only recommend buying an iPhone 11 now if you can obtain a major discount or offer on the phone.

As soon as the iPhone 12 family hits shops, the iPhone 11 will be discounted and possibly even dropped by Apple, which will prompt similar price drops elsewhere. If you can afford an iPhone 11 at full price, our advice would be to hold off for the iPhone 12.

Which iPhone 12 is best for me?

The iPhone 12 will be the entry-level device in Apple’s new range, with the most affordable price tag. This is actually an all new, more compact model that slots in below where the iPhone 11 is at the moment, and it will probably be the iPhone most people go with for those very reasons. The iPhone 12 Max will be roughly equivalent to the iPhone 11, and will provide a slightly larger offering than the iPhone 12.

For those who want a superior, more flexible camera, the iPhone 12 Pro could be the preferred choice. And if you demand all the bells and whistles, including the largest display Apple has to offer, then the iPhone 12 Pro Max will be your best option.