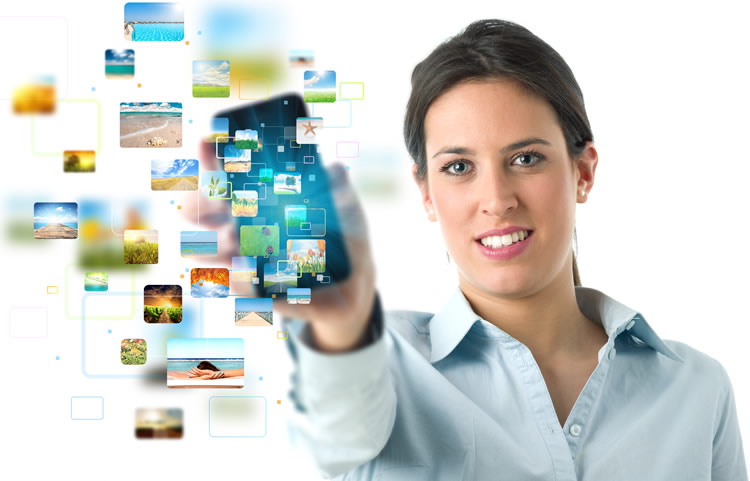 While FWA can often prove more convenient to set up, its key weakness compared to fixed line broadband is performance. Current mobile network technology simply isn’t able to provide download speeds or latency levels that can compete with a modern fibre broadband connection.

However, the next stage of FWA will utilise 5G network technology, such as beam-forming and a high-frequency mmWave (millimeter wave) spectrum, to provide a considerable performance boost to wireless broadband services.

Why is 5G FWA such a big deal?

5G FWA retains the key benefit of current FWA offerings in that it enables the establishment of a quick and cheap broadband service, even in areas that don’t have ready access to fixed line home broadband. 5G FWA doesn’t require any engineering works at the customer end - just the provision of so-called Customer Premise Equipment (CPEs), which can be readily self-installed by the subscriber.

The aforementioned Market Insights report estimates that 5G FWA will reduce the initial cost of establishing 'last-mile' connectivity by as much as 40% compared to a physical fibre line approach.

As a result, 5G FWA is expected to have a huge impact even in developed markets like the US, where there is a sizeable disparity in broadband accessibility between the major cities and sparsely populated rural areas.

The chief advantage here, however, is performance. 5G Fixed Wireless Access will be able to deliver a level of service that’s similar to a fibre-based broadband network, and should even be able to provide data speeds that are well ahead of current broadband standards.

Initial 5G trials reported download speeds of 10 to 25Gbps, while the current average UK home broadband speed is around 30Mbps. While so-called ‘gigabit-speed’ home broadband services are incoming, 5G FWA could prove to be a match in many instances.

More recently, in July 2018, the University of Sussex collaborated with Plum to conduct a practical 5G test with clear ramifications for FWA. These tests operated in the recently auctioned 3.5GHz band, and modelled the complicated ways in which 5G signals will interact with buildings and trees. Despite these conditions, the test recorded data speeds that were as much as 100 times faster than normal broadband.

Naturally fixed broadband standards will continue to improve as well, but that’s not the point. What this means is that 5G FWA needn’t just be a replacement service in areas where fixed broadband is unavailable. It could also be offered as a competing service to fixed home broadband, even in more built-up and highly populated areas. More competition, of course, means lower prices and improved services for the end customer.

Why is 5G FWA so much better than 4G FWA?

5G FWA will be able to utilise much higher frequency bands than current 4G networks can support. This will include so-called millimetre bands like 28GHz, which have much more available spectrum than LTE.

This additional spectrum means that there will be more capacity for data traffic and greater download speeds.

These millimetre bands also have a tighter radio beam, so they can be focused for use by fewer users in the immediate vicinity. This means that performance won’t be adversely affected by a high concentration of users, as is the case with current solutions.

Also important is the matter of of latency. With 5G latency predicted to be as low as 1ms, there won't be the significant lag in response times that 4G FWA suffers from. Just like with fixed broadband, when you click on a web link or hit play to stream a video it will respond immediately.

5G FWA will support future mobile usage, and will operate to the same standards as forthcoming 5G mobile networks. The latter won’t commence rolling out to the public until 2020.

This presents mobile operators with the opportunity to use 5G FWA as a means to prepare their networks for full-scale 5G network deployments.

In other words, 5G FWA can be used as a stepping stone to full 5G mobility. It could potentially contribute to a much smoother and quicker transition from 4G to 5G for mobile users.

Conversely, of course, future 5G FWA services will be able to make use of 5G network technology as it spreads around the country.

Who’s working on it?

Since early 2017, the UK Government’s 5G Testbeds and Trials Programme has provided impetus and funding to a number of University-linked 5G testbed facilities across the country. Fixed Wireless Access has been identified as a key 5G rollout model to emerge from these tests.

The 5G Testbeds and Trials Programme is closely related and shares a funding allocation with the Local Full Fibre Networks Programme (LFFNP). Fixed Wireless Access is cited as a "common interest" between the two, and the UK Government is encouraging close collaboration.

In the commercial space, Samsung is working on 5G FWA technology in a number of countries, including here in the UK. From July to December 2017, the Korean tech giant partnered up with British telecoms infrastructure firm Arqiva to conduct Europe’s first UK 5G FWA trial.

Operating across several locations in central London, the test operated in the key 28 GHz band and yielded a stable two-way mmWave link with downlink speeds of around 1Gb. This would be sufficient to stream more than 25 UHD 4K TV channels simultaneously.

Arqiva has also started installing thousands of 5G access units on street furniture (such as lamp posts) across a number of London boroughs. This small cell technology will be used by 5G FWA services to wirelessly connect to receivers placed inside homes and business properties.

What about  UK mobile network operators?

So far the UK's four major mobile networks have kept their 5G FWA cards close to their chests. However, now that the long-delayed 5G auction has taken place, we can expect more announcements to be made over the next year or so.

An August 2018 report carried out by IHS Markit quizzed a range of mobile operators across the globe on their 5G plans. Respondents of the survey widely expected fixed-wireless access (FWA) to be ready to launch before anything else.

One notable move in the UK FWA space came about in May 2017, when UK operator Three acquired UK Broadband, giving it a potential entry point into the mobile broadband market through the Relish brand.

We can also expect EE to be a major player in 5G FWA, especially now that it's owned by broadband giant BT. The company is expected to supply the first 5G network in the UK before the end of 2019.

Whether FWA will form a part of that early launch we’re not yet sure. However, EE has been one of the biggest drivers of 4G-powered home broadband since 2013, and in February 2018 it rolled out a Fixed Wireless Access service to help reach the 580,000 UK homes that still don't have adequate fixed line access.

Away from the major mobile networks, in September 2018, UKWISPA (the official trade body representing the Fixed Wireless Internet Access industry) announced the broadband industry’s first Quality Accreditation Programme for service providers. FWA is clearly about to get a lot bigger, and UK broadband customers are set to benefit more than most.