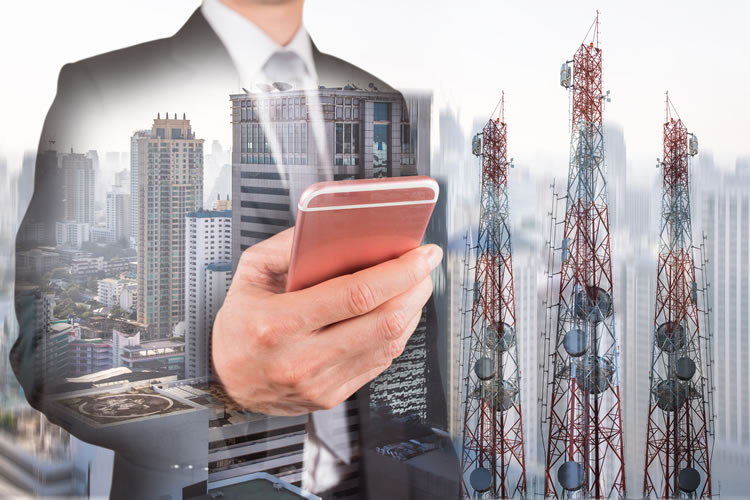 5G New Radio (5G NR) is a completely new air interface being developed for 5G. It is being developed from the ground up in order to support the wide variety of services, devices and deployments 5G will encompass, and across diverse spectrum, but it will build on established technologies to ensure backwards and forwards compatibility.

5G will initially be made available through improvements in LTE, LTE-Advanced and LTE Pro technologies. But it will be soon be followed by a major step-up with the introduction of a new air interface.

The 3GPP (3rd Generation Partnership Project) made decisions on some of the technologies to be used in 5G NR as part of the 5G NR Release 14 Study Item which officially began in March 2016. The first 3GPP 5G NR specification would be part of Release 15, on which work began in June 2016 and is set to complete in September 2018. With Release 14 frozen (completed) in June 2017, from the second half of 2017 3GPP’s work has been focused on Release 15 to deliver the first set of 5G standards.

In March 2017 the 3GPP’s RAN Group committed to accelerate the 5G NR workplan with an agreement for the early completion of an intermediate milestone for the enhanced Mobile Broadband (eMBB) use case (See below). This non-standalone (NSA) 5G NR variant was to be finalised by March 2018 but in fact was approved in December 2017, the first 5G standard. It uses the existing LTE radio and core network.

The first call using the NSA 5G NR standard was completed in February 2018 on a test network in Spain, by Vodafone and Huawei.

The standalone (SA) mode was to be completed by September 2018 but was also finished early, in June 2018. It implies full user and control plane capability using the 3GPP’s new 5G core network architecture.

The March 2017 agreement also defined a framework to ensure commonality between the two variants. It put compatibility at the heart of 5G NR design so that new capabilities and features can be introduced in subsequent releases of the standard.

The accelerated schedule will enable large-scale trials and deployments compliant with 3GPP standards from 2019, earlier than the originally envisaged timeline of around 2020.

In a nutshell, the 5G NR is being designed to significantly improve the performance, flexibility, scalability and efficiency of current mobile networks, and to get the most out of the available spectrum, be that licensed, shared or unlicensed, across a wide variety of spectrum bands.

Furthermore, the 5G NR air interface is just one component of the future 5G network so it must also be designed to work as part of a wider flexible network architecture.

The 5G NR must be able to: deliver a huge number of varied services provided across a diverse set of devices with different performance and latency requirements; support a wide range of deployment models from traditional macro to hotspot deployments; and allow new ways for devices to interconnect, such as device-to-device and multi-hop mesh. And it must do all this at unprecedented levels of cost, power and deployment efficiencies.

How will 5G NR work?

Optimised OFDM-based waveforms and multiple access. An early decision was taken to use the OFDM (orthogonal frequency-division multiplexing) family of waveforms for 5G, although the exact waveform and multiple access implementation has not yet been decided and multiple OFDM variants are being considered for different use cases and deployments.

OFDM waveforms are used by both LTE and WiFi, which will make 5G the first mobile generation that will not be based on a completely new waveform and multiple access design. They will be optimised with more advanced capabilities to deliver high performance at low complexity; support diverse spectrum bands, spectrum types and deployment models; and efficiently support and multiplex all the different use cases.

A common flexible framework to enable efficient multiplexing of diverse 5G services and provide forward compatibility for future services. It will enable lower latency as well as scalability at far lower latencies than is possible with current LTE networks.

As with LTE, much of the early work on 5G NR was led by Qualcomm and, as with the rest of 5G, every mobile carrier and equipment maker of note is in the game: over 40 companies signed the March 2017 agreement to accelerate 5G NR development.

Qualcomm has developed optimised OFDM-based wavelengths that will scale in both the frequency and time domains, as well as optimised multiple access for different use cases and a new 5G NR framework to efficiently multiplex 5G services and features. By early 2017, Qualcomm, in partnership with Ericsson and ZTE, had announced 5G NR trials with AT&T, China Mobile, NTT DOCOMO, SK Telecom, Telstra and Vodafone. It had also expanded its Qualcomm Snapdragon X50 5G modem family to include new multi-mode modems to support the global 5G NR standard (both sub-6GHz and multi-band mmWave) and Gigabit LTE on a single chip. In October 2017, Qualcomm announced the first data connection on a single-chip 5G modem (the Snapdragon X50) and previewed its first mmWave 5G smartphone reference design. It launched the first commercial 5G NR mmWave antenna modules and sub-6GHz RF modules for smartphones and other devices in July 2018, all compatible with the Snapdragon X50. Commercial 5G smartphones took a step closer to reality.

Qualcomm and Nokia announced they would collaborate on 5G NR in September 2017, and in February 2018 completed interoperability testing to the NSA 5G NR NSA specifications. The tests used Nokia’s AirScale base station (which has been commercially available since 2017 and has over 100 customers) and device prototypes from Qualcomm. The move paved the way for 5G NR field trials with a number of operators in 2018, including BT/EE in the UK plus Deutsche Telekom and Vodafone Group which have UK mobile operations.

Qualcomm is also working with other partners on 5G NR. In November 2017, it completed the first end-to-end 5G NR Interoperability Data Testing (IoDT) system with ZTE and China Mobile, demonstrating a data connection based on the standard being finalised by 3GPP. In February 2018 it completed interoperability testing with pre-commercial 5G NR base stations from Samsung in partnership with KT Corporation in South Korea.

BT-owned EE conducted the first test of an end-to-end 5G network architecture in the UK in November 2017, broadcasting 5G NR over 100MHz of 3.5GHz test spectrum. In February 2018, BT and EE extended their strategic partnership with Huawei to include live 5G NR trials.

Huawei launched its first commercial 5G terminal in February 2018, incorporating the Balong 5G01 chipset developed in-house. The terminal comes in a sub-6GHz model and an mmWave model, with both indoor and outdoor units. In July 2018 the vendor completed 5G NR interoperability and development testing with Intel and China Mobile, successfully interconnecting NR-compliant terminals and network from different vendors. Huawei and Intel had agreed to partner on 3GPP-based interoperability trials in September 2017. Intel has been working on a number of 5G NR trials in preparation for the availability of its XMM 8000 series of 5G multi-mode chipsets in commercial devices in 2019.

The March 2017 3GPP agreement to accelerate development of 5G NR was a significant step forwards along the road to 5G, and the completion of both the non-standalone (NSA) and stand-alone (SA) 5G NR variants ahead of schedule underlines the considerable progress that has been made. Pre-commercial NSA 5G NR trials followed hard on the heels of the NSA variant being finalised, and now the SA variant has been agreed we should start to see trials there also. 5G NR-capable products are already commercially available, with smartphones expected to come in 2019 now Qualcomm has released antenna and RF modules. There is still work to be done to make 5G NR a reality, but the progress made thus far indicates commercial 5G deployments could begin as soon as late 2019.

ABI Research has forecast that manufacturing will...

Work by O2, Ericsson and Northumbrian Water is set...