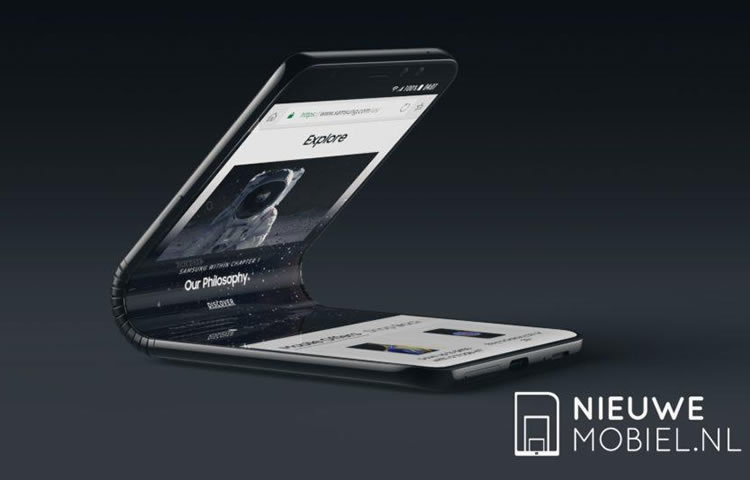 Huawei first hinted at its 2019 5G phone back in February at its own Global Analyst Summit in Shenzhen, giving few specifics other than that the company plans to incorporate its own modem. This week, Hu revealed that the 5G phone’s screen will be foldable. He was speaking during a 5G panel at the World Economic Forum event held in Tianjin, China.

“In our first [5G] smartphone we’re going to introduce a foldable screen,” he is quoted as saying.

Note: the above is not the actual Huawei flip phone, but merely a concept flip phone.

Huawei’s first 5G phone will be powered by the Kirin 980 chipset, according to reports. The Kirin 980 will also support non-5G phones such as the Mate 20 series and the Honor Magic 2. These phones will have the first Cat. 21 modems offering download speeds of up to 1.4Gbps and carrier aggregation abilities. These capabilities are leading some to call them ‘4.5G phones’.

Future Huawei 5G phones may incorporate Huawei’s Balong 5G01 chipset, which was launched at Mobile World Congress in February 2018. It has theoretical downlink speeds of up to 2.3Gbps. However, analysts say the Balong 5G01 is too large to be likely to show up in early 5G models, and that it’s mainly designed for mobile hotspots and connected cars.

Huawei’s won’t be the only 5G phone launching next year. Plenty of other companies have made announcements about 5G handsets recently.

Some expect Sony’s Xperia XZ4 to land first, with the company recently writing on its official blog to draw attention to all the times when it has been first to market with new technology.

Samsung has also said it wants to be the first to launch a 5G phone and is working with South Korean carriers to make it happen. However, it won’t be the Galaxy S10, as many had expected. Samsung, incidentally, could also beat Huawei to launching a folding phone, but it’s not clear whether this will support 5G.

US carrier Sprint meanwhile is working with LG to release its first 5G smartphone in the US in the first half of next year.

OnePlus in China says it is working with US manufacturers to launch a 5G phone in 2019 – probably the OnePlus 7.

Apple has been tight-lipped but commentators say it could also launch a 5G iPhone in 2019. Apple is also known to be testing 5G technology.

The first 5G phone certification is expected later this year.